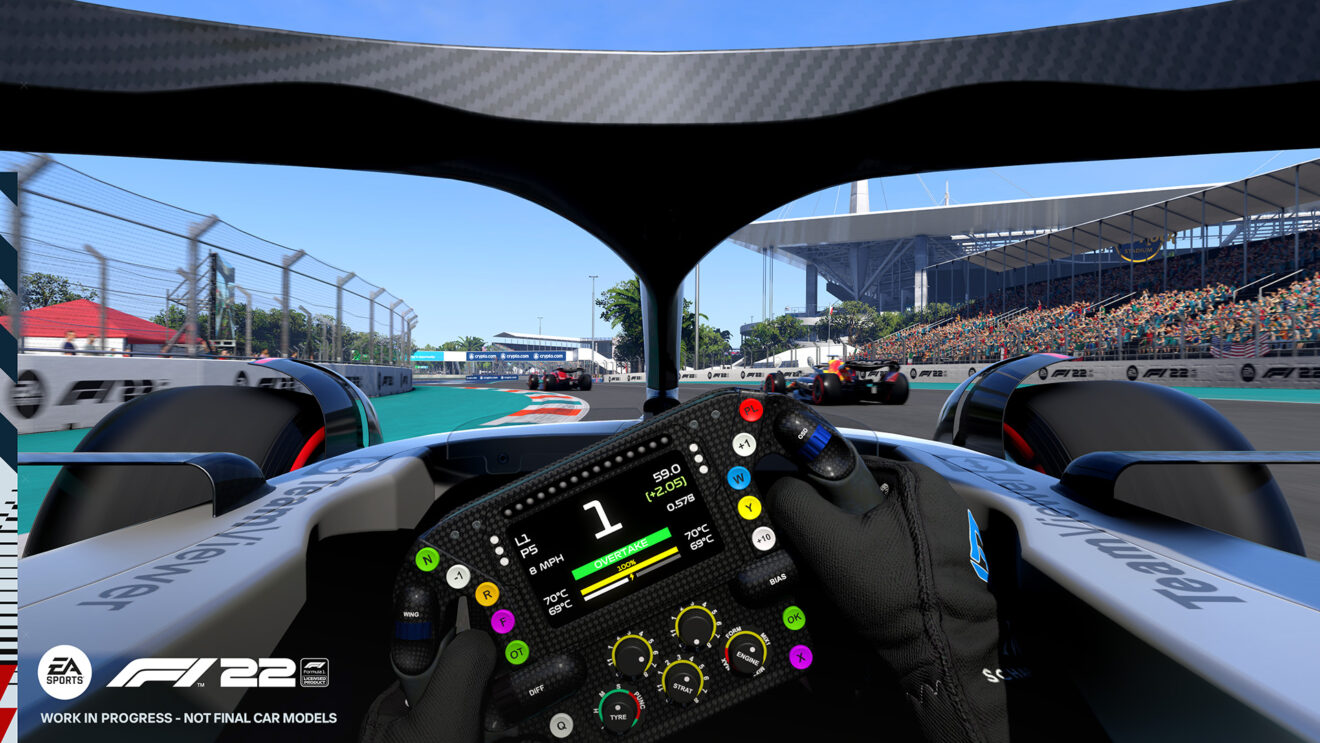 Outside of video games, I’m not much of a racing guy. I tried to watch a NASCAR race on TV once and fell asleep; the experience has not made me more likely to watch any other motorsports events live. But I, like so many Americans, have gotten hooked on Formula 1 in a different form, courtesy of Netflix’s Drive to Survive docuseries.

I was curious if my newfound knowledge of the sport would help me better succeed at F1 22 during a hands-on demo at Summer Game Fest Play Days, and the short answer is no. I sucked pretty bad, even with assists on, which I’ll chalk up to the fact that I exclusively play racing sims with a controller, not with anything approaching the high-end racing wheel and pedals setup on the show floor.

But I did appreciate the experience just a bit more with my newfound knowledge. I could almost imagine Toto Wolff have a coronary as I made Lewis Hamilton slam into three other cars and the side wall on Bahrain.

Still, the aspect of my demo that best sold me on the Formula 1 fantasy was when I strapped on an Oculus Quest headset and tried out the game in virtual reality—a feature new to this year’s edition and exclusive to PC.

Matt Skingle, the principal game designer on F1 22, told me that fans have been asking for VR support for years. “It’s always been a highly requested feature, but we never really felt it was the right time. And then, everything, the stars aligned for us this year.”

After trying it myself, I can definitely understand the appeal. Even more than other racing games, there’s something about being in a Formula 1 race car that’s just… atmospheric. You’re surrounded by the car, but not enclosed in it. The sense of speed and acceleration on straightaways is about as intense as it gets. And you’re navigating some of the most iconic racetracks in the world, all convincingly recreated by the Codemasters team.

When you throw in the added presence and immersion of a VR headset (especially combined with a top-of-the-line peripheral setup), you do actually feel like Lewis Hamilton—at least until you take a turn too fast and spin out into the gravel, at which point you feel more like Charles Leclerc. If you’re a F1 fan with a gaming-capable PC setup, checking out the VR support in this year’s game feels like a no-brainer.

That being said, a word of warning: Your constitution have a harder time adjusting than in most VR games. Mine certainly did.

Not to brag, but I don’t get carsick, even when I read on long rides. I don’t get seasick on boats. I’ve played quite a few VR titles in my day, including a few racing games, and have never really had any issues with nausea beyond a small, momentary stomach lurch. But after about 10 laps on Barcelona (and a few high-speed crashes), I had to take off the headset and go get a Sprite to settle my stomach. I wasn’t anywhere close to losing my lunch, but I might’ve gotten there if I’d kept racing.

The one thing VR can’t replicate, of course, is the sense of motion. For me at least, F1 22 was so convincing at conveying speed that my body revolted when it didn’t feel any acceleration.

But that was the only knock on an otherwise impressive demo experience. If you’re willing to roll the dice (and maybe keep a bucket handy while you adjust), F1 22‘s VR support seems like a spectacular addition. If not, you may want to stick to playing on a 2D screen.

Josh Harmon
Josh picked up a controller when he was 3 years old and hasn’t looked back since. This has made him particularly vulnerable to attacks from behind. He fell in love with EGM during the Dan Hsu era, so joining the magazine as an intern way back in 2012 felt like a dream come true. Now, as Editorial Director, he’s excited to lead EGM somewhere new.
Share
Post tagsF1SGF 2022 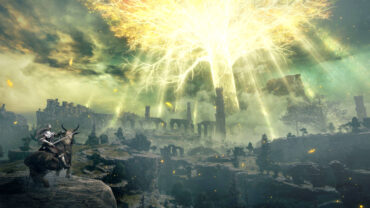 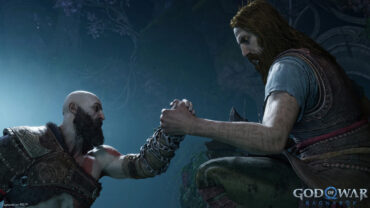