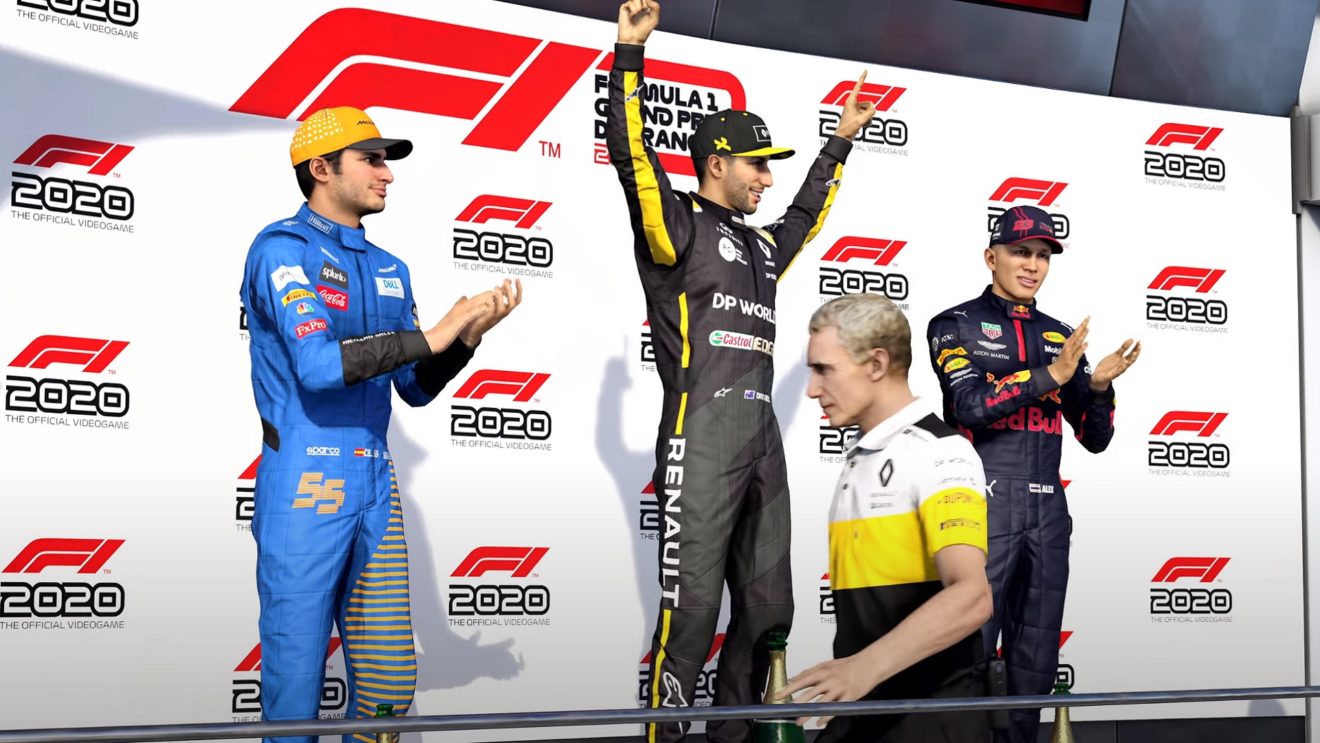 Codemasters has shared the first full in-game trailer for F1 2020 and also revealed the full list of classic cars that will be available in the upcoming entry.

The trailer below offers a look at the various circuits, drivers, and podium celebrations that will be available in the game. It also features Formula 2 cars which are making their return after debuting last year.

In F1 2020, players will be able to choose from full, half-season, or three-race options for F2 using the cars and tracks from the 2019 season. The 2020 F2 lineup will be introduced via a free update after the game launches, according to Codemasters.

“The first in-game trailer has become a key moment in the F1 game campaign and this year is no exception,” Lee Mather, F1 Franchise Game Director at Codemasters, said. “Each season we raise the visual benchmark, and with more circuits and teams getting new liveries, we can’t wait for the season to start and for players to be able to race.”