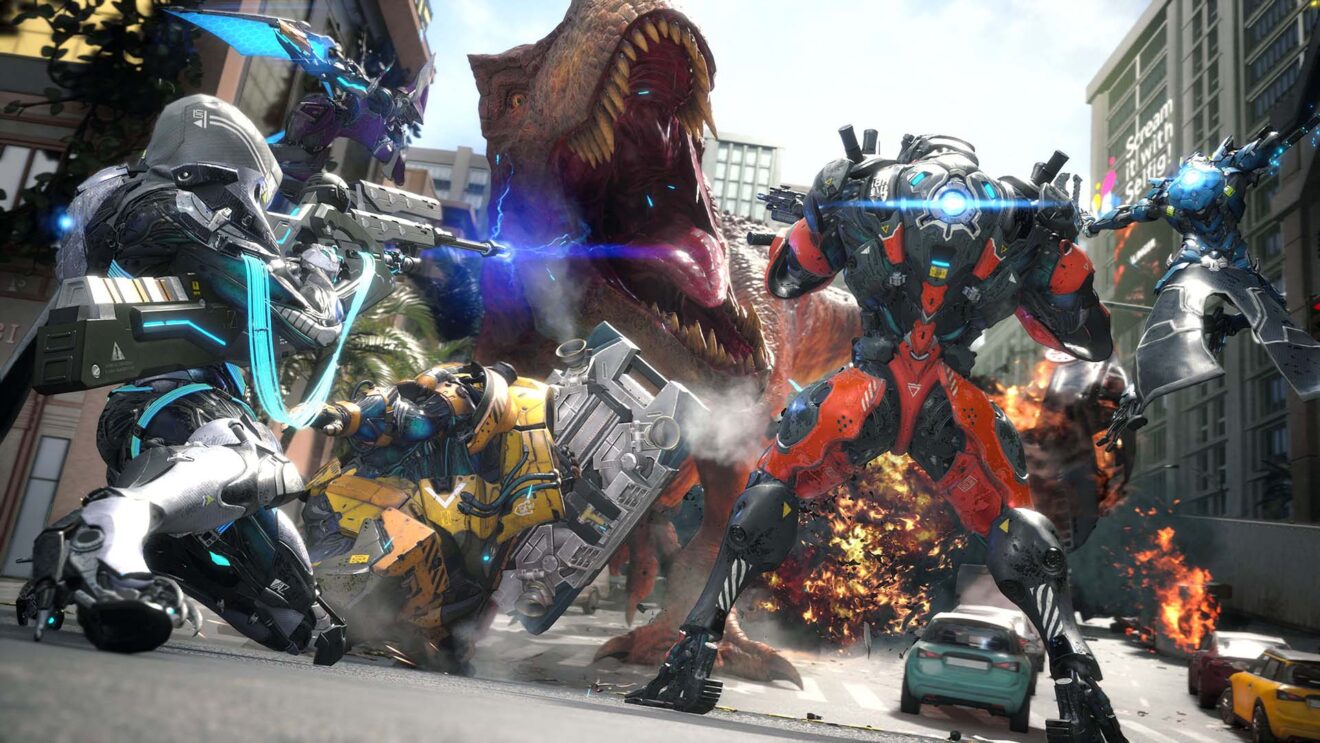 Capcom has shared a new trailer for its dinosaur-based action game Exoprimal that introduces us to the game’s cast of dinosaurs.

In the trailer, we get to see the Velociraptor, Pteranodon, Ankylosaurus, Pachycephalosaurus, and the fearsome T-Rex. Additionally, we are introduced to a stronger family of dinosaurs called Neosaurs, which include Gas, Sniper, Evoker, and Pyro variants.

As a little tease at the end of the trailer, one of the characters is shown taking control of a T-Rex and using it to fight. Watch the trailer below:

The upcoming game places players in cutting-edge exosuit technology and tasks them with battling various dinosaurs in online-only, team-based action game modes. In the main mode, two teams of five players will be competing in a variety of PvE and PvP missions.

Exoprimal is scheduled to release in 2023 for PlayStation 5, Xbox Series X/S, PlayStation 4, Xbox One, and PC.