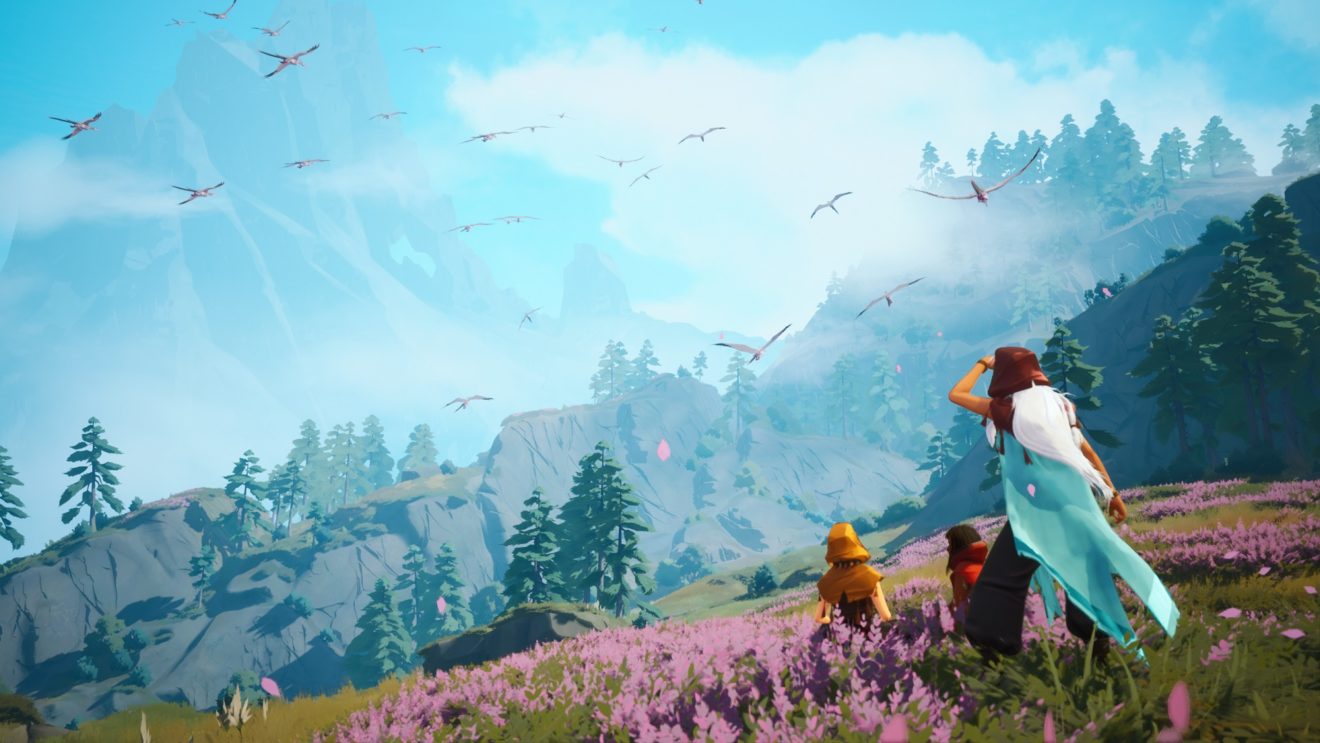 The latest trailer for Rare’s new IP, Everwild, just debuted during the July Xbox Games Showcase, and it has given us a few more hints as to what the game is actually about. Unfortunately, it still doesn’t have a release date.

Besides the fact that, between Sea of Thieves and now Everwild, Rare is really honing its visual style, the trailer also seems to tell us that this fantastical hippie simulator will probably have co-op or online elements. The trailer often shows several characters traveling and working together, which seems to hint that friends will be able to explore Everwild‘s beautiful world together.

Finally, it looks like players can work together to perform all kinds of spells. At one point, the characters can be seen working together to etch a circular rune into the grass. Later on, they seem to perform a ritual that brings a deer-like creature back to life and are then thanked by what appears to be a deer spirit of some sort. It’s possible that this is how players will unlock the ability to communicate with different animal species, by pleasing their respective spirit representatives, though that’s of course just speculation.

While Rare has yet to announce a release date, we know that the game is coming to Xbox One as well as Xbox Series X and PC, so that must mean it’s launching sooner rather than later.