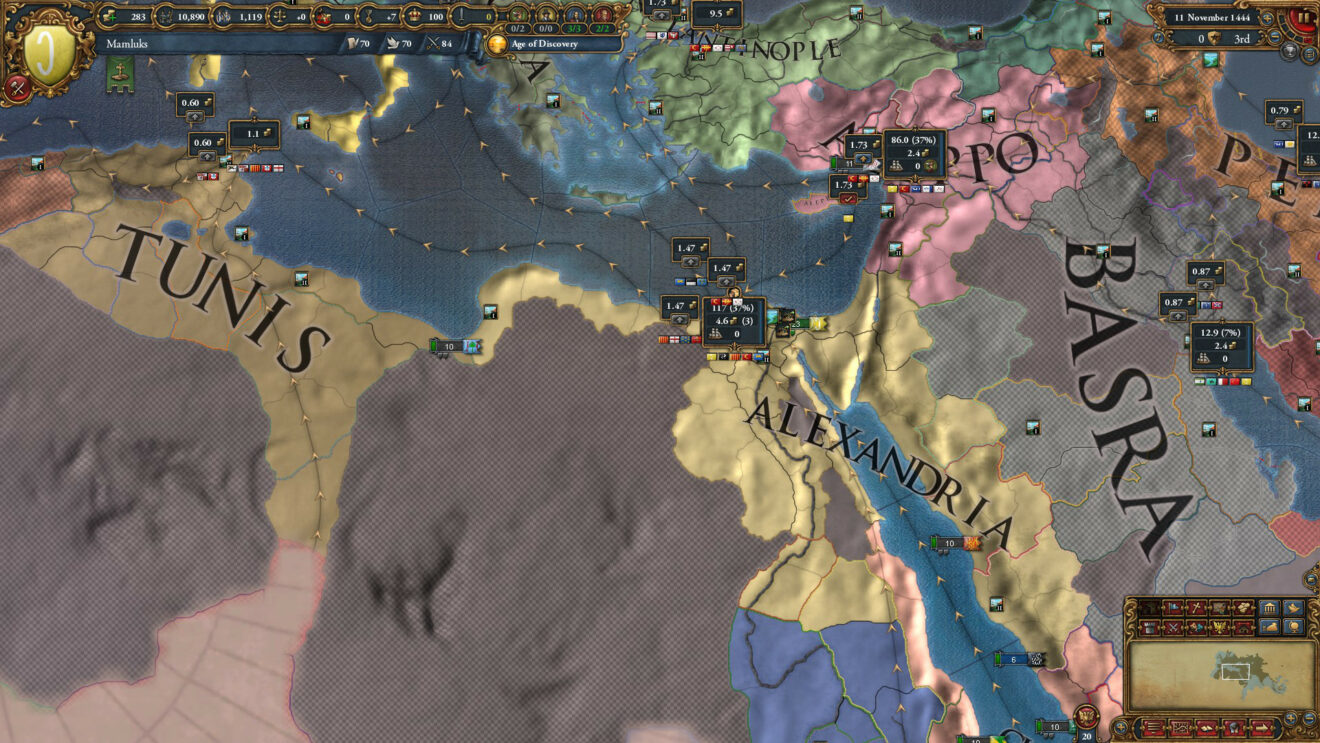 Epic Games is giving away copies of Europa Universalis IV through the Epic Games Store.

The fourth entry in the empire-building series puts players in control of a nation and asks them to guide it through the centuries to become a dominant empire. Players can use their monarch power to influence decisions, establish trade routes with other empires, and make use of coalitions and royal marriages to gain diplomatic power.

Europa Universalis IV is free to download and keep until October 7th.