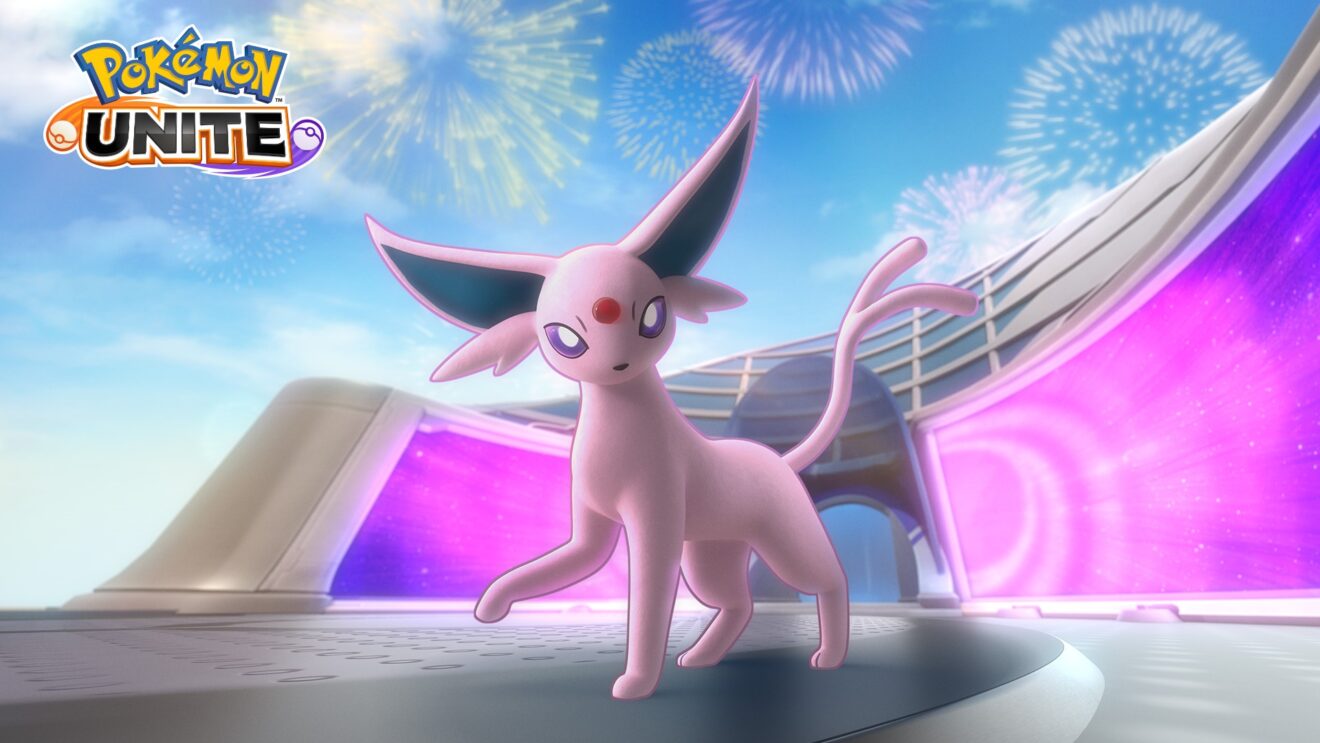 Espeon arrives in Pokémon Unite alongside a new in-game event

The psychic Pokémon Espeon has joined the Pokémon Unite roster.

The ranged attacker starts each match as Eevee and then evolves into Espeon upon reaching level 4. Espeon’s basic attack becomes a boosted attack after a set amount of time passes and will decrease the movement speed of opposing Pokémon hit with it.

At level 6, players can choose between Psybeam or Future Sight as an upgrade for Growl. The former fires a ray in a set direction that will split upon hitting an opposing Pokémon and then hit other Pokémon in range. These split rays will deal damage based on the max HP of the first Pokémon hit. While the latter locks onto an opposing Pokémon and deals damage a few seconds later in an area of effect. More damage is dealt the lower the opposing Pokémon’s health is and each time another of Espeon’s moves damages the locked-on Pokémon, the cooldown of Future Sight is reduced.

Players have the chance to get Espeon’s Unite license for free through a new in-game event. The event, which is live until June 12th, will reward the license by earning 2,000 points from logging in and participating in battles. Following this, the license will be available at the Unite Battle Committee for 10,000 Aeos coins.