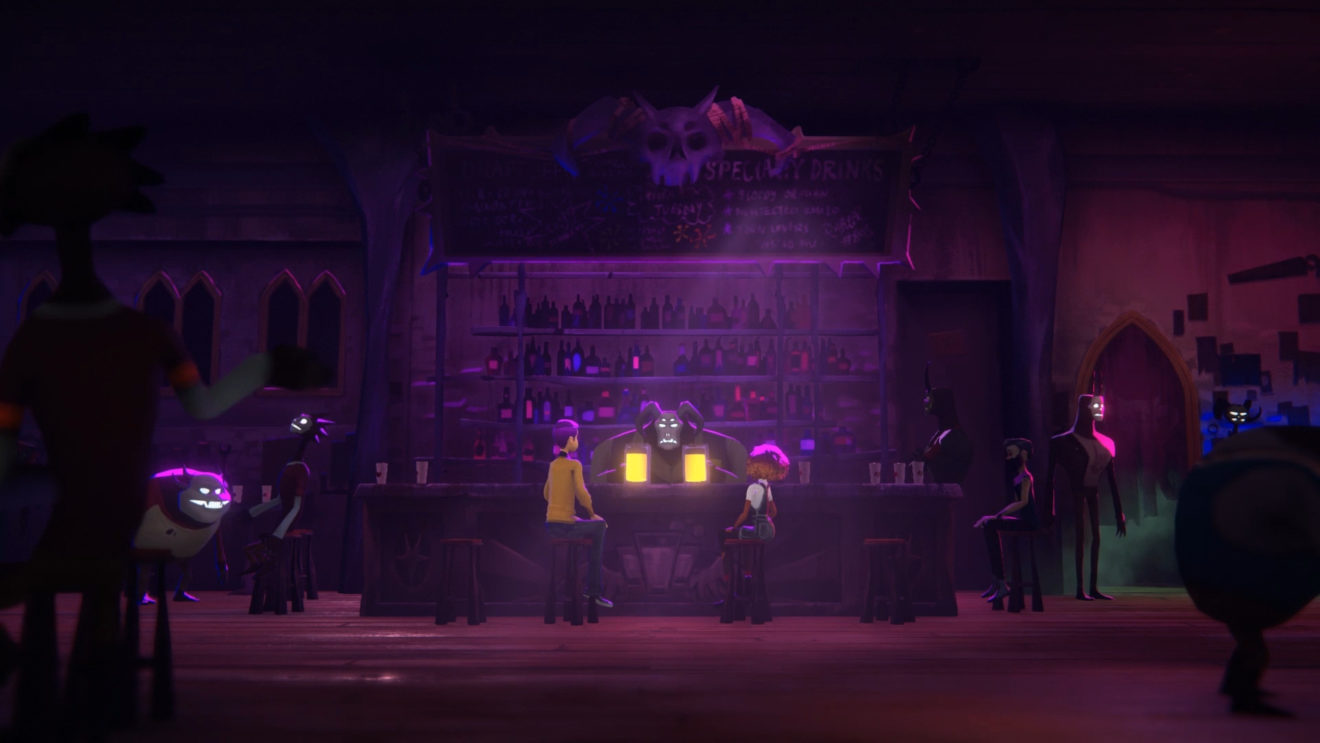 Escape hell next month in Afterparty

Night School Studio has revealed that Afterparty will be hitting Xbox One, PlayStation 4, and PC on October 29th.

The game puts players in control of Milo and Lola, two deceased friends who find themselves in hell. However, it turns out that there’s a way to escape hell by outdrinking Satan. The pair must work their way up the River Styx visiting bars and meeting the locals along the way.

Afterparty features more than 30 drinks to ingest that will offer new dialog options and personality enhancements.

“Think of it like equipping a weapon, but for your words,” co-founder Sean Krankel explains on the PlayStation Blog. “Every bar has a few different drinks that, once imbibed, give extra dialogue choices. Want to talk like a raging psycho? Order a Global Extinction. Fancy some vaudevillian flair? Grab a Great Exhibitionist. Don’t even ask what a Jeffery Bomber does.”

In addition to drinking, players can partake in a number of minigames while on their journey, such as beer pong, dance-offs, and shot stacking.

Afterparty will be available on Xbox One, PlayStation 4, and PC from October 29th for $19.99. The game will also be included in Xbox Game Pass at launch.