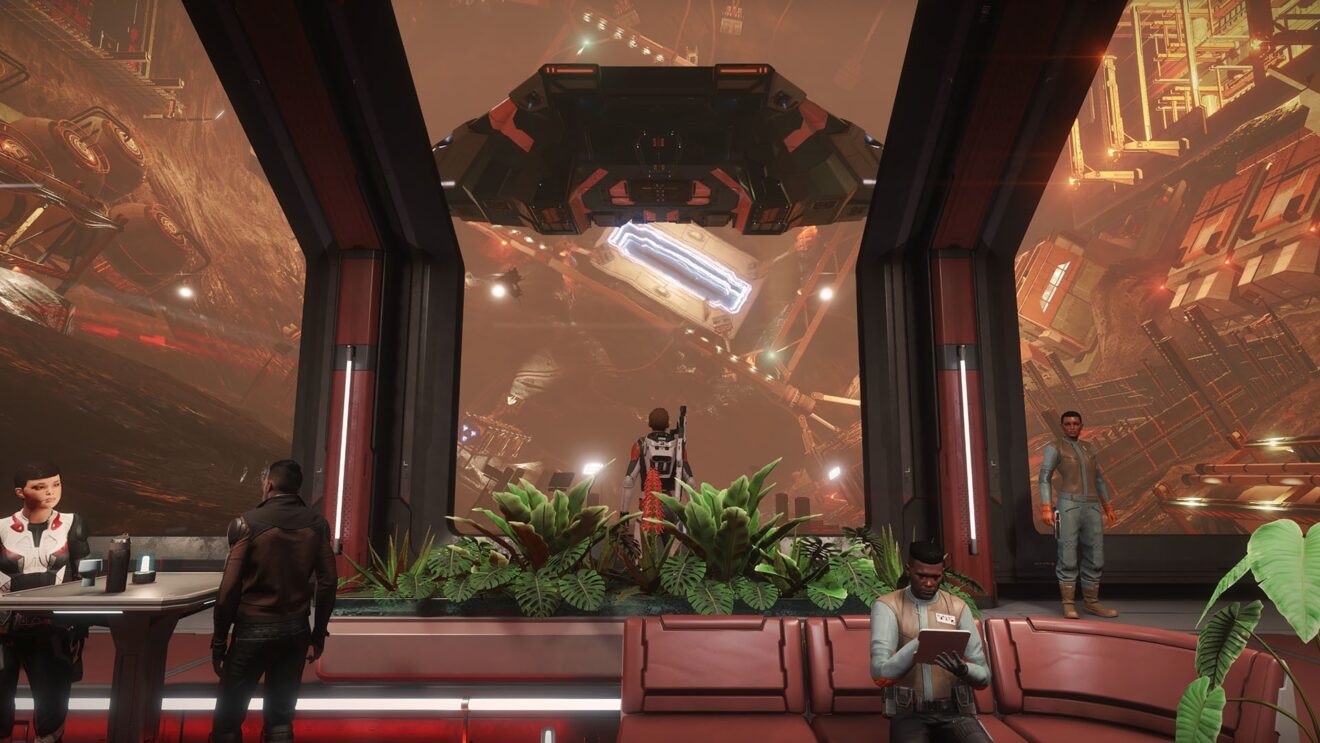 Elite Dangerous: Odyssey trailer takes us on a tour of a starport

Frontier Developments has released some new gameplay footage from its upcoming Odyssey expansion for Elite Dangerous.

In this latest pre-alpha walkthrough we are taken on a walking tour of one of the starports in Odyssey. While exploring the port, players will be able to accept new quests, browse for new weapons and ship parts, and more, before heading back to their docked ship.

The developer also shared its plans for the upcoming alpha on PC. The first phase will issue all players with a new commander and drop them all in a single star system. As the alpha continues, the playable space will be expanded, ship purchasing will be added, faction conflicts will be enabled, and planet footfall will be introduced. Take a look at the full schedule below:

Elite Dangerous: Odyssey launches this spring on PC, with a console release set for fall 2021.