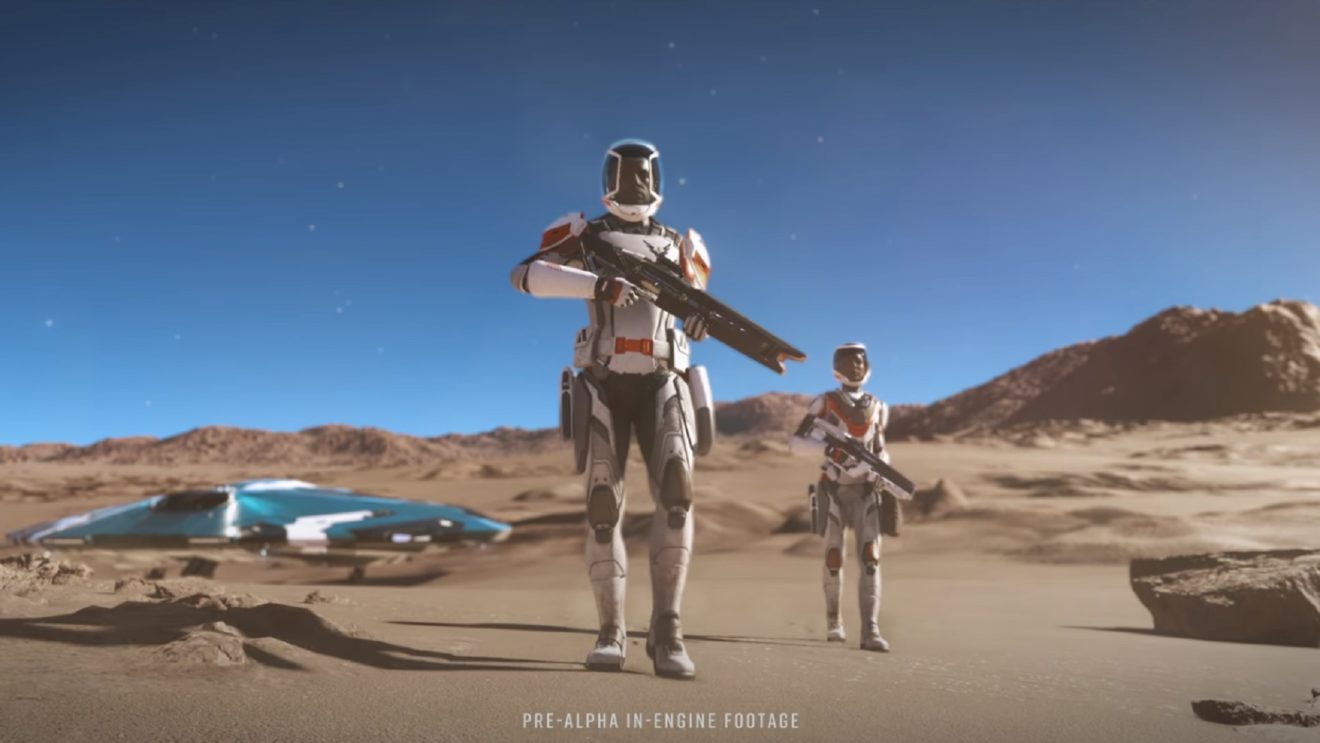 Elite Dangerous players will finally be able to explore planets on foot next year with the release of the Odyssey expansion.

When the expansion launches in early 2021, players will be able to touch down on numerous new planets that are “powered by stunning new tech” and explore from a “feet-on-the-ground perspective,” according to developer Frontier Developments.

These planets will be accompanied by a variety of new missions that cover diplomacy, commerce, stealth, and combat. A number of social hubs can also be found around the galaxy that players can use to acquire and upgrade weapons, form new alliances, and more.

“Odyssey is our most ambitious Elite Dangerous expansion to date,” David Braben, Founder and CEO of Frontier, said. “Extending coverage to the super-fine scale that is needed for on-foot gameplay while maintaining the vast raw distances measured in light years, is a huge achievement by the team, and greatly extends the already rich Elite Dangerous experience. We hope you will join us to continue this journey of discovery and adventure when Elite Dangerous: Odyssey launches in early 2021.”

Elite Dangerous: Odyssey launches in early 2021 for Xbox One, PlayStation 4, and PC.