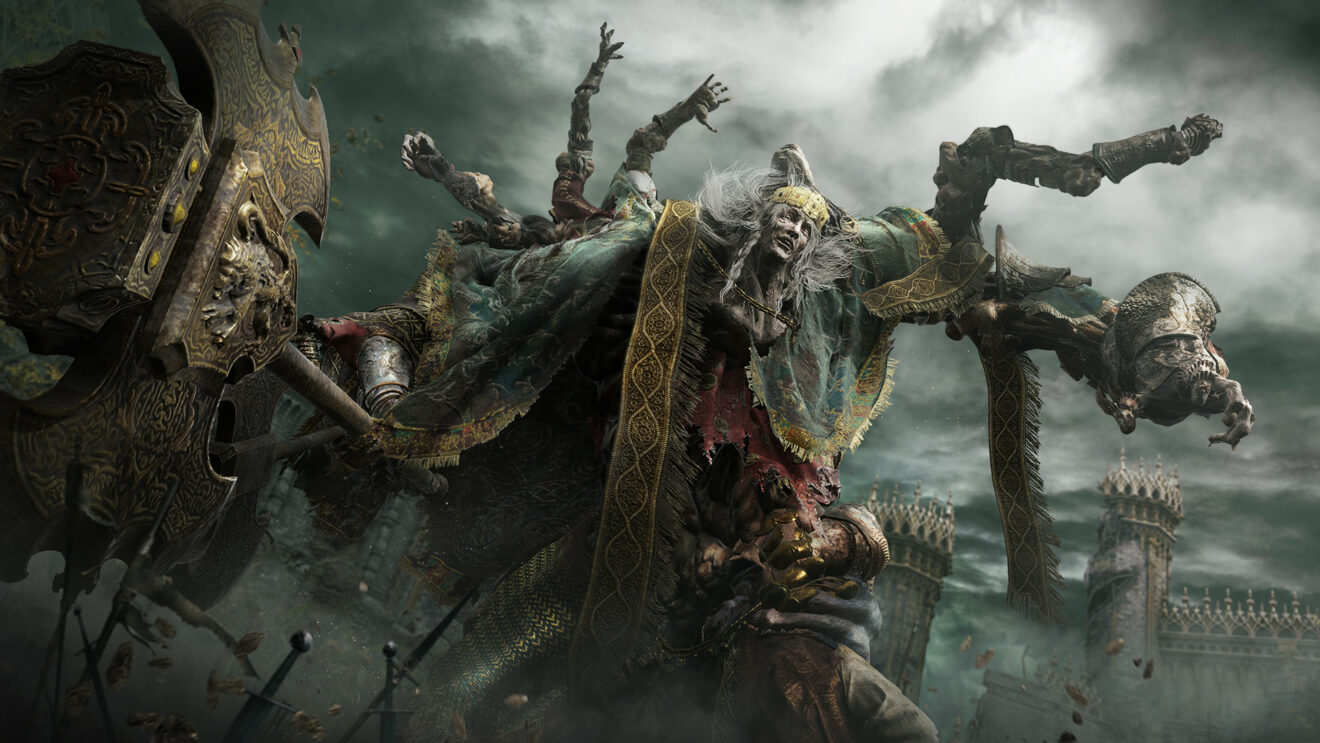 The gameplay preview seems to have a little bit of everything. We get to see some open-world exploration of The Lands Between, a very FromSoftware-style moment with a dragon flying in out of nowhere, twisting and turning dungeons, and a big pot man. By that we mean there’s a man who is a pot, and he’s stuck in a hole in the ground.

We also get to see several different weapons and fighting styles. The trailer shows players constantly switching up weapons. While it’s possible to equip more than one weapon in Dark Souls titles, doing so comes with a weight penalty. It’s unclear if Elden Ring has those kinds of restrictions. Magic use seems much more prevalent, as is ranged combat with a bow and arrow. Obviously, both of these things have appeared in FromSoftware games before, but they seem much more integral to Elden Ring‘s combat.

Interestingly, Elden Ring‘s combat looks like a mix between Dark Souls and Sekiro: Shadows Die Twice. Dodging once again appears to be a valid defensive strategy, but the combat also allows players to break the enemy’s stance like in Sekiro. We also get to see several different weapon arts, some with the same weapon.

Like previous FromSoft games, you don’t necessarily have to go it alone. A bell that summons spirits to help you fight also looks like an incredibly useful tool, as does online multiplayer. It’s unclear exactly multiplayer works, but we didn’t notice any soapstone signs. We’ll learn more after the technical tests start up. Co-op partners can join for open-world exploration as well as boss fights, too.

There also appear to be several un-FromSoft gameplay elements. One such element is a detailed map that allows you to place map markers that appear in the game world. Players can also craft useful items like arrows on the fly, as long as they have collected enough materials.