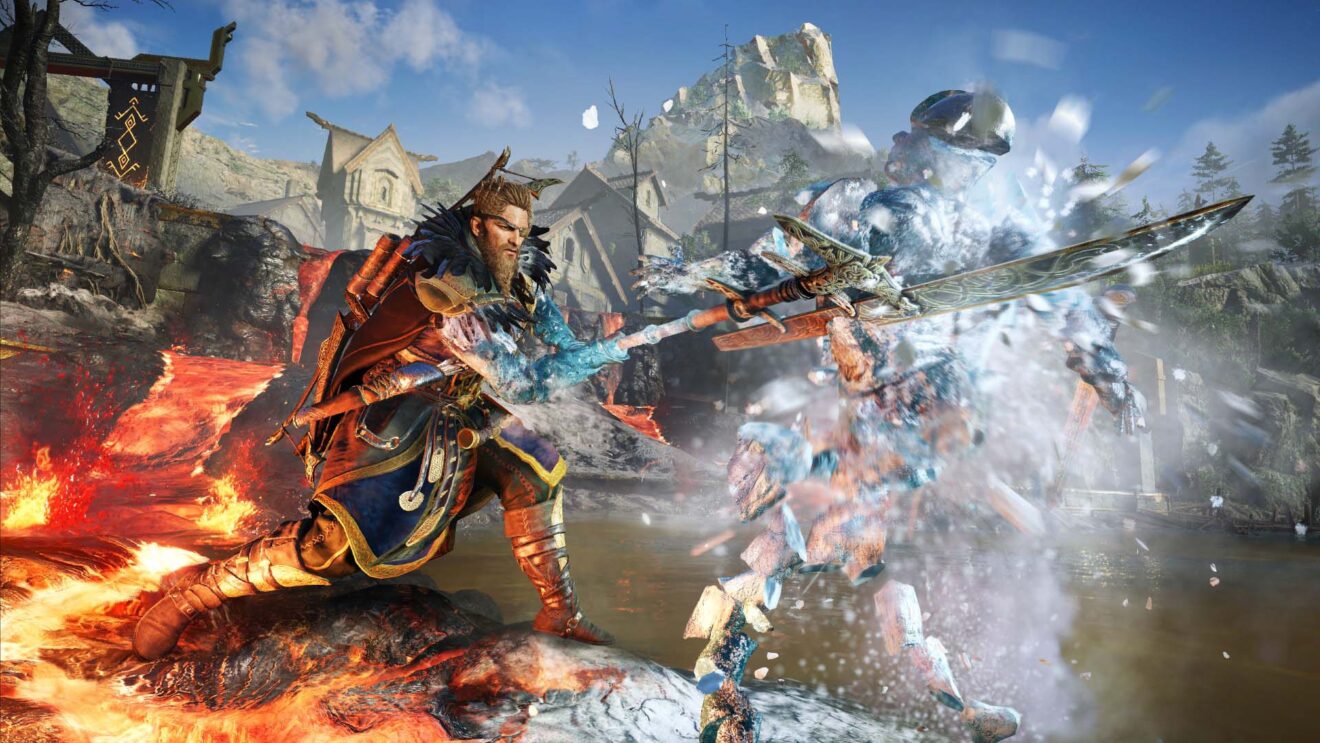 A cinematic trailer for the next Assassin’s Creed Valhalla expansion, Dawn of Ragnarök, showcases some of Eivor-as-Odin’s new abilities.

The Dawn of Ragnarök DLC will see Eivor once again reliving their past life as Odin, the Norse god of battle and wisdom. An accompanying blog post states that Odin travels “dwarven realm of Svartalfheim, where the immortal fire giant, Surtr, has kidnapped Odin’s son Baldr,” according to Ubisoft editorial communications manager Youssef Maguid. Not only does the massive expansion give players a new area to explore and enemies to battle, but it also introduces new divine powers that Odin can absorb from his enemies.

Given the DLC’s title, we’re assuming the story will dive a little deeper into the ending of the main game, which gave us more insight into the end of the Aesir side of the Isu. Given that Basim/Loki is now out and about in our contemporary world, we’ll hopefully get hints at what the next Assassin’s Creed has in store for us as well.

We will have to wait a few months for that to happen, however. Assassin’s Creed Valhalla: Dawn of Ragnarök launches on March 10th, 2022. In order to play the DLC (which you will have to purchase separately), you must have a settlement level of 4 and access to Valka’s hut.

To tide you over, a new update for both Valhalla and Assassin’s Creed Odyssey ties those two games together with Crossover Stories. Each game will receive its own story, which introduces Eivor to Kassandra from Odyssey. Odyssey gets “Those Who Are Treasured,” while Valhalla gets “A Fated Encounter.” The stories are free additions, though you will have to own both games to play their respective stories. To play “A Fated Encounter,” you need access to Valka’s Hut. To play “Those Who Are Treasured,” you will need to have completed Chapter 1 in Odyssey.