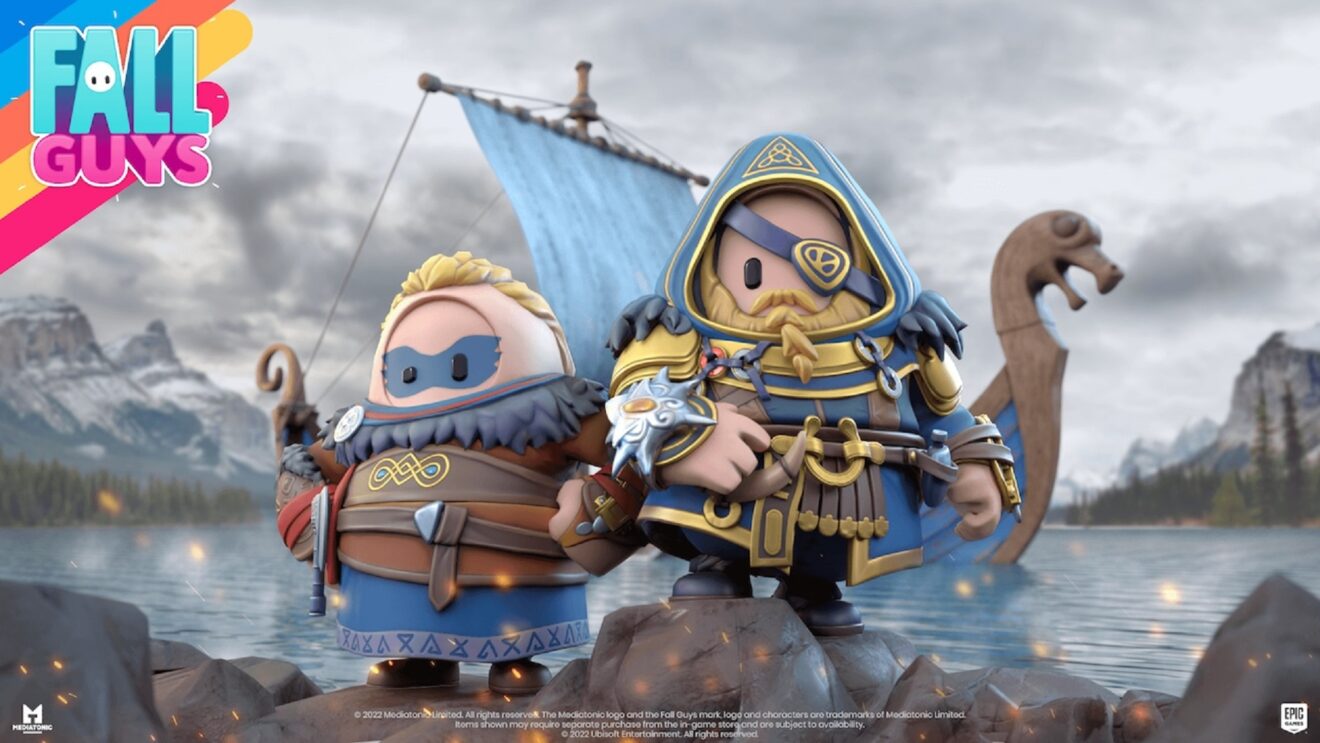 Mediatonic has revealed that Eivor and Odin from Assassin’s Creed Valhalla will be joining Fall Guys as part of the new Abstergo’s Challenge event.

The event, which begins on July 7th, sees the return of the Sweet Thieves game mode and the addition of new challenges to complete. The challenges require players to play and win as a Thief, carry candy, and more, and reward the following:

Additionally, players can pick up the Eivor the Wolf-Kissed and Odin the All-Father costumes from the in-game store for 1,200 Show-Bucks each. Both costumes are also included in a new bundle with a nameplate and more for 2,000 Show-Bucks.