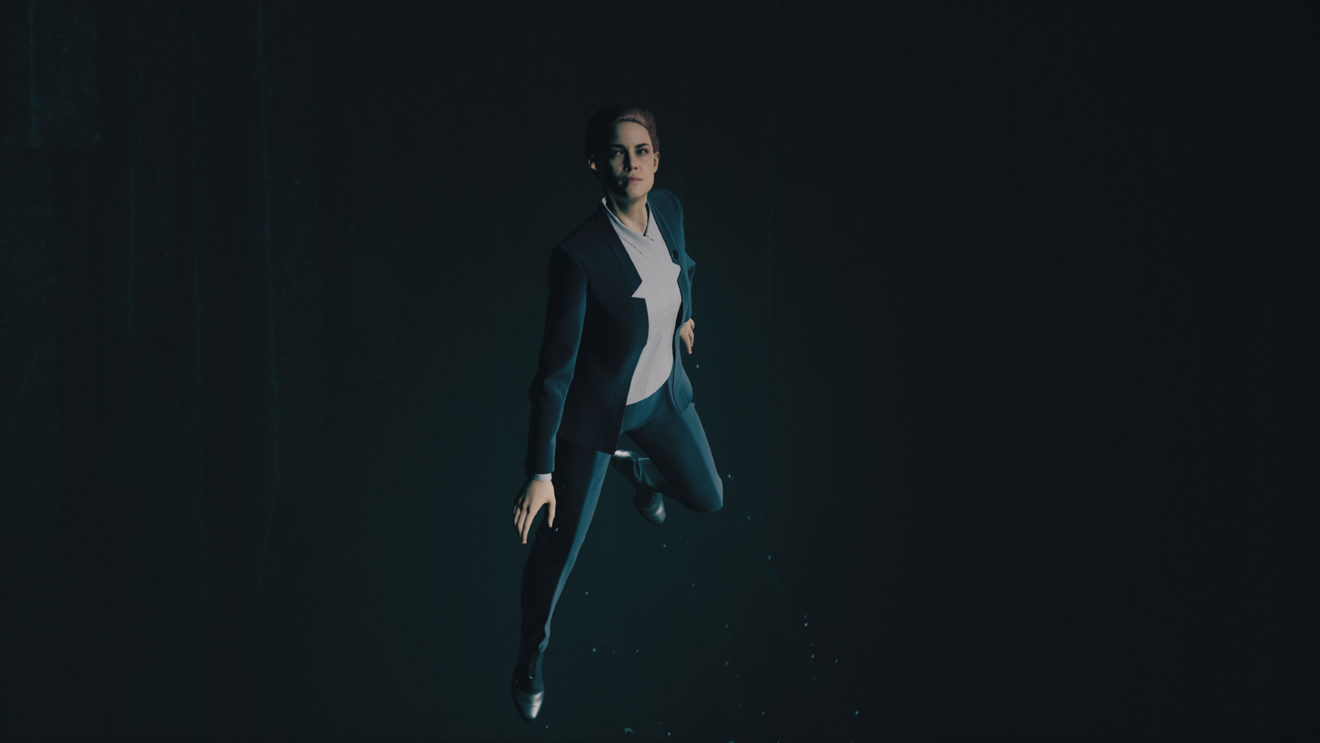 Weird is hard. Even defining what makes a work of fiction “weird” can be a bit slippery. It’s more than just building a world full of the impossible and unfamiliar, since that could just as easily describe boilerplate fantasy or science fiction. The difference, I think, is that true weirdness has to unfurl from the mundane. Twin Peaks is weird. The Wizard of Oz isn’t. You can’t just wake up in technicolor and realize you’ve left Kansas. Oz has to slip in at the margins, chipping away at reality until you’re convinced its dream logic makes sense—more than that, has always made sense.

With Control, Remedy Entertainment skillfully crafted a video game that understands this distinction. At the start, Jesse Faden is an unassuming woman walking into an office building in search of her long-lost brother. By the end, she’s levitating 25 feet off the ground, hurling filing cabinets at extradimensional sound monsters with her mind—powers gifted to her by a tube TV and an 8-inch floppy disk, respectively. Oh, and she’s also become the director of a clandestine government agency, but that actually happened really early on. She got the job from a talking pyramid. Obviously.

Once Control pulls you all the way in, any description of events is liable to sound less like synopsis and more like psychosis. Yet there’s no single moment you can point to where normal ceases to exist. It’s a trick that requires an enormous amount of care and restraint to pull off. I think the stock metaphor here is a boiling a frog—raise the temperature of the water gradually enough and the frog won’t leap out to safety—but I prefer the old Simpsons joke: “You know, Fox turned into a hardcore sex channel so gradually, I didn’t even notice.”

Admittedly, Control does come close to an over-the-rainbow moment when Jesse assumes the role of director and teleports to the Astral Plane for the first time. On paper, it feels it should be a huge narrative leap, but it’s much less so in execution thanks to a masterful bit of misdirection: The scene comes when you pick up a gun and then play through a tutorial. In a video game, almost nothing could feel less exceptional than that.

As Control introduces you to its complex world of alternate dimensions and secret agents and unimaginably powerful artifacts, it nearly always do so in a form that’s outwardly boring or unremarkable. Most of what you learn about the game’s cavalcade of proper nouns—the Federal Bureau of Control, the Oldest House, Objects of Power, Altered World Events—comes through memos, official reports, and educational films. Your surroundings are steeped in the generic trappings of bureaucracy: timecards, mid-century office furniture, and the gray featurelessness of brutalism. And those artifacts are almost exclusively ordinary: mass-produced, disposable consumer products like lawn flamingos and refrigerators. When Control needs to conjure a gateway between dimensions, what else could it be but a motel?

I’ve spent a lot of time talking about the world of Control—that’s certainly what’s lingered the most in my memory—but the same sense of pacing and restraint extends to gameplay, as well. I don’t just mean the regularity with which it doles out new abilities for Jesse. That’s pretty run-of-the-mill. No, what’s special about Control is how effectively its combat mechanics encourage you to alternate tactics, to push and pull, to ebb and flow. Even when you’ve fully leveled up Jesse’s abilities or installed the highest-tier weapon upgrades, you can’t rely on one single plan of attack. Chuck debris at your enemies too often, and you’ll drain the energy pool you use for your supernatural abilities, leaving you not just unable to attack with them but, more vitally, unable to dodge. Shoot your weapon too much, and the recharging ammo meter will run dry, leaving you impotent for crucial seconds at a time. So too with your positioning. Rush into the fray all the time and you’re liable to find yourself surrounded and overwhelmed. Hang too far back, though, and you’ll find your health diminishing, because the only way to recover is by walking over the pickups that drop when you damage enemies. Even if you favor a small set of tactics, you’re still inexorably driven into a rhythm that ensures every encounter oozes with variety and spectacle.

In other words, Control is a game about an average woman becoming a bureaucratic superhero whose greatest power is effective resource management.