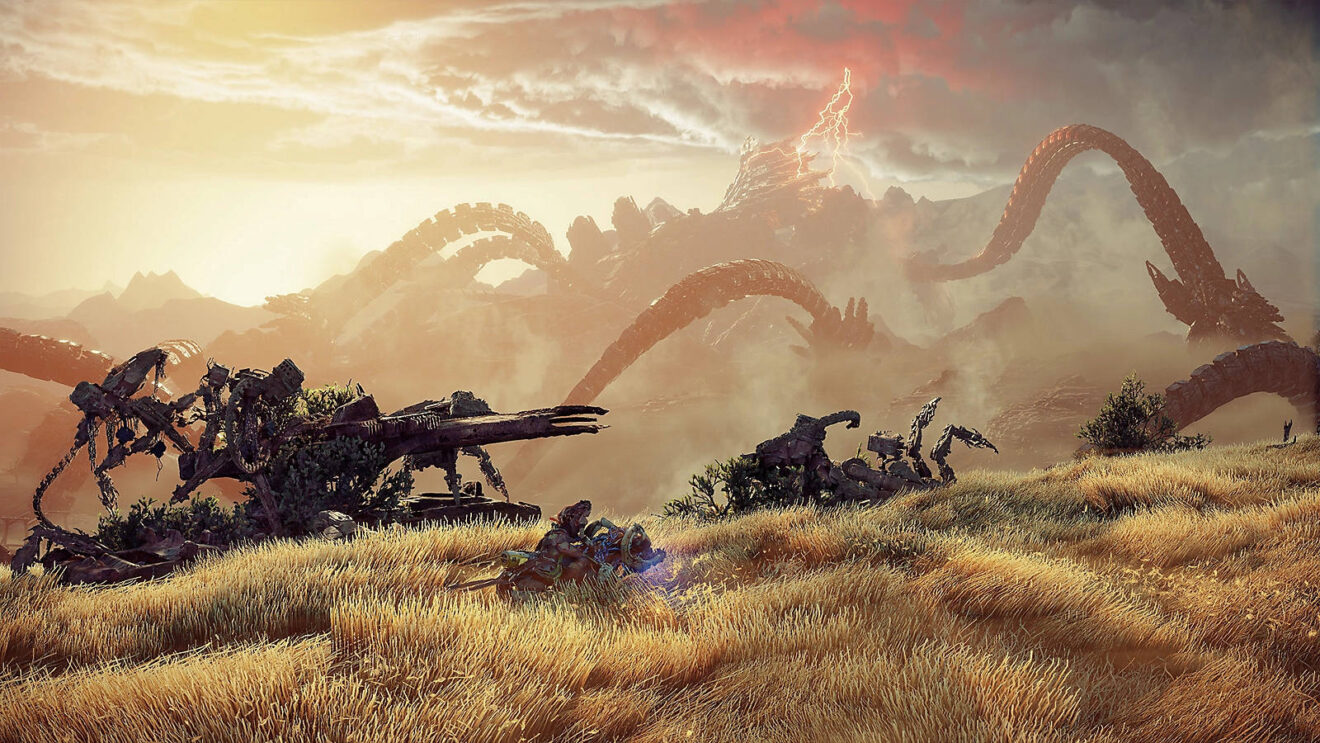 2022 was a year that started and ended strong, with a slew of massive triple-A titles and darling indies that kept gamers busy for hundreds of hours across dozens of genres, making deciding my games of the year a particularly tough task. The only thing I am truly sure of, though, was that it was an unforgettable year as I rode the waves of adventure, hashed out my best strategies, and saved the world a few dozen times over before finally whittling down the list of contenders into this top five.

I’ll admit, I had low expectations for Sonic Frontiers, and maybe that’s why I was blown away by the experience it was able to deliver in the end. A couple of issues with the camera couldn’t take away from the fact that Sonic in an open-world setting just plain works here. Every island he explored to save his friends from a digital purgatory was a fresh new adventure that also found various ways to call back to Sonic’s past. Both the islands themselves (pinball anyone?!) and a half-dozen “levels” contained within that you could teleport to paid homage to Sonic games of the past. By the end, the Blue Blur had never looked better, and I had a hankering for some chili dogs.

Developer Firaxis is likely best known for XCOM, an intense, punishing, turn-based strategy series, so them taking a crack at the practitioners of the dark arts in the Marvel Universe seemed like an interesting idea. The studio was able to deliver both a memorable strategy experience and a game far more accessible than its usual fare. Marvel’s Midnight Suns’ card-based system, the removal of XCOM staples like fog of war and permadeath, and an explorable hub world outside of battles that holds its own secrets come together to provide a special strategy experience that is enjoyable for newcomers and veterans alike. Even the grind outside of story missions in order to enhance the Abbey, your fully upgradable base, never got old. When you take all this and throw in the settings of the larger Marvel universe, it made it difficult for me to put this game down.

It was late January and I had nothing on my docket to play, so I went scrolling through Xbox Game Pass and noticed Nobody Saves the World. It had a catchy title and a cute art style, and I saw it was made by DrinkBox Studios, the folks behind the Guacamelee! games and Severed, some of my favorite handheld releases from recent years. So, I took a chance and was not disappointed. Imagine an overhead adventure game, but filtered through the lens of DrinkBox’s humor and art style. It was both something familiar and new at the same time as you play the titular Nobody who has the power to become anybody: Mermaids, warriors, ghosts, dragons, and more as every new persona opens more to explore and offers you greater power as you try to save the world. It was so brilliantly done that it stayed in my top five the entire year.

The formula for Pokémon has worked so well for 25 years that while the mainline games have tried adding some bells and whistles, the series has stayed relatively close to its roots. What makes Pokémon Legends: Arceus so special, then, is that it’s probably the biggest deviation from what makes a great mainline Pokémon game, but still has those tenets of exploration, capturing, and battling. Journeying through the ancient Hisui region, finding variations or new evolutions for classic fan favorite Pokémon, and having to strategize more about each catch with the player character doing much of the workwas such a breath of fresh air that it made my return to the mainline series later in the year with Scarlet and Violet almost disappointing. The only hope now is that we’ll get another legend sometime in the future.

This was my only easy choice on my list this year. There was no other world I spent as much time in as I explored every nook and cranny, completed every quest, and got to know every character on the way to my lone PlayStation Platinum trophy. Aloy and her allies took part in the most captivating story I experienced this year, and when combined with an unbelievably gorgeous world to explore and gameplay that never got old, it was the singular, most complete package I experienced in 2022. Every main and side quest felt organic to the world, whether it was helping out all the strangers Aloy met, laying waste to every robot animal in her path, or clearing the land so that it might heal. It did all this while setting up the next heart-pounding adventure that I cannot wait for.

With Sony focusing on the future with its next VR headset, it should come as no surprise that support has somewhat dried up for the headset that’s still currently on the market. But one of my most anticipated sequels did finally drop on the PS VR (and later PC) this year, and it was absolutely worth digging out my PS4 controllers for. Moss: Book II continues the tale of Quill, a field mouse turned unlikely hero. With a larger world to explore and more powers to wield, Moss: Book II brilliantly builds on the first game in every way imaginable, and provides a premiere experience as VR continues to slowly grow in the gaming market.

Sometimes there’s a game that’s so simple on its surface but has so much depth to it that it takes the gaming world by storm. This year, that game was Vampire Survivors. All you have to do is move around and try to avoid the ever-encroaching horde of undead enemies. But as you find items, meet new bosses, unlock new arenas, and continue to try to stay alive for longer and longer periods of time, a quick pick-up and play experience soon becomes one of the biggest time sinks, and most pleasant surprises, of the year.

It’s easy for a game released in mid-late December to get lost in the awards shuffle and then slip from people’s minds the following year. So, I wanted to highlight a solid shooter that is one of the funniest games you’re likely to ever play. If you’re a fan of Rick and Morty, then High on Life will be right up your alley. It feels like you’re injecting a full season of the show directly into your eyeballs as you’re guided through alien worlds by a set of talking weapons whose lack of filter is only matched by their bloodlust.