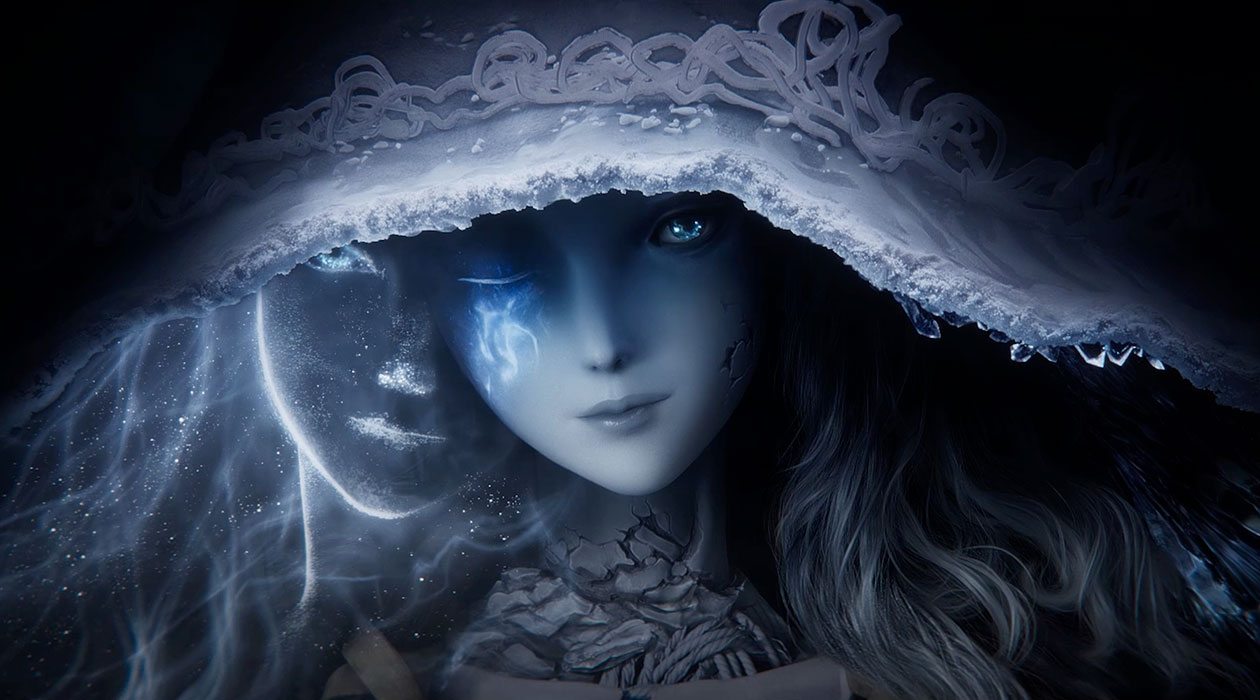 Look, I’m not even going to get into the “man, last year kinda sucked, but then we said the next year would be better, but then this year kinda sucked” stuff again. We’ve been through that song and dance numerous times in a row now, and I’m tired of the repetition.

Instead, the thing I’ll say about 2022 is that, no matter what platform you game on, there was some really decent stuff out there this year. The problem is, there wasn’t necessarily a lot of it. The past 12 months were definitely about quality over quantity, but I feel genuine excitement about the games I’ve put into my top five this year, a statement I haven’t always been able to make. The problem is, once I get past what’s on that list, things get kinda dicey pretty quick.

Still, I don’t feel negatively about how my hobby has gone this year. (Well, okay—I feel incredibly negative about how Xbox Games with Gold and PlayStation Plus Premium have gone this year.) I had some awesome blockbuster titles to play, I found a number of smaller hidden gems I could easily have missed otherwise, and I had a lot of great retro games to dig through (which I’ll touch upon shortly).

And, even if there were plenty of disappointing moments and dry spells over the course of the year, at least things are looking much better next… damn it.

Is About An Elf one of the best games of 2022? Clearly not, and I’m sure that even the game’s development team would agree with me on that. What it is, however, is a game that made a deeper impression than most other games I played this year. I reviewed About An Elf way back at the beginning of February, and yet I still remember plot points, characters names, and other elements from the game. I continue to actively think about the experience. Its soundtrack currently sits on my phone, where it has remained all year. In an era where so many games get released every week that it’s easy for them to come and go in an instant, About An Elf has been a constant.

Living in a world that sees vintage video games constantly remade and re-released, there may be no stronger developer than Natsume Atari’s Tengo Project. Headed up by a trio of old-school game creators, Tengo Project has worked to remake three classics it has deep connections to—Wild Guns, The Ninja Warriors Again, and Pocky & Rocky—and every single one of them has been stellar. The team clearly saved its best work for last, though, as Pocky & Rocky Reshrined is a loving remake of one of the SNES’s best hidden gems, and absolutely shines in every way, from gameplay enhancements, to its new visual style, to all of the refinements and additions strewn throughout the adventure. Reshrined honors its predecessor while also being its superior in every way, leaving us with what is easily one of the best retro revivals in years.

It’s become something of a tradition at this point that, in trying to catch up with some of the games I missed during the year before picking my Top 5, I come across a release that makes the last-minute cut. This year, that game is Sifu. While I was super curious about its aging mechanic, I simply didn’t have the time to check it out at launch, and only finally played it a few weeks back. And boy, do I now feel stupid for having taken so long. Sifu mixes kung-fu cinema with old-school arcade replayability and score attacks, then gives it all a dash of Dark Souls and Breath of Fire V: Dragon Quarter. You’ll need patience and perseverance to win the day, but if you do, that win will feel oh-so satisfying.

A Plague Tale: Innocence came as a surprise to me back when I reviewed it in 2019, because I couldn’t imagine liking a game steeped in both stealth mechanics and escort missions. Going into its sequel, I was sure I knew what I was in store for—and yet, I came away surprised once again. While the original was a gripping story of two siblings trying to survive a hellish world, A Plague Tale: Requiem raises the stakes to levels I never expected or maybe even wanted. This is a brutal, depressing, and heartbreaking game at times—but the struggles that Amicia and Hugo go through help them to grow into not only stronger characters, but more believable ones as well. While Sony’s one-two punch of third-person cinematic epics saw much of the spotlight this year, Asobo Studio proved that it can do almost as much with a whole lot less.

Shock of shocks: A FromSoftware game ended up in my number one spot for the year. The thing is, in so many ways, Elden Ring worked hard to achieve that slot. Moving the Souls series to an open-world format was never a guaranteed success, as many of the elements From has built up over the years relied on tightly designed worlds, specific enemy placements, and at least some control over where the player would go next. As much as Elden Ring could have just been Dark Souls but bigger, it’s a rethink and evolution of those ideas into something that feels familiar yet also very different, which then grows into its own entity far from the shadows of its siblings. Every time I think I’ve seen all that Hidetaka Miyazaki and his team have to offer, they pull out yet another surprise—and I will never tire of watching them proving me wrong.

Back in 2016, EA published one of my favorite games of the generation, Titanfall 2, but did so at a point in the year when Respawn’s stellar sequel would unquestionably get overshadowed by Call of Duty and Battlefield.*

This year, it’s hard not to see the same thing happening to Need for Speed: Unbound. The game launched in the beginning of December, a point at which games sales start slowing down, yet it wasn’t revealed or even announced until two months prior to that date. And then, when the game did arrive, most media outlets (including us) didn’t even receive review code.

All of that signaled that EA wanted to get the game out and forgotten about due to its poor level of quality. Except, Need for Speed: Unbound is awesome, and even landed in our Top 10 for this year. This is now the second game that I’ve loved that EA has seemingly sent to die in recent years, and I’m not happy about it.

* Yes, by all accounts, it was Respawn who chose the game’s launch date, but it was then EA who moved Battlefield 1 to only a week prior to that date. And, as Titanfall 2’s publisher, EA could have done more to push for a date that would have given the game more breathing room.

I’ve always loved handhelds. I was one of those kids who owned a Nintendo Game Boy and a Sega Game Gear and an Atari Lynx when they were all actively on the market, and my passion truly ignited with the arrival of the Nintendo DS and PlayStation Portable era. This year brought two major new pieces of handheld hardware: Panic’s Playdate, and Analogue’s Pocket. I was incredibly excited for both, and at this point, I should be in handheld heaven.

Except, I’m not. I still love the idea of the Playdate, but man is that screen small for my ever-aging eyes. Combining the display’s size with the fact that it has no integrated light source, playing games on my Playdate has been incredibly rough at times, especially given how small of text and details many developers are using for their games.

I’ve had a far more enjoyable experience with the big, bright, beautiful screen of the Pocket, but not as much as the rest of the system. I was excited to buy its Game Gear, Lynx, and Neo Geo Pocket adapters, but the pricing on them—and specifically the shipping on them—has been ridiculous. (For example, the Game Gear adapter is $30, but shipping is twenty-four dollars, almost the price of the adapter itself). And, while I was considering springing for just the GG adapter and skipping the rest, numerous people have reported that the tight fit of its cartridge slot can damage labels. Almost $60 for a peripheral that might then damage the games I want to use it for? Awesome.

Ever since I was a child, I’ve had a collection of video games. Some of the categories in that collection have been small, such as the one game I own for the Atari Jaguar (Power Drive Rally). Other parts have been a little bigger, like the 350-plus Nintendo DS games that sit on a shelf directly behind me.

This year, though, I’ve been working to change things. I’ve been trying to sell off a decent chunk of the games I don’t really care about, and focus more on those titles that have special meaning to me. In that, I decided that the one library I do want to focus on is the Sega Genesis, my favorite childhood system and the console that still means the most to me.

Unfortunately, I realized that at a point when Genesis games have seen their prices shoot up due to pandemic collecting. Over the course of this year, I’ve picked up just over 40 complete in box Genesis and Mega Drive games. The cheapest were a small stack I found at a barn sale (yes, really) for $2.50 a piece. The most expensive, meanwhile, was over $100. I’ve tried to be more reasonable in my purchases, but I’ve also been nervous that some of these games are only going to get harder to find. Even doing some shopping over in Japan—where retro games have had much cheaper price tags than in the West for years—didn’t help as much as I expected, as prices are going up over there, too.

The one bright spot to all of this is that I’ve done something with my Genesis pick-ups that I haven’t done with so many of the other physical games that I own in years: I’ve been playing them. There’s still something exciting about sliding a cart with a single game on it into a console and focusing solely on what it has to offer, and it’s easily been one of the most exciting elements of my hobby in 2022.