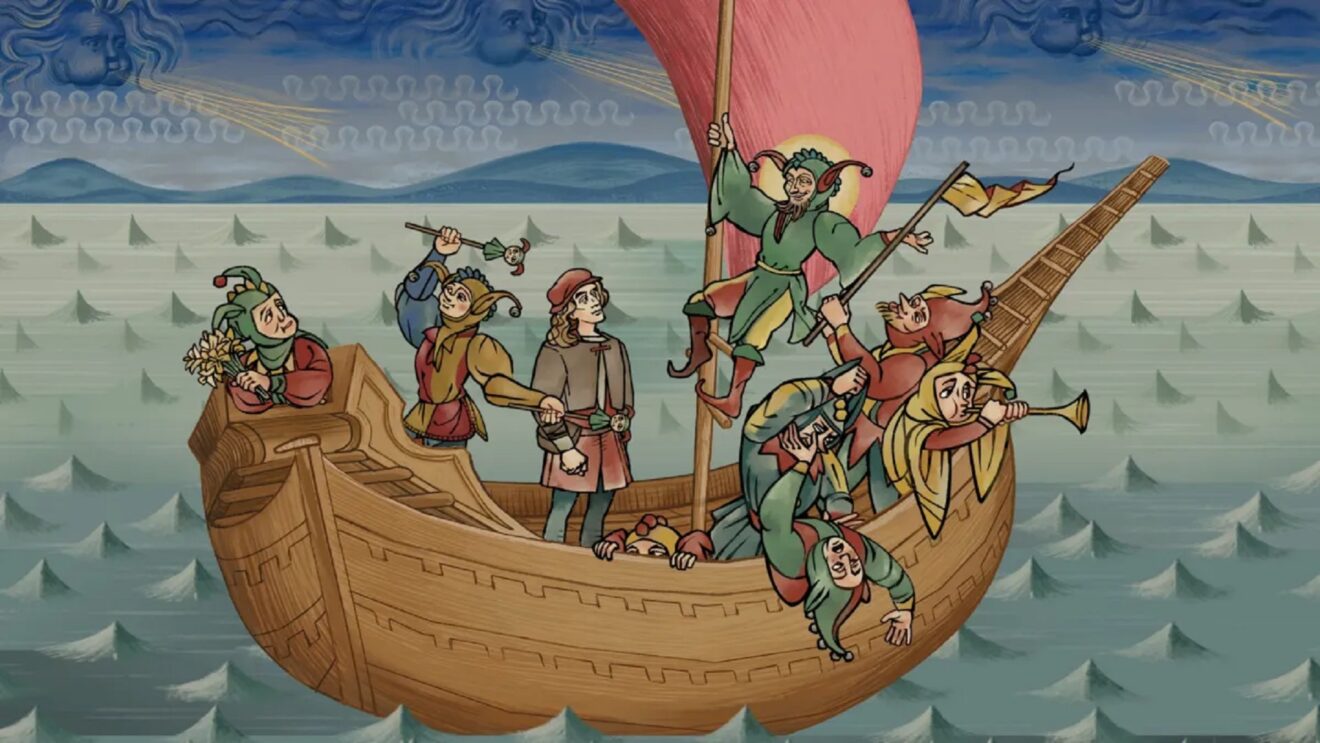 To some, 2022 was a year of delays, with most of its biggest titles getting pushed to 2023. Even my EGM colleagues have lamented that this was one of gaming’s weaker years. I can’t say I agree. For me, 2022 was a year of quietly innovative games with strong points of view. In fact, there are even more not on this list that I wish I could have included, like the Giger-inspired body horror of Scorn, the crystallized perfection of Shovel Knight Dig, or the confident artistry of As Dusk Falls. I had to make some tough choices, but in the end, I think I landed on the five games that really made an impact on me this year.

Citizen Sleeper doesn’t fit neatly into any one gaming category. It’s kind of an RPG, kind of an adventure game, with a heavy emphasis on narrative and player choice, but without much in the way of actual gameplay, and it’s one of the best games I’ve played that makes you feel like you’re living life along with your character. As a sleeper—a digitized human consciousness uploaded into a robotic body—living in a capitalist nightmare, you wake up, talk to your friends, go to work, and scrape by the best you can. I haven’t played a more relatable game in years.

Amid the hype of big action franchises like God of War or The Last of Us, which try so desperately to mimic the storytelling techniques of ancient art forms like movies and TV, it’s very easy to lose sight of the fact that video games have unlimited potential in finding new architectures for their stories. Immortality is a blunt reminder of that fact, telling the tale of an actress by dismantling cinematic structure itself. There’s a lot more to Marissa Marcel’s story than just that, however, and I’m not even sure that Immortality is interested in making a statement on behalf of video games. But, as I leapt from take to take, rewinding and fast-forwarding footage to find the ghosts in the celluloid, I was very much aware that Immortality’s story just wouldn’t work in any other medium—and how surprisingly rare that still is in video games.

Despite hearing a lot about the game throughout 2022, I only started playing Vampire Survivors very recently when it launched on Xbox Game Pass. I now mourn the many wasted months during which I could have been playing it on PC. Whenever I get too salty over Overwatch 2, I boot up Vampire Survivors as self-care. For me, it’s meditative, a game that requires very little of the player and gives a lot back. The only way to fail is to not have fun, and so far that seems impossible. Vampire Survivor makes you dread a timestamp, until you figure out the best combination of weapons and passive buffs to get through minute 9, then minute 10, then minute 11. It’s not a bullet hell; it’s a bullet heaven. It’s zen on a screen.

After crafting the precise and perfect jewel that is Sekiro: Shadows Die Twice, FromSoftware went in the opposite direction with Elden Ring. Taking pretty much everything it’s made in the last decade-plus and cramming it into an open-world setting, From created a bloated, messy, unforgettable experience that will undoubtedly influence and inspire other developers for years to come. I might never go back and replay Elden Ring as I’ve done with Sekiro or Dark Souls, but once was enough. For those of us who grew up on the original Zelda and other sprite-based adventures that hinted at much larger worlds beyond the frames of our CRT TVs, Elden Ring is the game we saw in our minds, illuminating our imaginations like a prophecy.

For the last couple of years, when I go back to Cleveland for Thanksgiving, I’ve visited the Cleveland Museum of Art, one of the true jewels of the Midwest. This year, the museum had an exhibition of Cycles of Life: The Four Seasons Tapestries, a series of textiles designed in the 16th century and woven a century later, capturing the impressions of the daily lives of Flemish villagers throughout a year. I was grateful that these precious, fragile works of art survived for 350 years, traveling from a textile shop in pre-revolutionary France to a room in post-Trump Cleveland, and that I was there to witness them. I also couldn’t stop thinking about the fact that, boy, these tapestries sure did remind me of Pentiment.

I said most of what I want to say about Pentiment in my review, but I will say it again: Obsidian Entertainment’s passion project is a true work of art. In the span of 15 hours, Pentiment presents a fully realized world with compassionately detailed characters, living their humble but extraordinary lives over the course of a couple decades, through the lens of an art style that mimics the dominant form of the time period. As I looked at the Four Seasons Tapestries, I could imagine the stories of the villagers portrayed in the woven thread—what they cared about, how they thought, how they loved, what scared them—thanks to Pentiment. Time travel isn’t possible in the science fiction sense, but through art we can visit the past, and Pentiment is a better tour guide than any I’ve ever played.

Unlike previous years’ winners in this category, I don’t think there’s any way that Inscryption could have ousted my personal (and EGM’s) 2021 GOTY, Psychonauts 2—but it would have come in at a very close second. The fact that I played it literally a week after we published our lists makes its exclusion even more painful. The card-based roguelike takes two genres that I don’t generally gravitate towards, combines them, mixes them up, infuses them with a spooky metatextual narrative, and creates one of the most memorable games I played all year.

Growing up, like many kids in my age bracket, I was crazy for the Teenage Mutant Ninja Turtles. I had all the toys, obsessively rewatched the cartoon and live-action movies on VHS, and even begged my parents to see the godawful “Coming Out of Their Shells” stage show. More than anything, though, I loved the side-scrolling beat ’em ups that they starred in, especially the NES’ TMNT III: The Manhattan Project and the SNES version of Turtles in Time. When I played Shredder’s Revenge, I instantly felt like a kid again—except this time I needed to take a Prilosec because the tomato sauce on the pizza I ate to celebrate the game’s release gave me heartburn. That developer Tribute Games was able to modernize the formula without sacrificing what made it special in the first place deserves a full-throated cowabunga.

When The Witcher 3: Wild Hunt first launched in 2015, it literally changed my life. It expanded the scope of what kinds of games I would play and, in many ways, reinvigorated my passion for my hobby. A couple years later, I would end up turning that hobby into the job I currently have. Now that I am revisiting the game with its next-gen update, the one thing that really stands out is just how good The Witcher 3 still is, even compared to modern games. The complex writing and moral relativity of the Witcher contracts, the detailed preparations required to take down a powerful monster, and the absolutely gorgeous and natural-feeling world have still yet to be bested by any game that’s come out since. Seven years later, I now get to write about the game that’s possibly the reason I get to write about games at all. Toss a coin to your witcher, indeed.