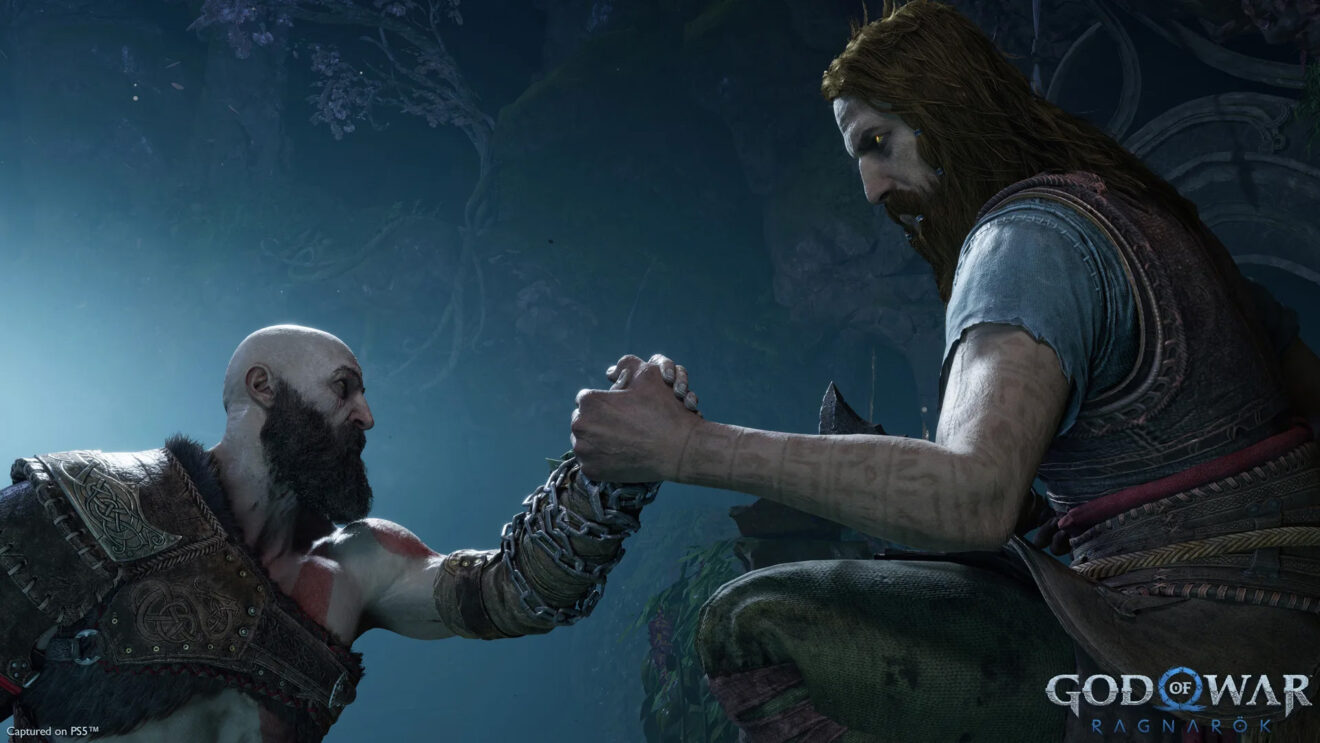 I’m going to have to ask for some leeway here. See, I became a father for the first time on December 12th, which means I’m writing this year’s awards during my most sleep-deprived stretch since college. If you ask me what I remember most about 2022 years from now, it’s not going to be the video games. It’s going to be my wife getting pooped on at 3 a.m.

Now, some of that is just the nature of where games rank on the hierarchy of life, but it’s also sort of a statement about how 2022 shook out. There were a few high points, to be sure, but it was yet another year of mostly middle-of-the-road games, with a release calendar beset with delays. I think all the biggest titles this year were initially supposed to launch in 2021, save for Elden Ring (which still got a smaller bump from January to February). And so many of the huge games we expected to be in the running for these awards are now coming in the first half of 2023 instead. Will publishers ever stop announcing release dates prematurely? Will we ever get another packed fall release season? Will I ever sleep for eight uninterrupted hours again? I’m not feeling optimistic. Check back in 12 months for updates.

In the before times—before the Plague, before the Child—I used to love to go to escape rooms. Escape Academy’s whole deal is that it recreates the fun of IRL escape rooms in video game form, so that makes me what the suits call “the target audience.” Coin Crew’s debut is hardly revolutionary, but the quality of the puzzle design delivers on the game’s simple concept and makes it sing. And unlike those point-and-click Flash games of the early 2000s that may or may not have inspired the escape room craze in the first place, Escape Academy benefits massively from a first-person-shooter-style control scheme. Direct control means the game doesn’t feel like a point-and-click adventure with a room escape theme. It feels like you’re in a place, solving clever puzzles designed by a B-tier Batman villain, trying your best to get out quickly. That’s the escape room fantasy, baby!

I put off playing Vampire Survivors until it was time for Game of the Year deliberations, and boy was that a mistake. It’s so dumb. I love it. Why does it look like the shareware I’d get on a 250-game CD at the book fair when I was a kid? What kind of roguelike gets easier—monumentally easier—the deeper you get into an attempt? Why are there so many entirely meaningless damage numbers on the screen that by the end of a successful run it looks like I ate way too many shrooms and opened an Excel spreadsheet? Why are there, in fact, no vampires in the game? I am, after much deliberation, unable to tell you conclusively if Vampire Survivors is a deliberate parody of video game weirdness or just extremely weird. That is, in the end, its greatest strength. Nothing really makes sense, and I’m here for all of it.

If Rogue Legacy 2 were just more Rogue Legacy, I’d probably have still loved it. But Cellar Door Games really did go the extra mile in improving upon and expanding its 2013 roguelike platformer. In addition to the new stages and enemies and the wider scope you’d expect from any sequel, Rogue Legacy 2 introduces a slew of new movement abilities that demand an entirely different sort of mastery to cobble together a successful run. The conceit of playing as the latest descendent of your previous characters, with randomized traits and abilities, still encourages experimentation in a clever way while enabling some entertaining gags. And the sequel’s visual overhaul manages to keep the character of the last game’s pixel-art visuals intact even after shifting to cartoony HD. Sometimes a game isn’t revolutionary—it’s just real good.

One of the many neurotic things about the way I play video games is, when I encounter solidly built, challenging action mechanics, I will put in an absurd amount of effort to master them at a level far beyond my actual skill. I’m the guy who gets stuck on an optional boss fight 200 times in a row, and rather than think about a new strategic approach (or googling the latest cheese), I’ll just double down on the one thing I’m trying that’s not working until I can do it well enough to win. Sifu was just one long love letter to that broken thing inside of me. Not only are the martial-arts-inspired fights challenging throughout, but there’s even an honest-to-goodness game over if you die too many times on your way through the story. So you’d better believe that by the time I stepped away from the game, I had rammed my head into the proverbial brick wall so many times that I could fight my way through the entire nightclub level in a single, unbroken combo, hitting my marks and improvising around any surprises until I was Jackie Chan and John Wick in one. Few things are as satisfying as a game that enables—and demands—that level of mastery.

Look, I just finished telling y’all that I don’t want to have to pick apart what’s good about God of War Ragnarök. Surely asking me to write about it again for my GOTY stuff is, like, double jeopardy or something. And it’s not like my opinion has shifted much in the last month. The combat is fantastically hefty, managing to reward both mastery of a narrow set of skills and broad experimentation. The writing sticks to the character-driven approach of the first game, delivering a rewarding (if sometimes heartbreaking) conclusion for just about everyone. Honest to goodness, I still find myself thinking about the gut-punch of Ragnarök’s final cut-to-black moment, and the ambition of its slightly messy, still-partly-raveled ending. I don’t know where the series can possibly go from here, but I’m content with whatever Santa Monica Studio decides—even if it decides this is where God of War ends.

Elden Ring is great. If there weren’t so many other, smaller titles I felt strongly about highlighting, it probably would’ve squeezed into my top five. But there’s one huge aspect of FromSoftware’s open-world RPG I can’t help but hold against it: It’s all but impossible to fully enjoy the game without a guide, because From’s aversion to hand-holding doesn’t work quite as well once you scale everything up. Unlike the Dark Souls games, Bloodborne, or Sekiro, where the worlds and your objectives within them are straightforward enough that you can probably figure out most everything important on your own even with limited guidance, Elden Ring is massive, much less linear, and heavily reliant on completing quests for characters if you want to see big chunks of its best content. Don’t remember where someone told you to meet them or look for the specific item you need? Oh well. Can’t even recall what tasks you were in the middle of? Sucks to suck. I, like I imagine nearly everyone who plays the game, eventually broke down and made use of the Fextralife community’s excellent wiki to see what I was missing out on, and it’s that extra step—external to the game itself—that allowed me to appreciate some of the best parts of Elden Ring. The value fan communities provide to games often goes underappreciated, but the case of Fextralife and Elden Ring is a particularly extreme one. In a world where gaming wikis or other crowdsourced guides didn’t exist, I honestly don’t know if Elden Ring would have garnered as much praise and year-end awards as it did.

Wordle technically isn’t eligible for our awards this year, since it came out in 2021, but there is another word game that managed to work its way into my daily rotation alongside that five-square phenomenon: Knotwords, from Noodlecake Studios, out on iOS, Android, and Steam. You’re essentially filling out a crossword grid, but instead of any clues, all you have is a sudoku-style (or, slightly more accurately, kenken-style) list of what letters can appear in any given group of squares. At first, it seems like that’s not enough to go on, but you quickly get a knack for spotting clusters of letters that can only go together in a certain order, and then eventually you’ve filled in enough that you start seeing entire words. The deceptively simple formula enables plenty of great puzzle moments in both of my favorite flavors. Sometimes you’re sitting there, trying to crack something, pulling at the different strings until something finally clicks into place. And sometimes you’re Neo in The Matrix, able to see the code at a glance and flying past every obstacle in your path. And blessedly, the monetization in the mobile versions is downright honest and straightforward. You can actually just straight up pay a flat rate to get all the daily and monthly puzzles forever. A good old-fashioned purchase! On mobile! I love it! No way would I have a 200-plus-day streak if I had to watch ads or wait for my gems to recharge or close popups enticing me to buy the hottest new skins for my letters.

Xbox head Phil Spencer has spent years cultivating a reputation as a nice guy, and it’s one of the rare cases where you can’t help but buy that a public persona is entirely genuine. Still, as Microsoft tries to convince government regulators around the world to let it complete its $69 billion acquisition of Activision Blizzard, I think I’m starting to see cracks form. At this point, Phil has issued an escalating and increasingly desperate set of public pledges to keep Call of Duty on PlayStation indefinitely, with no caveats. I would not be surprised if by the time this story goes live, he’s also offered to give Jim Ryan a foot massage while wearing a T-shirt that says “PlayStation Rules, Xbox Drools.” Despite the charm offensive, the FTC is suing to block the deal in the U.S., and regulators in Europe and the U.K. aren’t ending their ongoing investigations, either. A man doing everything he can to get ahead with kindness, while society keeps kicking him into the dirt? That sure sounds like Joaquin Phoenix’s Joker to me. Look, I’m not saying Phil’s going to go full Arthur Fleck. Maybe he just puts a battle pass in Starfield. Maybe he makes Game Pass $1,000 a month. But I will say this: If I were Geoff Keighley and Phil Spencer offered to tell me a joke during a sit-down interview at the next Summer Game Fest, I would sprint out of the studio as fast as possible.

Josh Harmon
Josh picked up a controller when he was 3 years old and hasn’t looked back since. This has made him particularly vulnerable to attacks from behind. He fell in love with EGM during the Dan Hsu era, so joining the magazine as an intern way back in 2012 felt like a dream come true. Now, as Editorial Director, he’s excited to lead EGM somewhere new.
Share
Post tagsBest of 2022