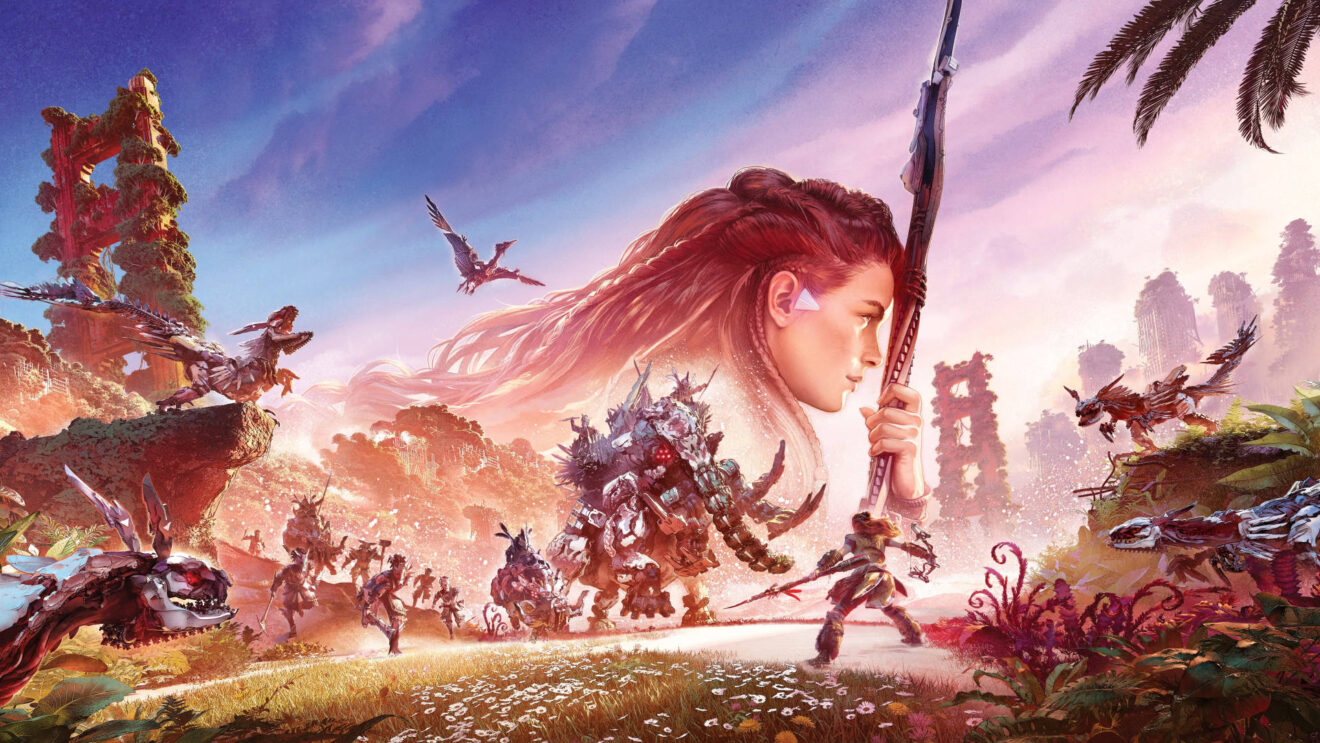 From now until the end of the year, we’re counting down EGM’s Best of 2022. Today, it’s time for the #4 slot on our list. Check back throughout this week to see the rest of our choices—including our Game of the Year—and our editors’ personal picks.

Horizon Zero Dawn was such a left-field concept—a post-apocalyptic world reclaimed by nature, full of humans that had reverted to a tribal lifestyle and massive robotic creatures inspired by animals and dinosaurs—that no follow up could ever hope to match the sheer unexpectedness of that first game.

Guerrilla Games seems to have understood that challenge in building Horizon Forbidden West. Rather than relying on the simple shock-and-awe of a bonkers premise, the sequel packs in a variety of different surprises, all show-stopping in their own special ways.

First, and most immediately striking, is the world itself. As our huntress hero Aloy leaves behind her home for the lands of the Forbidden West, she encounters no shortage of jaw-droppingly rendered landscapes, in what may well be the best virtual encapsulation of natural beauty ever created. The first game, with its mash-up of national park vistas and overgrown ruins, had already set a high bar. Forbidden West leapt over it the moment Aloy got on a chain lift and descended into Zion Canyon, the mist threading through its sandstone spires. Other of the game’s joys are experiential, like the Zelda-style unlocks and, eventually, the ability to summon a flying mount, all of which allow you to rethink and expand your relationship to that magnificent game world. Yet still more surprises come from the emotional moments when Aloy’s actions change the world or the people within it, perhaps most notably from the segment that sees you bring the glimmering sunken city of Las Vegas back to life.

Of course, so much of what makes Forbidden West great isn’t what Guerrilla changed, but what it didn’t. There’s a real “if it ain’t broke, don’t fix it” relationship with the hunting-and-gathering loop of the first game. Being able to start with almost nothing and collect and craft your way to an arsenal fit for taking on the most imposing machines on the map is just as much of a pleasure the second time around—perhaps more so, given the wider slate of earth-shaking robots at the top end of the food chain. Come on, what other video game lets you show down against a plesiosaur with a bow and arrow?

Sure, Aloy’s story may get a bit more out there this time around, and not everyone is going to be on board with all the new twists and turns. But such is the risk in turning a great game into an ongoing franchise. You have to leave somewhere to go in the sequel, and it’s probably going to be bigger and sillier than what came before. Even if we here at EGM are a bit split on the particulars of the Guerrilla’s narrative choices, there’s one thing we’re all in wholehearted agreement on: After playing Forbidden West, more Horizon, in any form, is a thrilling prospect.

Josh Harmon
Josh picked up a controller when he was 3 years old and hasn’t looked back since. This has made him particularly vulnerable to attacks from behind. He fell in love with EGM during the Dan Hsu era, so joining the magazine as an intern way back in 2012 felt like a dream come true. Now, as Editorial Director, he’s excited to lead EGM somewhere new.
Share
Post tagsHorizonBest of 2022