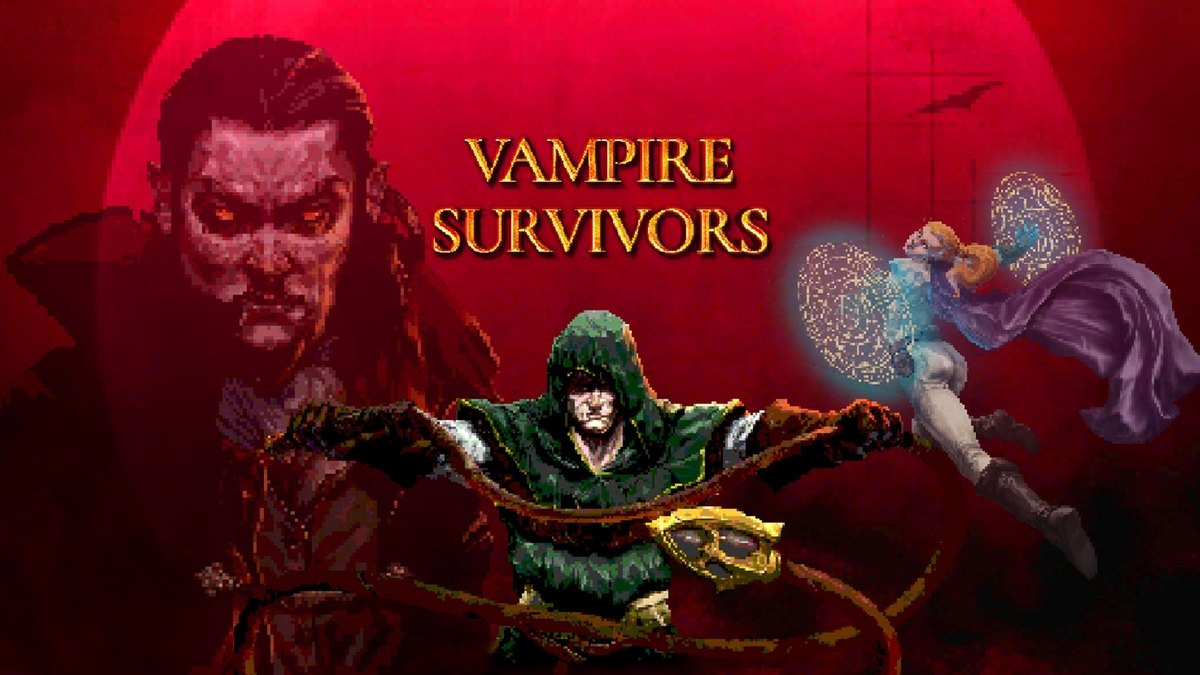 From now until the end of the year, we’re counting down EGM’s Best of 2022. Today, it’s time for the #3 slot on our list. Check back throughout this week to see the rest of our choices—including our Game of the Year—and our editors’ personal picks.

It wouldn’t surprise us if most people’s introductions to Vampire Survivors have played out in a similar manner. Somewhere out there on the internet, you happen across some footage of a strange crude-looking 2D game you’ve never seen before, where a character is moving around a simple environment killing endless swarms of hundreds of enemies. Then, you see talk of something called “Vampire Survivors,” and notice that people won’t shut up about it. At some point, you finally put the name with the game, discover that it’s a measly $5 on Steam (or, as of now, nothing on Xbox Game Pass), and give it a try.

And, when you do, you don’t get the hype. What’s so special about Vampire Survivors? You’re not even controlling when or how your character attacks, you’re just moving them while they automatically use whatever weapon they have. Is the environment just an endless field that looks the same wherever you go? What are all of these items you’re being offered at random, and why would you want them? And why, at the 30-minute mark, does a reaper swoop in and instantly kill you?

In those early moments, Vampire Survivors seems like a shallow, repetitive experience with gameplay barely above Cookie Clicker. And yet, that’s part of the game’s secret. After a handful of runs, you’ll discover something that’ll add a new twist you weren’t expecting. Maybe you’ll unlock a new character, or come across a weapon you’ve never seen before. Intrigued, you’ll keep pushing on, playing around with those added options only to then discover more things unlocking. Like a snowball rolling down a hill, the game gains more and more momentum while growing bigger and bigger. There’s a lot we’d like to say about what opens up the deeper you go, but we also don’t want to spoil that sense of discovery that we ourselves once went through unspoiled.

Vampire Survivors is one of those games that reminds us that, at the end of the day, all you need is a good concept and some great execution, and you can end up with something special. What at first seemed like something you’d see from a weekend game jam ended up not only being an experience with more depth and addictiveness than we ever could have imagined, but also one of our favorite games of the year.