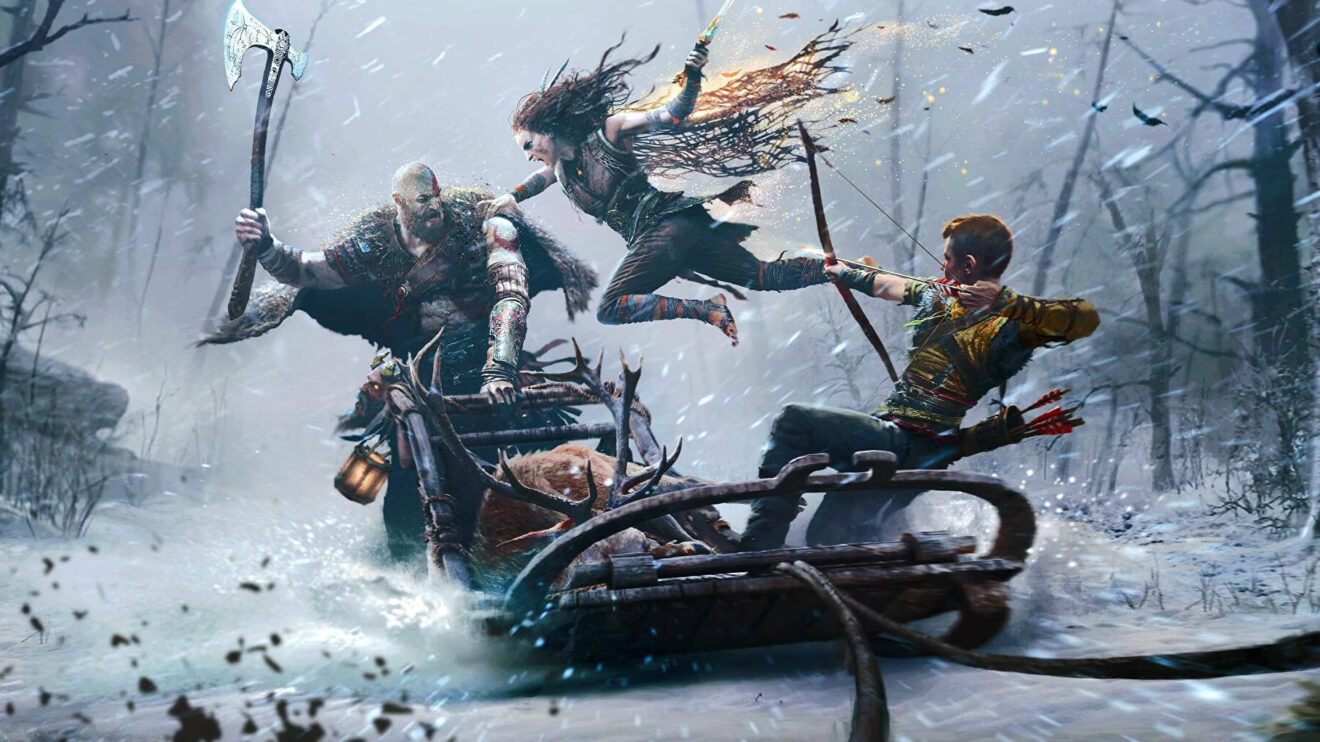 From now until the end of the year, we’re counting down EGM’s Best of 2022. Today, it’s time for the #2 slot on our list. Check back tomorrow for not only our Game of the Year, but our final editor’s personal picks.

There’s a telling and maybe even confessional quirk in the way Santa Monica Studio animates God of War Ragnarök’s surly Spartan protagonist, Kratos. Whenever he picks up something comically large—a tree stump, a boulder, a big-ass dragon—he doesn’t just hoist it in the carefree, physics-defying way you might see in a superhero cartoon or anime. He has to work at it. His muscles flex, the slack snaps out of his tendons, and Chris Judge’s brilliant voice work conveys the audible burst of effort. We understand, without a single word being spoken, that for Kratos godhood doesn’t mean the impossible becomes easy. It means that the improbable becomes attainable.

This is, of course, a brilliant miniature encapsulation of the story toward which God of War Ragnarök deploys so much of its considerable artistry. The themes on display through Kratos’s journey are those of constant struggle, most notably in the idea that our humanity is something we must practice—a muscle to be flexed and exercised. In further developing his relationship with his son, Atreus, Sony Santa Monica manages to push Kratos in unexpected ways, and evolve him yet further from his origins as a hypermasculine punchline into one of the more compelling characters in the medium today.

But that animation quirk is also, in a way, an apt metaphor for Ragnarök itself. This was a project that itself carried no shortage of heavy burdens. It needed to maintain the momentum of the last game, which found critical and popular success in reinvigorating a series that had seemed well past saving. It needed to wrap up its ongoing story, doing justice to the established characters and plot points—and gaming history is littered with cautionary tales showing how hard it is to deliver satisfying endings.

Ragnarök successfully carries all that weight, but it would be a slight to the developers to say they made it look easy. Refreshing combat with new weapons, mechanics, and a staggering number of new enemy types was certainly a massive undertaking, but one that paid off marvelously by making an already great action experience even more satisfying. Sony Santa Monica took similar pains to expand the scope of the game world, with entirely new realms requiring their own visual language and gameplay hooks, in addition to reimagined takes on areas we’ve already visited. That’s not to mention the added challenge the studio set for itself in making Atreus playable for big chunks of the game, and adding in multiple new AI companion characters that join you in combat throughout the story, all with different ways to contribute.

Ragnarök is triple-A refinement at its most successful and considered, a massive game that owes its power not toward any special genius or innovation but to the sustained, focused efforts of many talented individuals, all pulling together to attain something improbably great. Not easy, but great.

Josh Harmon
Josh picked up a controller when he was 3 years old and hasn’t looked back since. This has made him particularly vulnerable to attacks from behind. He fell in love with EGM during the Dan Hsu era, so joining the magazine as an intern way back in 2012 felt like a dream come true. Now, as Editorial Director, he’s excited to lead EGM somewhere new.
Share
Post tagsGod of WarBest of 2022