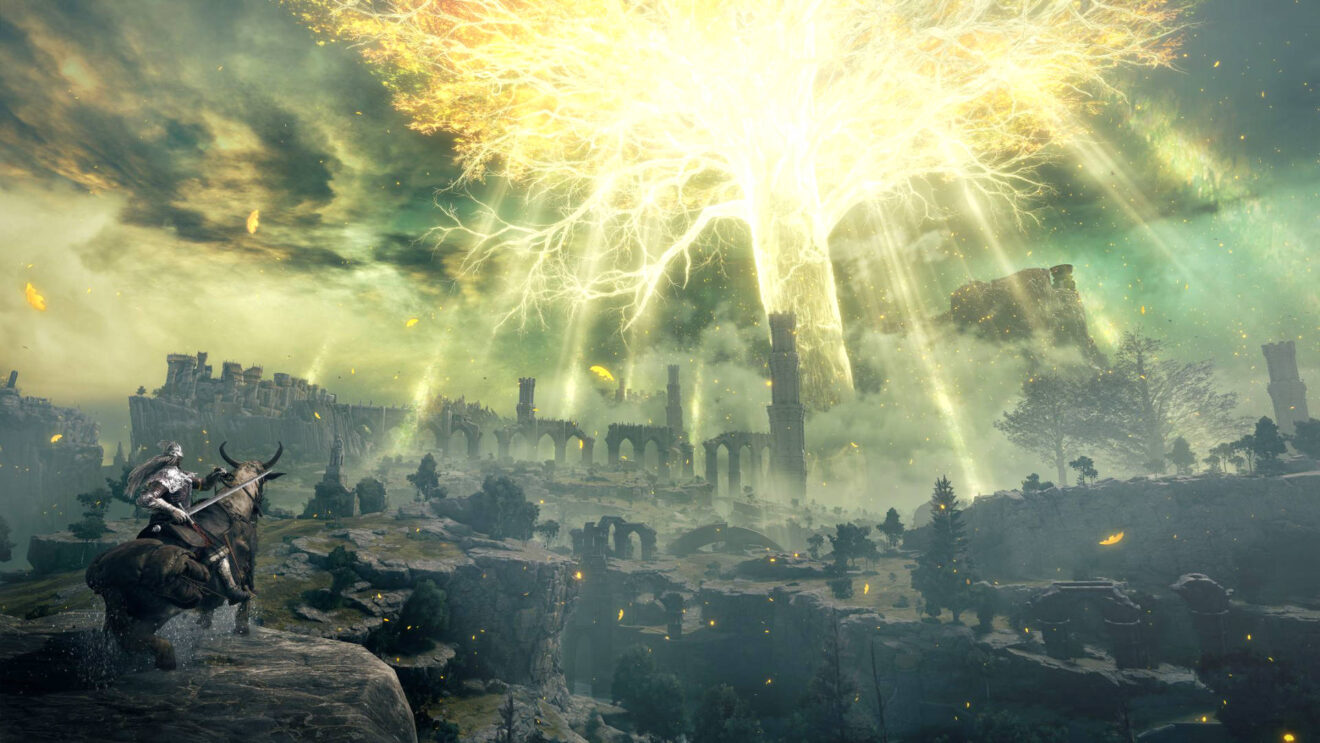 It’s finally here—our Game of the Year. If you haven’t already, make sure to also check out the rest of our choices for the best games of the year, along with our editors’ personal picks.

There were a ton of great games in 2022, but none of them even came close to becoming a phenomenon like Elden Ring has.

If you told us in 2009 that a FromSoftware game would become mainstream one day, we would have laughed in your faces. “You mean the developer that made Demon’s Souls, a game that halves your health bar when you die, is going to make a best-seller? Yeah, right.” Little by little, though, you could see it happening: Dark Souls smoothed out some of the rough edges, Bloodborne brought in more of the action, and Sekiro gave us a thousand videos of streamers reacting to a decapitated monkey coming back to life.

Then came Elden Ring, a game that combines everything FromSoftware learned over the past decade-plus and puts it in an open-world setting that eschewed every “best practice” of the genre. Not only is it the developer’s best-selling game, but it’s one of the best-selling games of the year, period. More importantly, it got millions of new players to discover the magic of FromSoftware games by being the developer’s most accessible title.

Without dumbing down the experience or offering any difficulty options, Elden Ring gives players all the tools they need to succeed. Between spirit ashes, the more streamlined co-op system, and a ton of options for character builds (including making magic-based builds actually viable and fun), there’s always a solution to whatever obstacle you’re facing in Elden Ring. The main difference is that FromSoftware trusts its players to find that solution on their own, without needing a map marker to guide them to it.

Some might bemoan this lack of in-game guidance, finding Elden Ring’s manner of quest-giving too opaque, its narrative threads too invisible. What’s the point if I just have to go online and look up a guide? Well, as the old man in Zelda says, “It’s dangerous to go alone,” and FromSoftware games have never been about going it alone, whether that’s calling in players or NPCs to help fight the toughest bosses or simply going to Fextralife for walkthroughs. The only difference with Elden Ring was that a much larger community was discovering it all together.

While the hype that surrounded the game when it first launched might have died down, Elden Ring’s moments of discovery, the memorable boss fights, and the variety of gameplay possibilities will remain. Some might try to emulate what made FromSoftware’s smash success so good, but doing so will be impossible. Hidetaka Miyazaki and his team worked towards this moment, learning how to trust its players and how far to push them. Elden Ring isn’t a game that just happens. It’s not a freak accident. It’s a game that was a decade in the making.