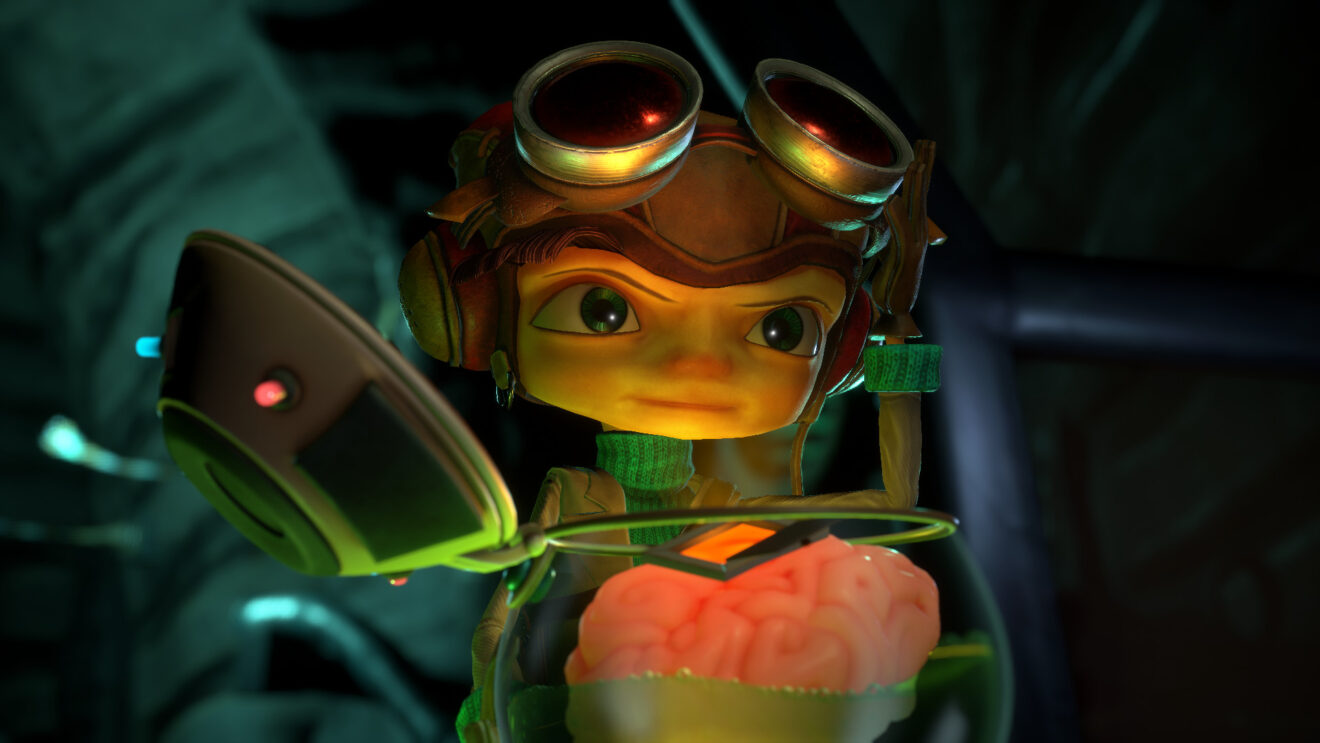 As the new generation of consoles continues to try to gain its footing since last year’s launch, and delays plagued the year almost as much as 2020, some surprising titles emerged to contend for game of the year in 2021. While I felt there were fewer amazing titles this year overall, a handful were still able to claw, ride, or fly their way to the top of my list with ease as I felt they were clearly head and shoulders above the pack. Here are my top five games of 2021.

I feel like Marvel’s Guardians of the Galaxy personified its main characters in a lot of ways. A bit of an underdog when it was first announced, it arrived on the scene with a “kick as much ass as possible and look fantastic while doing it” attitude that defined this game to its very core. The story took a little inspiration from the films and mixed in a lot of deep cuts from the actual comics to deliver one of the most heartfelt tales of the year, resulting in an experience that stands up as one of the stronger Marvel video games. The combat system that has you play as Star-Lord and command the other four Guardians took a little while to get used to, but once you do it only further accentuated this perfect vehicle for Marvel’s most imperfect heroes.

I am very particular when it comes to JRPGs, but the Tales series has always resonated with me. Never before, though, had one compelled me to 100-percent finish it. Tales of Arise found a perfect balance that the series sometimes struggles with between engaging combat and compelling characters. Here, the total package comes together in a world that I always had difficulty leaving at the end of the day, with characters I always enjoyed hearing banter, and special combo moves in combat that kept every encounter with a new monster or one of the colorful main villains exciting. And with a plethora of sidequests, including some that pay direct homage to games of the past and that only unlock after the main story is finished, Tales of Arise has plenty to offer newcomers and series veterans alike.

Towards the end of the year we had just started to see what new-gen consoles could really do, and one of the prime examples of this was Forza Horizon 5. Not only does it maintain the franchise’s high quality of gameplay in terms of driving the best cars in the world, and continue to dominate an entire genre with its blend of arcade and simulation racing options, but this year’s entry—set in a love-letter version of Mexico—is the most beautiful game yet in a series of ever-gorgeous games. Its shifting weather patterns across four diverse seasons (each lasting a real-life week) constantly offer something new in the series’ most diverse map yet, and will leave gamers speechless as they handle hairpin turns along sandy beaches and jump off ramps carved out of Aztec temples. There is no better racing series than Forza at this point, and there’s no better game in that series than Forza Horizon 5.

Resident Evil 7 was my 2017 game of the year, and after I first played Resident Evil Village, I thought the franchise might’ve gotten my GOTY with back-to-back new entries (the remakes don’t count!). Although it just missed the top spot, Village continued the reluctant hero’s story with RE7 protagonist Ethan Winters, and his forced compliance in order to save his daughter leads us down a celebration of the series and horror in general. Vampires, werewolves, creatures in lagoons, and possessed dolls all served as different motifs throughout and kept the gameplay fresh and fun with ever-evolving challenges. Meanwhile, after dominating the Internet, Lady Dimitrescu harkened back to Nemesis and Tyrant, while flooded ruins spoke to B.O.W.-filled sewers from once upon a time. And finally, Ethan’s eventual uncovering of the truth shined a new light on series lore that made Village feel as monumental as its predecessor.

I almost feel bad picking this as my game of the year. I know dozens of fellow gamers who had been pining for a sequel to 2005’s Psychonauts for 16 long years.

I had to wait four months.

I missed the original release and never visited the cult classic over the years. And then it hit Game Pass and I decided to rectify that. While I don’t think you need to have played the first game to enjoy Psychonauts 2, going into it with the crazy cast of characters fresh in my mind did enhance the experience. Every major character has an endearing flaw that makes them relatable, whether you’re meeting them for the first time or finally reuniting with them after a decade and a half. Throw in some spectacular platforming, massive and colorful mental worlds to explore, and some of the best writing of the year, and this was a can’t miss experience—no matter how long you had to wait

While not much in terms of gameplay, The Artful Escape uses a kaleidoscope of bombastic colors and sound to tell a heartwarming coming of age tale that spans the cosmos. Its visually arresting style pulls you in as much as its never-ending guitar riffs as you galavant across unknown galaxies with a motley crew and rock out with aliens. By the end, as your eyeballs have been melted by psychedelic rainbows, you’ll also appreciate the story of a kid trying to overcome the weight of expectations and family legacy through the power of rock ‘n’ roll.

People Can Fly delivers the action every time they develop something, and Outriders was no different. Eventually.

Playing with friends was an absolute blast, as you could create a three-person powerhouse team with a cross-section of abilities that allowed you to mutilate your enemies in fantastic ways, and would have you cheering well into the night. If you could connect to the servers, or if your gear didn’t mysteriously disappear when you got disconnected.

It took weeks before Outriders ironed out most of its issues, but by then the damage had been done. And while it did in the end deliver a compelling story in a fascinating world, not many stuck around to see it through because of the well-documented disaster that was those first few weeks.

When the original ActRaiser released over 30 years ago, the idea of “god games” were still incredibly new and had not been done on consoles before. By combining that style of game with action-platforming sections straight out of the arcade, however, ActRaiser delivered one of the most ambitious blendings of genres seen at the time, and the experiment worked in spades, as it still holds a special place in the hearts of many. And that’s why ActRaiser: Renaissance is so special. It’s not just a massive graphical and auditory overhaul for a modern era, but it looked at what made the original great and streamlined systems, fleshed out storylines, and enhanced the “god game” and tower-defense aspects that made the original such a mind-blowing classic to begin with.