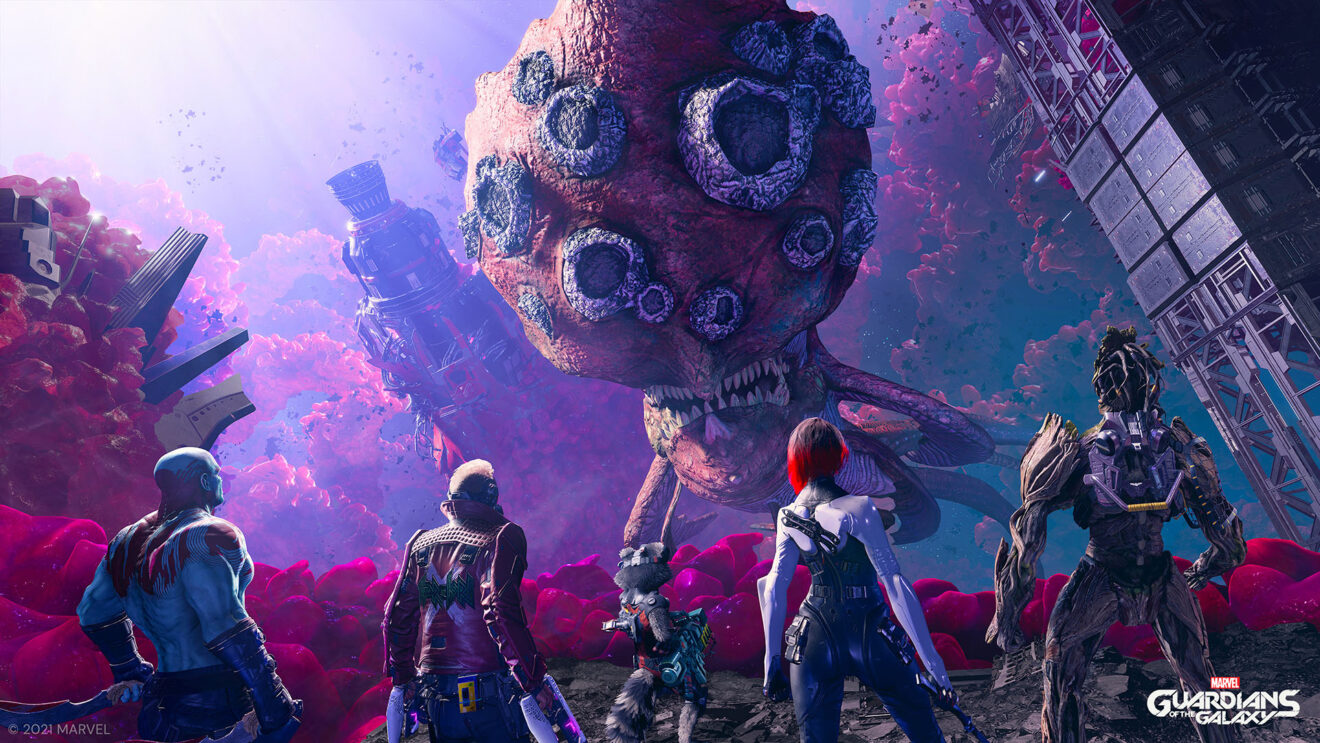 Well, 2021 has been… a year. At times things were easier than 2020, and at times it felt like we were just stuck in the Twilight Zone. Throughout it all, gamers had a steady flow of titles to keep them busy even as things started to open back up here and there. It’s still been brutally difficult for those who wish to join the new generation of consoles. Finding a PlayStation 5—disc or digital—and the Xbox Series X has been a Herculean task. The Xbox Series S appeared with slightly more regularity, even staying on store shelves for more than 24 hours on occasion. Nintendo’s newly released Switch upgrade, the OLED Model, was fairly easy to find when pre-orders first went up, but as those supplies disappeared so did any hope of getting one.

Still, most new-generation games were released on PS4 and Xbox One as well, allowing players to game on in the face of adversity. Here are my personal favorites for a trying year.

This may be the perfect example of not trying to shove a game out the door before it’s ready. First announced in 2015, the road to Psychonauts 2’s release was fraught with obstacles that would intimidate Raz. Its first publisher, Starbreeze Studios, nearly folded in 2018, and Microsoft Game Studios purchased developer Double Fine in 2019. Still, the team making this amazing platform game persisted, and the result is nothing short of spectacular. All of the psychedelic weirdness from the first game is dialed to 11, while expanding on the story of main character Raz and his fellow Psychonauts. Perhaps the best platform game since Super Mario Odyssey, Psychonauts 2 will appeal to most fans of the genre.

Meant as a soft reboot of the Tales franchise, the developers worked tirelessly to make the game worthy of the latest generation of hardware. The result on PS5 shines, with gorgeous graphics, smooth animations, and a darker, more mature story to carry the series forward. The main characters, Alphen and Shionne, come from different worlds and must work together to do all of those giant RPG things that make these games worth playing. That’s not to say the story is rote; indeed, it’s far too rich and complicated to do justice here. Just know there’s a long road ahead with plenty of great twists and turns. There are only so many 100-hour games a person can play in a year, so before you choose, take a long look at Tales of Arise.

Square Enix, Atlus, and Bandai Namco receive most of the attention when it comes to JRPGs, but for my money, nobody does it better than Nihon Falcom, the company behind two long-running series: Ys and The Legend of Heroes. This year saw the western release of Ys IX: Monstrum Nox. The latest adventure of Adol and Dogi takes them to Balduq, a massive city where mysteries abound. Set entirely in and around the city, the game is more expansive than seems possible. In addition to quality action and fantastic graphics, the game leaps beyond previous entries with new traversal methods that tie into the overall mystery. The story, sidequests, and ultimate resolution all make Ys IX the most satisfying action RPG of the year.

One of the few games you can’t play on PS4 also stands as one of the best reasons to acquire a PS5 (don’t give in and pay the scalpers, though). The latest Ratchet & Clank adventure adds the ability to enter rifts to parallel dimensions (the Lombax Multiverse?). Our heroes chase Dr. Nefarious to one of the other dimensions where they become separated, and Clank must team up with a female Lombax named Rivet. Players experience locations both old and new, some of which have changed due to the whole rift thing. While the game retains the familiar feel of previous Ratchet & Clank games, the power of the PS5 shines through in graphics and with the support of the DualSense controller. It’s the perfect PS5 showpiece.

Those who did not enjoy Square Enix’s treatment of The Avengers likely felt a spine-tingling shiver when presented with Marvel’s Guardians of the Galaxy. Shockingly, the game didn’t just turn out good, it’s great! Eidos-Montréal didn’t try to replicate the movie, instead pulling more from the comic series in both design and character portrayal. They hired fantastic voice actors—especially Jason Cavalier Leboeuf as Drax—and fashioned it as a single-player game with supporting characters. Best of all, they told a deep story to keep players engaged throughout. Combat has its quirks, but overall it’s the most fun I had with a controller all year.

When thinking of my personal top games list, Shin Megami Tensei V appeared in three different slots, while falling off the list entirely several times. I completely enjoyed the game: the graphics, the gameplay and, to a lesser extent, the story. But after beating SMTV, its flaws have rented space in my mind. It is repetitive (particularly if you like to 100-percent your RPGs), uneven in difficulty (normal and casual are both still very challenging and the optional, downloadable “safety” difficulty is ridiculously easy) and weak in its story, a rarity for the folks at Atlus. There’s still plenty to love here, and I appreciate that the developers didn’t try to push it in the direction of its more popular Persona spinoff series. I really loved this game, and it may be a top five game. Just let me think about it a while longer…

Hello, my name is Marc Camron, and I paid an obscene amount of money for a graphics card this year. Not from a scalper, mind you. No, finding myself in need of a kick-ass desktop PC, I wanted nothing more than an RTX 3070 or 3080 card. I couldn’t find one though, other than at insane resale prices. I was, however, able to find a lovely MSI RTX 3090 card at the low, low retail price of $1800. It was more than twice what I wanted to spend, but at least I didn’t feel like I was being robbed. The same chip shortage that has made graphics cards so hard to obtain has also affected laptops, game consoles, and even minor consumer electronics. Throw in an international pandemic, labor shortages, and unbelievable cargo delays around the world, and it’s the perfect storm of not finding what you want to put under the Christmas tree. At least my graphics card flies, providing me with performance that will keep me happy for a number of years. I’m sorry for everyone who hasn’t been so lucky.

Alas, the chip shortage has brought another bah humbug moment this holiday season: Valve’s much anticipated Steam Deck handheld isn’t making it to the first customers until at least February of 2022, which moves mine to sometime in Q2 if the timing of the queue translates. My excitement stems from my trying to find a portable way to play my library of Steam games for years. I have tried several expensive micro-computers with built in controllers, but none has felt quite right. By all accounts, though, the Steam Deck will fix that through an optimized OS (based on Linux architecture), and tuning specifically to play games, all for under $1,000. It remains to be seen if it will be the solution PC gaming enthusiasts crave, but I can’t wait to find out.