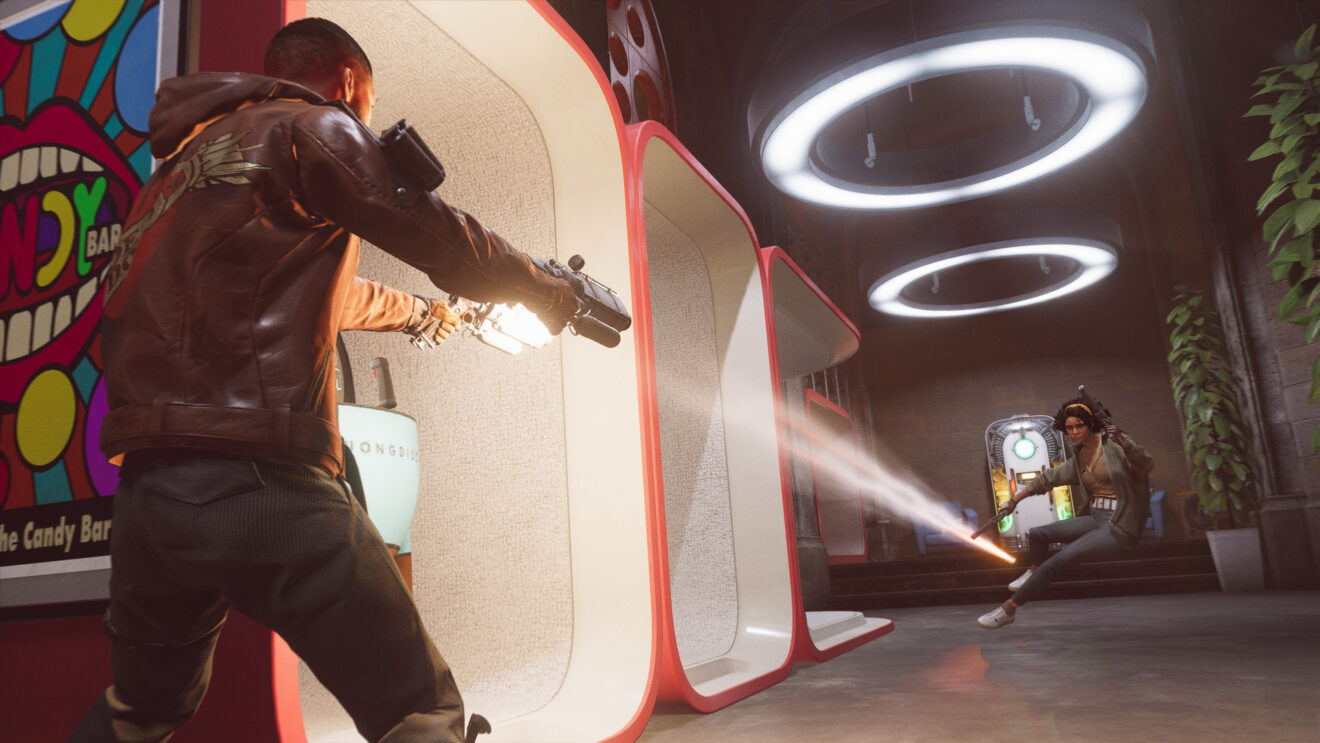 Before we get to the top slot on our countdown of the year’s best, it’s time to see what came in just below it at #2. Check back tomorrow for not only our Game of the Year, but our final editor’s personal picks.

In retrospect, it’s easy to think of Deathloop as a sure thing. Arkane makes great games, and while the stealth of Dishonored may have been its breakout moment, the studio already proved it could push into new genres and settings with Prey.

Viewed one way, it should’ve been nothing for such a talented team to reinvent itself once again, this time with even more action-friendly gameplay and a ’60s- and ’70s-inspired world. And indeed, the team accomplished that much in style, building out the island of Blackreef into a compelling, cohesive world and delivering gunplay and supernatural powers that feel great to wield in creative ways.

But like so much in Deathloop, time changes everything. Unlike Dishonored, which essentially updated the Thief games, or Prey, which was BioShock with the dials turned more heavily toward the RPG side, Deathloop’s central premise meant Arkane needed to rethink and rework huge chunks of the immersive sim design philosophy that’s defined the studio’s modern identity.

Our hero, Colt Vahn, isn’t just exploring a static world or working his way through a linear story. Instead, he’s trapped in an endlessly repeating loop of the same day, trying to weave through both time and space to uncover the secrets of Blackreef and find a way out. While the goal is clear enough—kill all of the (mostly) superpowered Visionaries in a single loop—the means to accomplish that is a mystery that gives the entire game its shape.

That means Arkane not only needed to repeat its past successes, like designing intricate levels and offering open-ended paths to accomplish major goals, but it also needed to make these areas compelling to revisit again and again, and to offer even more alternate solutions, some of which might even be dead ends (albeit usually informative ones). The studio also needed to find a way to thread the breadcrumbs of a story through an experience that has very little control over where the player goes and what they’ve already seen.

Yet you’d be hard pressed to notice any of that while you’re actually playing through the game, hunting down clues and trying to suss out that elusive Golden Loop. Arkane’s storytelling prowess, both environmental and traditional, draws you into the world and its characters. The puzzles you solve, and the order in which you solve them, really do make you feel like you’re dissecting both a place and a moment in time based on your own instincts, not merely being funneled forward on a predetermined path. The moment-to-moment action brilliantly matches Colt’s own journey towards mastery of Blackreef, empowering you not just through upgrades but through knowledge until it feels like nothing can stand in your way. And the ingenious introduction of Julianna—Colt’s nemesis who can invade the game without warning, often controlled by another player—injects just the right amount of unpredictability, keeping you from getting complacent.

What’s so impressive about Deathloop is not that it solves all those big design problems, but that it almost makes you forget they existed in the first place. The biggest magic trick in game design isn’t originality but invisibility. It’s the art of combining familiar ideas into new configurations without giving life to a Frankensteinian monster—ungainly, lumbering around, seams and stitches protruding.

What’s so impressive about Deathloop is that, looking back, it already feels like it was always a sure thing.