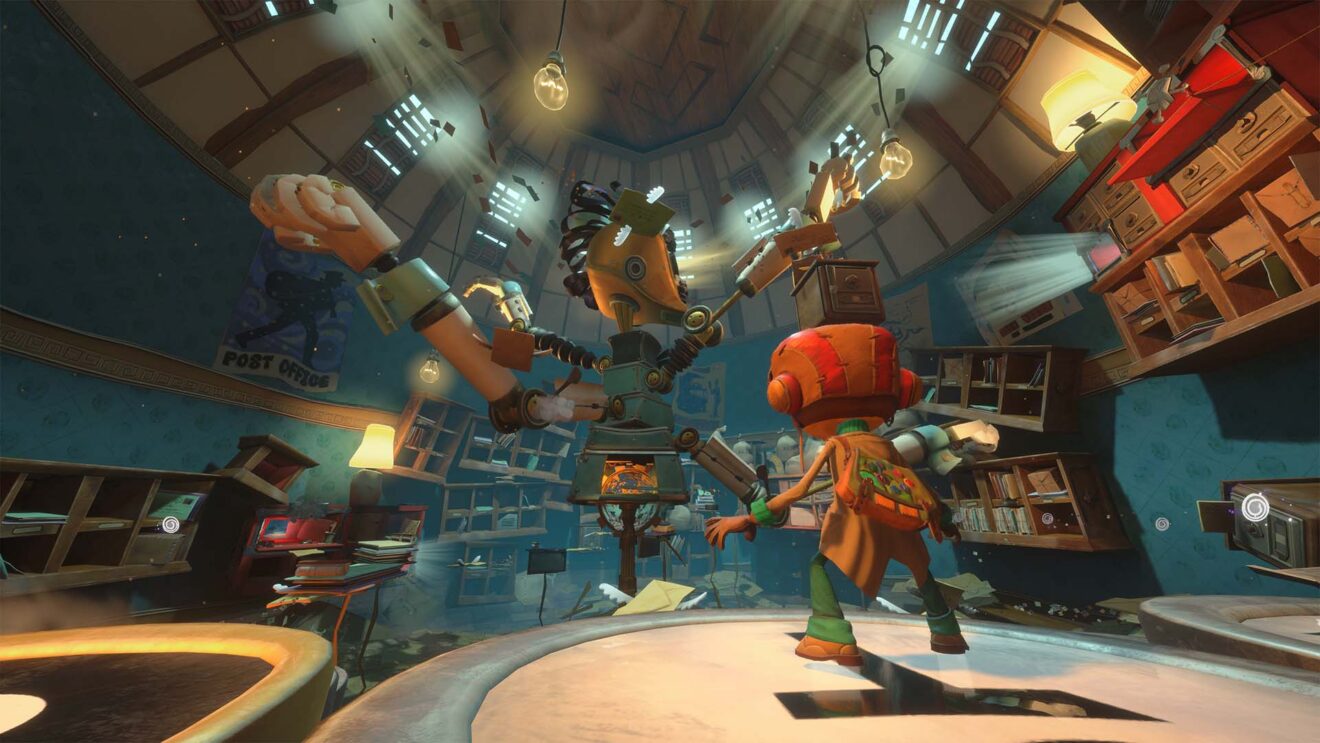 It’s finally here—our Game of the Year. If you haven’t already, make sure to also check out the rest of our choices for the best games of the year, along with our editors’ personal picks.

In the 16 years since the original Psychonauts released, much has changed about the video game industry. One of the best things about Psychonauts 2 is that, just like the story it’s telling, it pretends that no time has passed at all.

As Josh said in our review of the game, apart from the more modern graphics and refined gameplay, Psychonauts 2 “feels exactly like the sequel Double Fine might’ve made in the late ‘00s.” Its basic plot picks up right where the original (and its VR epilogue/prologue Rhombus of Ruin) left off, with Raz and co. heading back to the Motherlobe after rescuing Grand Head of the Pscyhonauts, Truman Zanotto. The gameplay, too, feels more refined than revolutionized: Its platforming feels crisper and more accurate, but otherwise it’s still prioritizing the experience of the levels over the game’s mechanics. Returning to the world of the Psychonauts feels like seeing a good friend after spending years apart and realizing you still get on like the old days.

But time has passed. A lot of time, in fact. Sixteen years contains four console generations and four U.S. presidents. It’s one more year than a quinceañera. I was a freshman in college when the first Psychonauts came out, wondering what I was going to do with my life; now I’m middle-aged and I know that it doesn’t really matter what I decide, life happens anyway. Successes and failures have come and gone. Growth and regression, construction and deterioration, birth and death. I’ve seen things, man. We’ve all seen things.

Where the characters of Psychonauts 2 have only aged a day, its creators have undoubtedly aged much, much more—but in the good kind of way! It’s the way you would hope to age, with grace and dignity and, most importantly, a deeper understanding, appreciation, and patience for what goes on in the minds of others.

Just look at the angle that each game takes when approaching, you know, brain stuff. Raz’s eventful summer camp adventure basically boils down to him having to face his and others’ daddy issues. It’s a game about “kids” and how they see the “adults” in their lives—what’s been done to them and how they want to overcome that dynamic and be their own people. Psychonauts 2 is almost the exact opposite. Written from the perspective of adults, it deals with issues like generational trauma and taking responsibility for one’s actions. They say never meet your heroes, but Raz gets to meet his, and he saves them by forcing them to face their own pasts. The villains, meanwhile, are the ones who ignore their demons and allow them to fester. (Thankfully, Microsoft fessed up to its own mistakes and gave Double Fine room to create after dumping the first game on Majesco’s doorstep and watching it crash and burn financially.)

These are some deep themes, the kinds of themes that video games either ignore altogether or otherwise handle with such moodiness and violence that the message gets lost in the medium. Thankfully, we have Double Fine’s writers, designers, and artists, who mainly seem interested in presenting heavy topics with wonder, joy, enthusiasm, and empathy rather than self-importance and brooding cynicism. It’s a strategy for experiencing life that we should all grip to as tightly as possible as we white-knuckle it into the next 16 years.