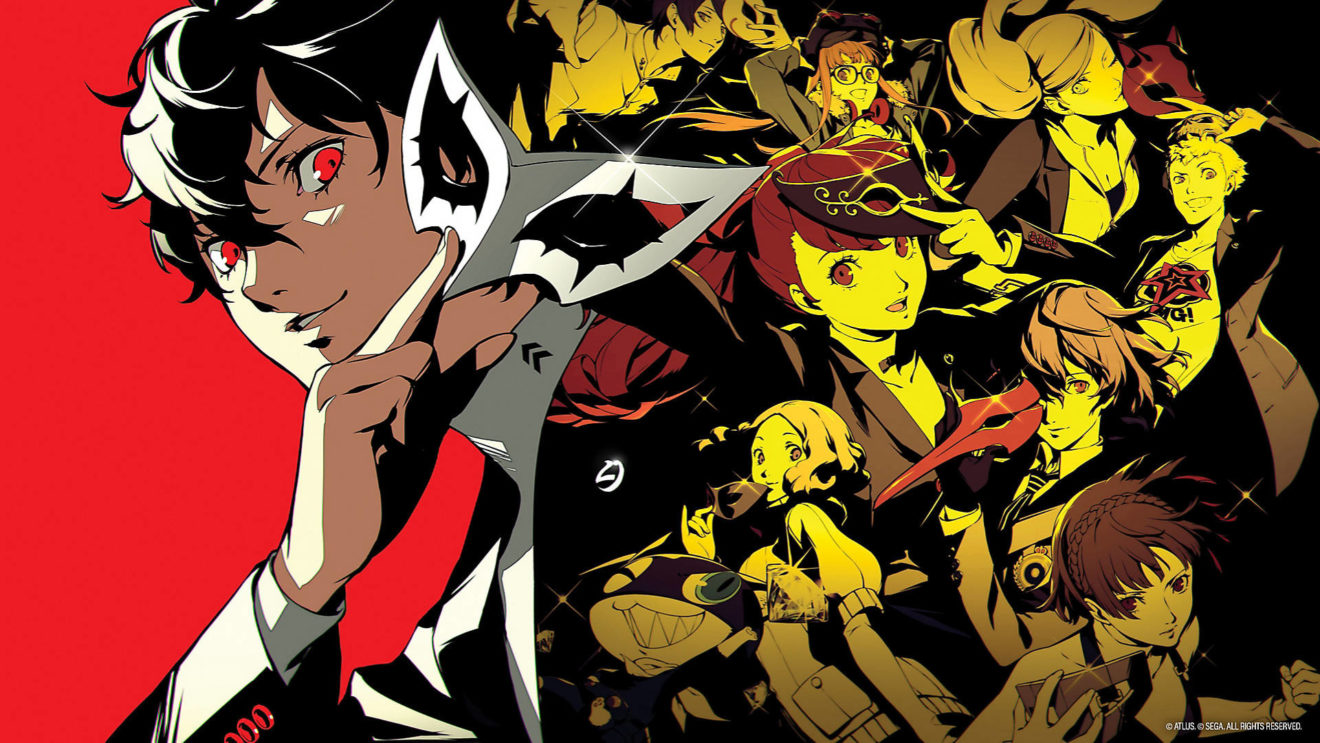 This year, filled with real-world drama, has simultaneously been the longest and the fastest moving year I can remember. Games were a salve for millions of people struggling with innumerable problems related to the COVID-19 pandemic. For those of us who have barely left the house since March, games have provided an escape as well as a connection to our friends. Together we formed squads in shooters, worked together to solve puzzles, and even decorated a mind-boggling number of remote islands. Sure, some game releases were pushed back, and at least one notable title was released far too early. Below are my favorite games of the year. While I have no doubt The Last of Us Part II is a masterpiece, I couldn’t bring myself to play it this year, but I am looking forward to experiencing it in the future. So let’s celebrate the things from 2020 that made us happy, and keep playing those games!

Since 2017, The Legend of Zelda: Breath of the Wild has sat at the top of my favorite games list. I still find it difficult to conceive a game quite as fulfilling as I found Link’s last adventure. While numerous games try to mimic BOTW, none have really succeeded. The closest, Immortals Fenyx Rising, doesn’t quite reach those lofty heights, but it succeeds in many ways. The game features a large, open world (I think I’m figuring out what sorts of games most attract my attention) with some nicely varied environments. Both character and creature designs accentuate the art style, even if there could be a bit more variety. Puzzles and combat are equally fun, and the story is a laugh riot. It’s not going to supplant BOTW on any lists, but for those who appreciated that adventure, this could scratch a particular itch.

Honestly, there aren’t a lot of reasons to buy a next-generation system in 2020. Many of the impressive games were pushed back, and most titles that do show these systems off are playable on older hardware. There’s the speed, of course, and there’s Spider-Man: Miles Morales. A follow up to Insomniac’s original Spider-Man game, this chapter isn’t as lengthy as its predecessor, but that doesn’t make it less engaging or exciting. Additionally, Miles as a character is different enough, so you never feel like you’re playing a reskinned Peter Parker. True, you can play a version of this on the PS4, but the PS5 version with its support for ray-tracing and 60 Hz will take your breath away. The PS5 and Xbox Series X are fast, and they make games look great, but Spider-Man: Miles Morales is really the only killer app either one has at launch.

I only played Final Fantasy VII once, when it first came out for the original PlayStation. While I loved the story and the characters, I was not a fan of the prerendered environments and wonky looking polygonal characters. To me, the style—as is true with many, many PS1 games—doesn’t hold up. That’s why I was excited from the first teaser I saw for Final Fantasy VII Remake, and that excitement was fully warranted. With gorgeous graphics, superb voice acting, and finely polished gameplay, Remake was everything fans could have asked for and more. I do wish the entire game released at once, and there’s still no indication of how many parts there will be. But I’m willing to wait if subsequent volumes are as good as this one.

I never thought I would play an entire modern game in black and white. Then came Kurosawa mode, a filter in Sucker Punch’s masterpiece, Ghost of Tsushima. The word filter doesn’t do Kurosawa mode justice, though. The experience is akin to jumping into a classic samurai film, feet first, with all the action, drama, and artistic beauty. Tsushima Island is a sprawling land that welcomes exploration, offers myriad missions, and feeds off of visceral combat. I could easily picture legendary actor Toshiro Mifune playing protagonist Jin Sakai in a 1950s movie version. Most importantly, the game plays exactly as it should, with fluid sword combat, precise archery, and enough blood-soaked cinematics to keep the most diehard action fan engaged for the long haul.

I usually don’t play games more than once, being perpetually behind in things I want to experience. But the Persona games are different. That’s because Atlus has a nasty tendency of taking the Persona games—which are already amazing—and making them better. Persona 5 Royal features so much new content, including an additional school term, that it’s comparable to playing a fantastic director’s cut of a film. How amazing? I somehow sank more than 200 hours into strengthening my relationships, exploring every inch of every dungeon, and making sure every run into Mementos (the randomly generated deep dungeon) stretched my party to its limits. A great story, amazing art, and a unique UI made every minute I played a joy. Anyone interested in a deep, beautiful JRPG should play this.

I have already talked about the pandemic way too much, but I can’t help it; that’s the reality we live in right now. One thing this year has shown us is how much games mean to people. Along with toilet paper, the other significant shortage was for the Nintendo Switch, and the first place many people went for solace was into the arms of Animal Crossing: New Horizons. We couldn’t go to the movies or restaurants, but we could create our own islands for real and virtual friends. There were other games, of course, old and new. And on Twitch, we watched each other play and made new acquaintances around the world, to the tune of more than 80 million streams this year alone. If there was any doubt gaming is fully a mainstream activity, 2020 put it to rest.

Two next-gen systems launched in November 2020, two days apart, and both of them sold out immediately. However, for the first time in the history of system launches, there was not one real next-generation game that arrived between them. Yes, both consoles have games that take advantage of their hardware to make games prettier. Yes, there are even a few games you can’t play on older hardware (Astro’s Playroom and the Demon’s Souls remake, at the very least). But there were no true new-gen games at launch. Microsoft decided to make all games playable on both the Xbox One and Xbox Series X/S family of consoles, and Sony’s most significant games like Spider-Man: Miles Morales and Sackboy: A Big Adventure have PS4 versions. The blame lies in two places: the pandemic and the want for a smoother transition between generations.

The funny thing is, few people really seem to care. Consoles flew off shelves and remain nearly impossible to get, and scalpers command insane prices for those desperate to put a shiny new system under the tree. Still, it would have been nice to have at least a few fantastic exclusives that take advantage of this fancy new hardware. Sure, it’s fun to show off the non-existent load times, but it’s more fun to show off some games that make your house the coolest one in the neighborhood. At least you still have your freezer full of pizza rolls.

I love Nintendo. The company didn’t even have any games in my top five this year (though a couple cracked my top 10), and I still just love them. The Switch is the least powerful marquee hardware on the market right now, and many of the top franchises still haven’t appeared on it nearly four years after its launch (I’m looking at you, Madden and Call of Duty). It doesn’t matter, though. Nintendo has gone a different direction and has succeeded wildly. Will it release a more powerful version of the hardware in 2021? Who knows! Will it matter? I’m guessing no. Next year we will see more rereleases like Super Mario 3D World + Bowser’s Fury, original games like New Pokémon Snap, and maybe even a massive sequel with The Legend of Zelda: Breath of the Wild 2. Plus, I’m sure there will be a few quality surprises as well. Sure, Nintendo doesn’t always succeed (see: Wii U), but it will continue to impress as long as it follows its own path.