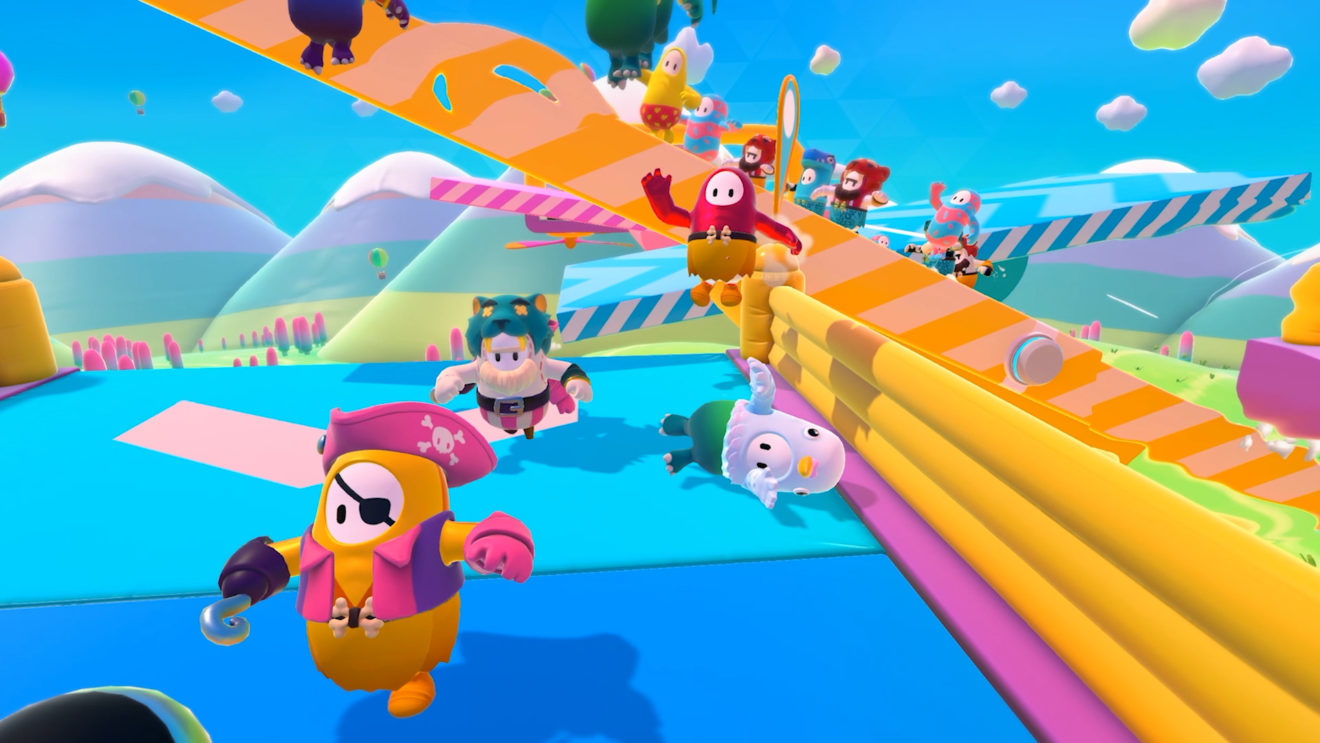 If I had to pick two words to describe Fall Guys: Ultimate Knockout, they would be Beautiful Chaos!

The premise is simple: Defeat 59 other beans across several rounds using just three buttons to take the Crown. However, this simple premise quickly becomes much more difficult when you throw in unpredictable physics, teammates, and a plethora of obstacles intent on ruining your day.

And that’s the beauty of Fall Guys: its unpredictability. You can be great at the game and still end up eliminated because your bean decided to randomly fall over or your teammates forgot what the objective of the level was. It offers a feeling that anyone in the lobby has a chance to win.

But what good is this feeling without the levels to back it up and keep players pressing that “Play” button over and over and over again? This is both a strength and a weakness for Fall Guys, as the levels themselves are fun and well-thought-out in most cases—looking at you Block Party—but, you’re going to see them all a lot.

For instance, Hex-A-Gone, one of the more popular levels, requires you to jump on tiles and be the last player not in the slime. While it’s a simple concept that actually rewards skilful players, it also has that element of chaos that I previously mentioned. How many tiles do I have below me? Will this other player grab me or cut me off? Will I bump into someone and drop three floors? It’s these questions that keep your heart rate high and ensure that the adrenaline is flowing right up to the moment you or the last remaining other player hit the slime. This can be said of all the finals, and it’s that feeling that makes you want to jump back in and go again at the end of each game.

Mediatonic is working hard to eliminate the weakness of repeating levels, though, through post-launch support. Already, the developer has introduced 13 new levels since the game launched in August and has also shown its willingness to experiment with existing levels to keep them feeling fresh. As long as the development team can keep up the constant updates, then this main weakness will eventually be eliminated.

Another strength of Fall Guys is how it rewards players for their victories. Unlike Fortnite, Apex Legends, or Warzone, a win in Fall Guys means more than just a stat pad, as the Crowns earned for a victory can be spent on cosmetics in the in-game store. This is fantastic, as it means that there’s a reason to strive for a win each time you play beyond just bragging rights.

And this brings me onto my final point: monetization. Almost everything in Fall Guys is earnable through playing the game. Beyond a small handful of optional DLC costumes, cosmetics can be purchased through Crowns and Kudos, which are both obtained by completing games. No need to purchase large amounts of in-game currency to get that costume you really want from the shop and no Battle Passes to constantly keep buying. (There is a pass, but it’s free.) As a result, you’re always being rewarded, even if you go out in the opening rounds.

Fall Guys manages to capture the spirit of game shows like Takeshi’s Castle and Total Wipeout in video game form while offering short bursts of adrenaline fuelled fun that will keep you coming back for more. This is why it deserves a place among the best of 2020.