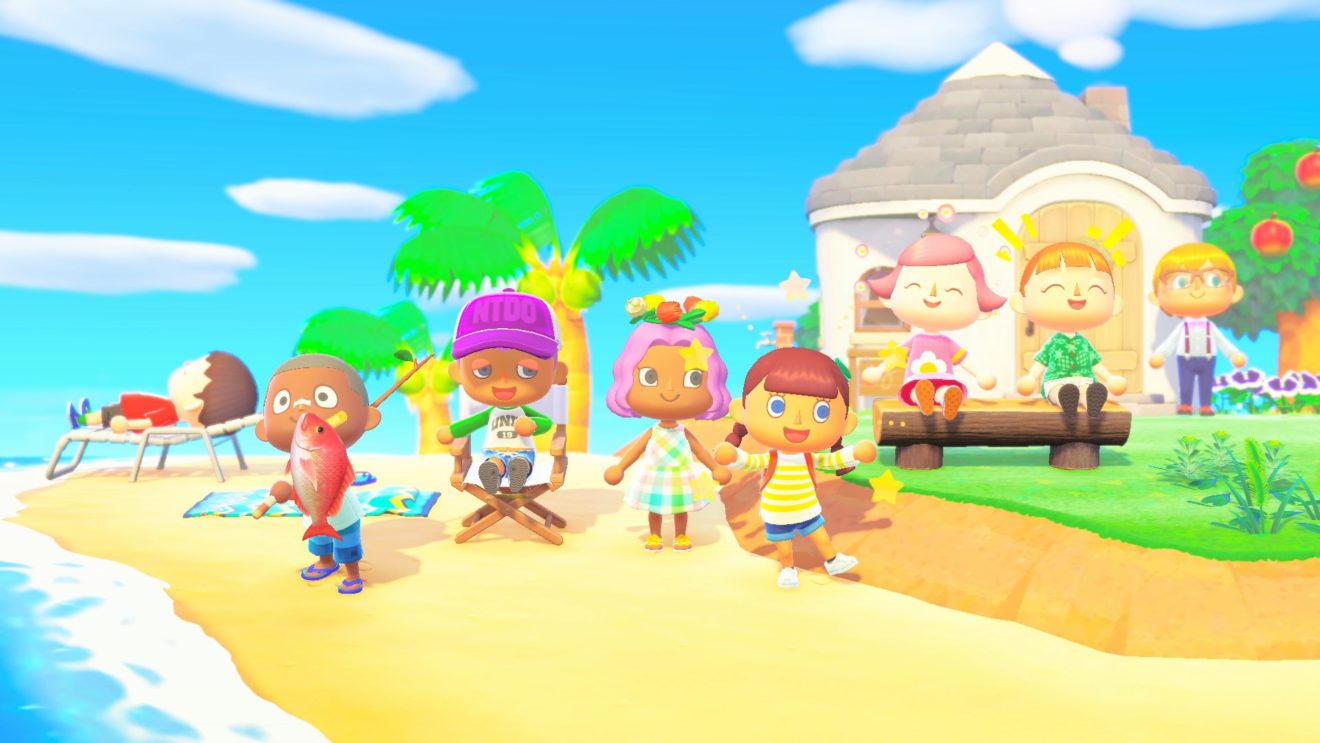 Like many others, I stopped playing Animal Crossing: New Horizons back in late April. After recruiting all my villagers, convincing K.K. Slider to perform an intimate concert outside the town center, and building up a few points of interest like a theme park, a gym, and a hilltop zen garden, I’d pretty much done everything I wanted to do in the game. Months passed, and as my last visit to my island became a faint memory, the prospect of returning to my long-abandoned home filled me with such anxiety that I only just turned the game back on in preparation of writing this Game of the Year entry.

So why did I campaign for this game being ranked so high on our list, when I clearly dedicated very little time and energy to it, all things considered?

For some players, New Horizons was sourdough. You did it for a few weeks, then realized that you didn’t really care that much and found a new hobby.

For others, it was an interactive Zoom call. It provided a platform to meet up with friends and make new memories during a time when doing that in real life could have serious consequences. Some people even hosted their freaking weddings in the game. (In another life, I might have joked about having a New Horizons funeral, but that life is gone.)

In a year where many of us missed spending our favorite holidays with loved ones, New Horizons provided a steady schedule of vaguely named themed content (Toy Day, anyone?) that reminded us of our old lives just enough without fully forcing us to adopt the concept of a “new normal,” a phrase that has lost all meaning by this point.

Yes, this is all context rather than content, but if you wanted to judge New Horizons as a game, that misses the point of what Animal Crossing is. It suffices to say, however, that New Horizons brought some much-needed quality of life improvements to the Animal Crossing formula while giving players even more creative freedom. Instead of restoring a town, players got to build their own island getaways. The tool wheel led to a more streamlined experience, and terraforming let players literally move mountains.

Is there still room for Nintendo to improve this experience? Obviously. Would it have been nice to have had a grid-style map of my island on which I could specifically place my villagers’ homes without having to eyeball it in 3D space and then spend additional bells to move them one block closer together because I messed up where I placed them? Duh.

But streamline it too much and you begin to lose what New Horizons really is. It’s not a city building sim. It’s a weeding sim. It’s an apple-picking sim. It’s not a game. It’s not even an experience. It’s a hobby. It’s a calming presence. It’s an adorable digital terrarium. It’s the video game we needed most when we needed it most, and we can’t underestimate the value of something that provided warm comfort in such a cold, difficult year.