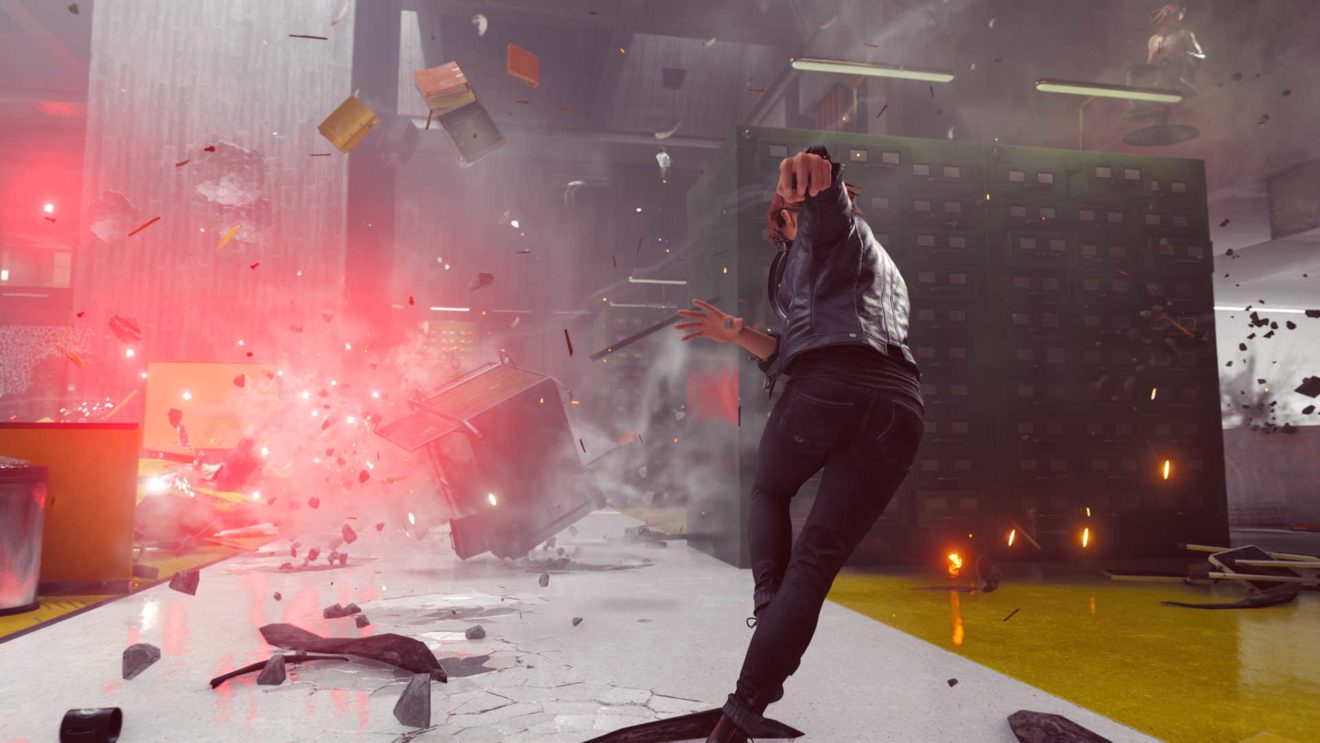 As we near the end of this console generation, it’s understandable that we’re starting to see, in my opinion, more very good games and less great games. Publishers are saving their best games to help launch new boxes, and developers are focusing on the new toys they have to make the best games possible with their dev kits for this new hardware. Developers are also extremely proficient at this generation of hardware now, creating a more level playing field overall. But, even so, there remain a few titles that will always rise to the top of any given year, and I feel these five deserve to be played more than any others from 2019.

I admit that part of why I may be ranking this on my list is the fact it has been so long since we’ve had a good Star Wars game. But Fallen Order is a good game even if it didn’t have the Star Wars brand, and that deserves recognition. It gives us a more in-depth look at how Order 66 decimated the Jedi, especially those not around the central action of the films. It introduces us to new worlds and lets us explore them in fun and inventive ways. And its combat is satisfying in how you balance your saber techniques along with your force powers. Combine this with great performances from everyone involved and you have an extremely solid adventure that shows story-driven Star Wars content can still be done and done well.

Indivisible’s story about bucking destiny and finding redemption is one of the more original, and enjoyable, tales you’re likely to encounter this year. It has an absolutely massive roster for a modern RPG, and each character has a story to tell and their own unique advantages in combat, affording each player the chance to build a roster that best suits their playstyle.The timing element for attacks adds a unique challenge to your traditional turn-based RPG combat, and when you combine all this with a gorgeous hand-drawn art style, it’s hard not to see why Indivisible is a must-play indie darling.

So often fighting games don’t get as much love as they deserve on these lists, but Mortal Kombat 11 is the genre’s best game in years. An expansive Krypt, engaging story mode, and a roster of all your favorite fighters from the series all culminates in a pinnacle for the iconic fighting franchise. It’s expertly balanced, the tower system provides endless replayability, and the new fighters added to the roster this go around perfectly complement the return of many long-time favorites. So whether you like to zone, get up close and personal, or just spam those damn sweep kicks, Mortal Kombat 11 is a fighting game that should not be soon forgotten.

I’ve been a Fire Emblem fan for decades now, and it’s a series known for its hard decisions and brutal tactical gameplay. No other entry, though, requires you to make so many hard choices as frequently as this one does. From the near-impossible decision of what house you’ll become a teacher in, to what allies will join you on your crusade to save the world, Three Houses tests your mettle (and how well you keep track of your save files before branching paths) like no other game in the series before it. For fans of strategy games, none greater were released this year.

For a game that came onto my radar so late (literally just a couple weeks before its release), I was blown away by what it was able to do.I’ve always been a fan of Remedy (yes, even Quantum Break), but this is easily its best effort yet. It’s all the studio’s strengths cranked up to maximum. It’s just the right amount of weird, with good gunplay, wacky characters, amazing performances, and some cool superpowers that make Jesse the most badass new game heroine we’ve seen in a long time. And when the Alan Wake Expansion drops next year I’ll be first up to return to the Federal Bureau of Control.

For a long time this year Metro Exodus was in my top five, so I figured it deserved at least some recognition as the best entry yet in a trilogy that made leaps and bounds between chapters. The struggle of Artyom and his comrades sucks me in each time I start a new Metro game. The scope of this one is unmatched, culminating in one of the most satisfying endings you could expect from a series centered on the nuclear apocalypse. It still gives players the welcome option of being able to stealth through dynamic environments, or go in guns blazing if you think your ammo will hold out. It’s a shooter-survival game not for the faint of heart—and an adventure that will stick with me for a long while.

If you’re making an indie game nowadays, there’s a good chance you’re making a Metroidvania. Heck, even the original creator of Castlevania threw his hat back into the ring with Bloodstained. As good as that game was, though, I found one even better in Blasphemous. Steeped in ancient Christian ideology, the sprawling world you play through is a twisted nightmare of holy relics and torture. For example, you slaughter cherubs for collectibles, and get health increase bonuses from a woman impaled on six swords (each time you find her, she gives you a sword and thus more health). It’s gruesome, gory, and the most glorious Metroidvania of the year. If you love the genre, go serve your penance and play this game.

Normally I remove remakes from being eligible in my game of the year awards, but Resident Evil 2 being rebuilt from the ground-up in the way that it was means I’d be remiss to at least not shine a light on it. And yes, it’s not just a remake, it’s really a reimagining. Sure, there are weird puzzles still being solved in a police station of all places as Leon and Claire uncover what Umbrella was really up to in Raccoon City, but it’s never looked so good or been so fun. Between this and the launch of Resident Evil VII a couple years ago (my personal 2017 GOTY), it really feels like Capcom knows what to do with its landmark survival horror series after years of floundering. And it’s only made me all the more excited for next year’s Resident Evil 3 remake.