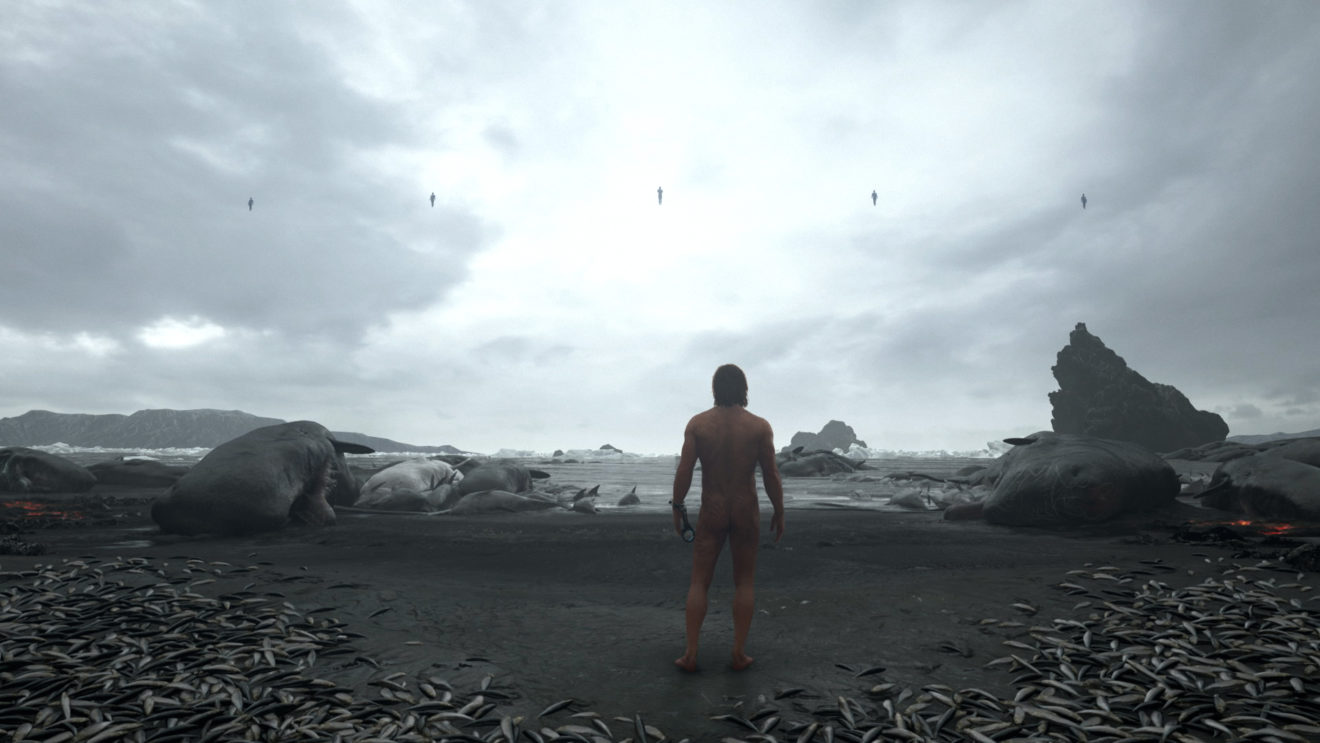 From the moment Hideo Kojima first forced us to gaze upon the bare ass of CGI Norman Reedus, it was clear Death Stranding would be destined for greatness or madness. As subsequent trailers piled on cryptic image after cryptic image, it began to seem like there was no possible way that all these strands could possibly come together into one coherent video game.

As it turns out, all those bonkers teases make perfect sense in context, and the story and world are among the game’s most accessible aspects. Kojima gave us a straightforward, easy-to-follow tale weaving together theoretical physics, evolutionary history, social media addiction, the gig economy, climate change, the rights of the unborn, the Egyptian Book of the Dead, and Kevin Costner’s 1997 box office bomb, The Postman. (The fact that the last sentence is both a joke and 100 percent true might be more telling than anything else.) In the end, the truly challenging, divisive part of Death Stranding is the gameplay.

By now, you’ve no doubt heard that Death Stranding is effectively a postapocalyptic UPS simulator, with our hero Sam Porter Bridges seeking to rebuild America one package at a time. While there are some perfunctory combat encounters, the simple act of delivery makes up the vast majority of the time you’ll spend in Death Stranding, and Kojima has placed an extraordinary amount of emphasis in making the simple act of lugging something from point A to point B robust enough to sustain an entire game.

Just walking requires careful attention to terrain and balance, as does loading your back with parcels and gear. On occasion, you’ll be forced to carry a delivery by hand, which means you’ll be holding down a trigger for the entire walk. Spaces between your objectives are comparatively vast, mostly desolate, and often treacherous, either due to the ghostly BTs or simple geography. While the game’s connected nature, in which some structures other players have built will appear in your world (and vice versa), can simplify your treks, you’re still forced to rely on careful planning and the huge variety of traversal equipment at your disposal. Never has such a simple top-line description—Fetch Quest: The Game—butted against such depth in the actual play.

At this point, I should probably make something clear: I’m no fan of Kojima. A little less than a decade ago, I decided to fix one of my biggest blind spots and play through the Metal Gear Solid games for the first time. I made it through the first two, but after the end of Sons of Liberty, in which I exploded the President of the United States on a Manhattan rooftop following roughly 25 minutes of word salad about memes, I gave up. I couldn’t do it. I couldn’t buy into the idea that Kojima, a man seemingly more interested in sharing trivia from the last 10 nonfiction books he read than in telling a coherent, human story, was somehow one of gaming’s greatest geniuses.

But after some convincing from Michael and Mollie, I spent 90-odd hours trudging through the whole of Death Stranding, and here I am, volunteering to write a post defending it as one of the best games of the year. I haven’t undergone any Pauline conversion on Kojima-as-writer (even if I must begrudgingly admit he’s more focused and emotionally grounded here than I’ve ever seen him), but I’ve become fascinated by his voice as a designer of systems and mechanics.

With the launch of Sekiro earlier this year, the same discussions about difficulty in games reappeared, including one I’ve always found fascinating. Whoever first drew the comparison escapes both my memory and Google, but someone once wrote that games can be difficult in a way that other forms of art, like literature and film, cannot replicate. A hard game can actively stops you from experiencing the entire story because you lack technical ability to move forward. This is different from, say, a “difficult” novel or movie, where there is no impediment to progress save for patience: the patience to endure dense, stodgy language or a plodding pace, and the patience to seek meaning where it may not be readily available.

What’s most striking to me about Death Stranding is that it is very nearly difficult in the exact way those other forms can be difficult. Over my near-100 hours, I think I died twice—once because I looked away from the screen and accidentally tumbled over a waterfall—despite playing on the second-highest difficulty setting. Technically, it may be one of the easiest games I’ve ever played. But in its commitment to tedium and its deep mechanical exploration of the basic actions other games smooth over, Death Stranding demands an extraordinary amount of patience to appreciate. There’s a richness of meaning to explore, not in the convoluted Kojima speak and maximalist nonsense, but in what can happen if games focus intently on the aspects they usually ignore.

So, no, I’m still not convinced Hideo Kojima is a genius. But I’m sure as hell going to play whatever he makes next.