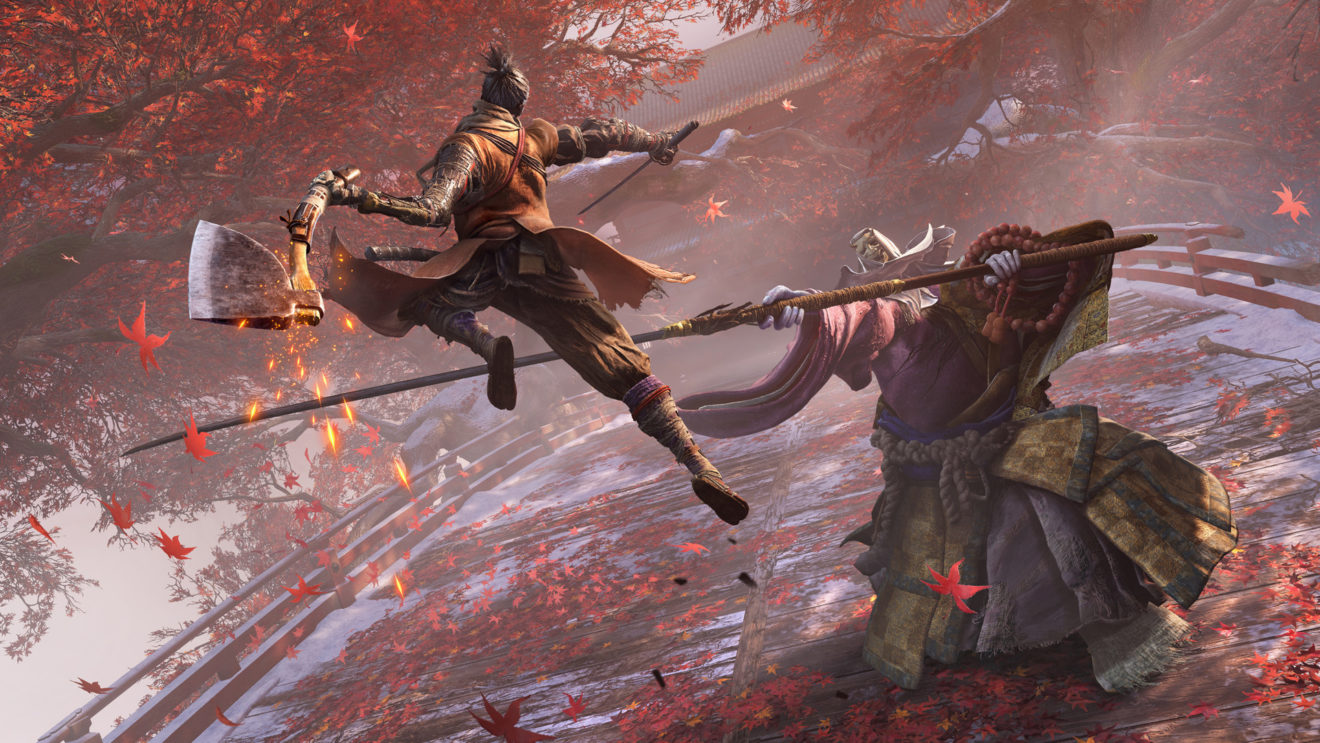 Sekiro: Shadows Die Twice might be the most zen game FromSoftware has released, and that’s not because it features motifs of meditation and Buddhism and the other various nods towards spirituality and religiosity that comes with its immaculately realized Sengoku period Japanese setting. It’s zen because it overtly recognizes death, beginning with its title.

When it was first announced, the game’s title sounded cumbersome to me. Demon’s Souls, Dark Souls, and Bloodborne all seemed much cleaner and more concise in comparison. They seemed elemental. But Sekiro needs Shadows Die Twice. While FromSoftware’s other games have all danced around the concept of death in their titles, Sekiro: Shadows Die Twice makes it a foregone conclusion.

In his introduction to the third edition of the Tibetan Book of the Dead, Lama Anagarika Govinda posits that “we all have died many deaths, before we came into this incarnation. And what we call birth is merely the reverse side of death, like one of the two sides of a coin, or like a door which we call ‘entrance’ from outside and ‘exit’ from inside a room.”

The villains in FromSoftware’s other games are always trying to delay the inevitable; Sekiro’s villains are outright trying to defeat it. Sekiro, the Wolf, is tasked not with slaying evil—”good” and “evil” are merely constructs in his world—but with delivering unto them an epiphany.

It’s a tale as old as Dark Souls, which tasked players with a similar burden. But, for some reason, this mantra only just clicked with me after playing Sekiro: In order to fully enjoy a FromSoftware game, you have to accept that you are already dead.

Previous FromSoftware games offered enough distractions to make you think that you take your own destiny into your hands and coddle it. There were long lists of stats to upgrade, from which you could quilt together a patchwork class to create a makeshift hero. There were various weapons to choose from and enhance with titanite shards, constructing an illusion that you could play the game however you wanted to. There were even ghostly mirages, helpful messages, and the option to phone a temporary friend to beat a boss for you.

Sekiro does away with all that nonsense, the material concerns that distracted Dark Souls players from the truth. Instead, the game gives you a katana, a grappling hook and a handful of tools, then slaps you on the butt and sends you on your way. It doesn’t let you build up a wall of stuff to obscure the reality of your situation, and it doesn’t really let you grind to become stronger either. The only thing you have to rely on is yourself.

Step onto the abandoned battlefield outside of the Ashina Castle Gates. Hear the stampeding war cries of Gyoubu Masataka Oniwa. Prepare to die. Accept that you are already dead.

But FromSoftware knows it has to give its players something to hold onto as they die, die, and die again, and it relents in the manner it always has, with exceptional and mysterious worldbuilding, wondrous art design, and the best-feeling hand-to-hand combat possible. Has any mechanic felt as good in games this year as parrying an enemy and running them through with a deathblow? Is there any boss fight as surprising and as memorable and as alive as the Guardian Ape? Are there any moments more exhilarating than dashing through the Gun Fort or seeing the Divine Dragon rise from the ground or facing off against a reincarnated legendary swordsman who seconds earlier pull himself out of the carcass of his grandson, standing in a field of white flowers as a lightning storm brews above?

When I think about these moments, I can picture them with perfect clarity. Most moments in games, even the ones I really love, become abstract memories. I remember liking them more than I remember the actual sights and sounds and whatever. The emotional broad strokes are clear, but the fine details are lost to time. When I think about Sekiro, I can picture these moments perfectly, as if I’m watching them unfold right then and there. I close my eyes and see the Corrupted Monk on the bridge, spinning up blood-red leaves. I see her disappear into her shadow selves. I see a monstrous centipede burst forth from her neck.

The most prescient image that encapsulates the spirit of Sekiro, and of FromSoftware as a whole, is that of the one-armed Sculptor. He’s spent his whole life perfecting his craft, and he uses this knowledge to gift the Wolf with his prosthetic arm. Yet in the end, he knows his fate and stumbles towards it. He’s waiting for you to deliver it, but only when you’re ready.