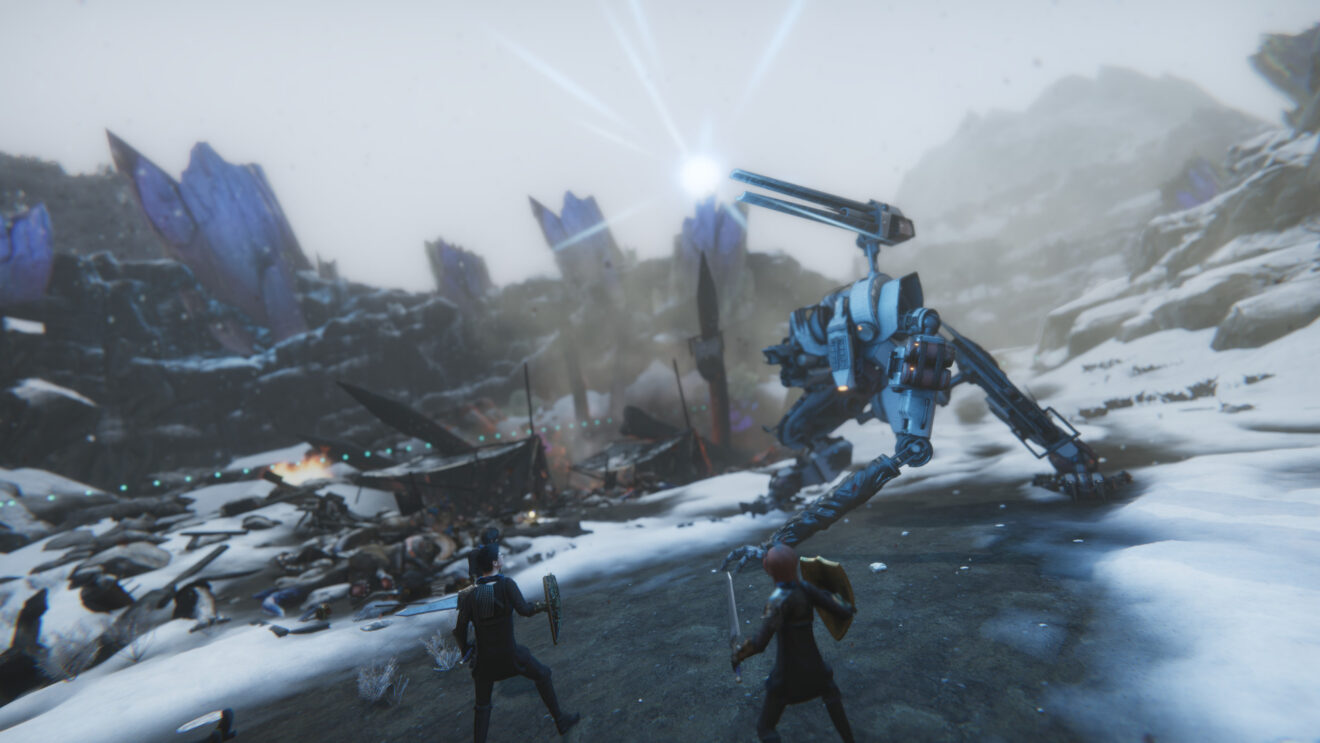 Midgar Studio’s JRPG Edge of Eternity arrives on PlayStation and Xbox today, and to celebrate, publisher Dear Villagers has released a new trailer.

The game is set on Heryon, a world in a constant war with magic and technology following the arrival of a mysterious alien force. These alien invaders have unleashed a fatal disease known as the Corrosion that turns living forms into abominations. Players will follow a young soldier as he sets off on a mission to find a cure.

As previously announced, the console versions of the game will feature all of the current and upcoming updates and fixes released for the PC version as well as support for Japanese voiceovers.

Edge of Eternity is available now on PlayStation 5, Xbox Series X/S, PlayStation 4, Xbox One, and PC. A Nintendo Switch version is also in development and is scheduled to release on February 23rd.