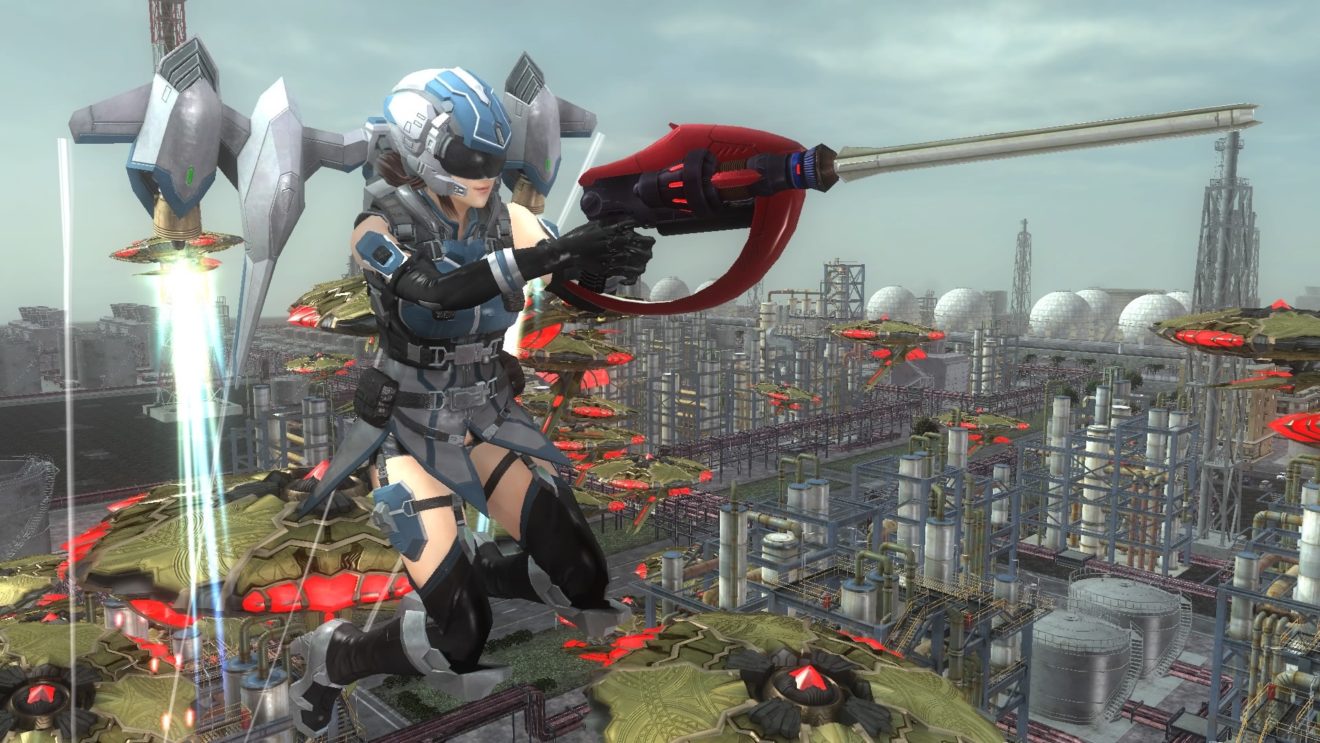 D3 Publisher has announced that Earth Defense Force 5 will be getting a PC release via Steam on July 11th.

The arcade shooter takes place in 2022 and sees players taking on the series’ first humanoid aliens called the Primers as one of four classes.

“It all started in Japan, 2022. An immense fleet of starships laid siege to an EDF base located in the rough city outskirts in the Kanto region,” the game’s description reads. “This was an enemy humanity had never encountered, the Primers. Even worse, enormous insects attack the EDF base built even further underground. The EDF fights back.”