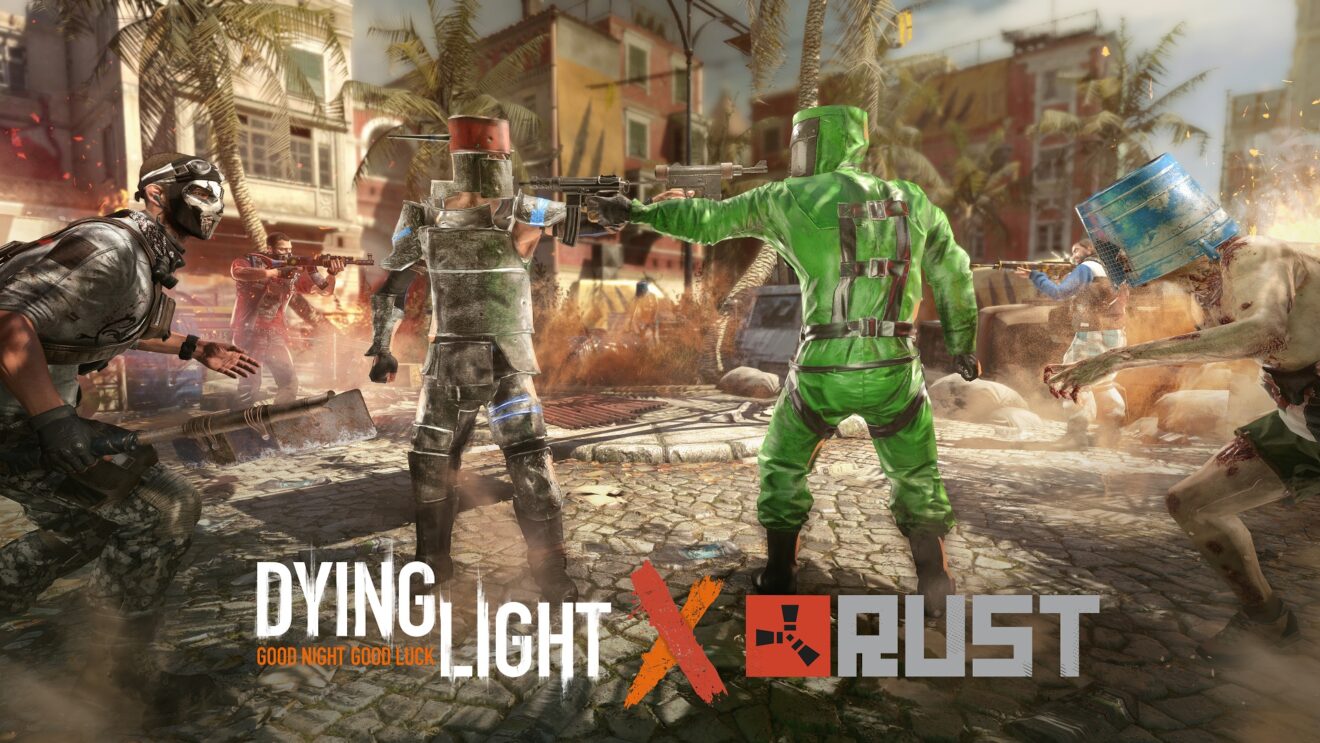 Techland has announced a collaboration with Facepunch Studios that brings the world of multiplayer survival game Rust to Dying Light.

Additionally, all players will receive the Free Rust Bundle that includes a Rust-themed player skin and buggy skins, as well as a Rust assault rifle, custom SMG, and Salvaged Cleaver. By completing Research Bounties during the event, players can earn the resources for Gold Blueprint upgrades for the Rust weapon set.

Finally, players can work together in a Global Event to get the Gold Fire, Gold Freezing and Gold Poison C4 Dockets “by hunting down Air Drops, raiding two new Rais’ Outposts, and eliminating bandits.”

Dying Light is available now on PlayStation 4, Xbox One, and PC.