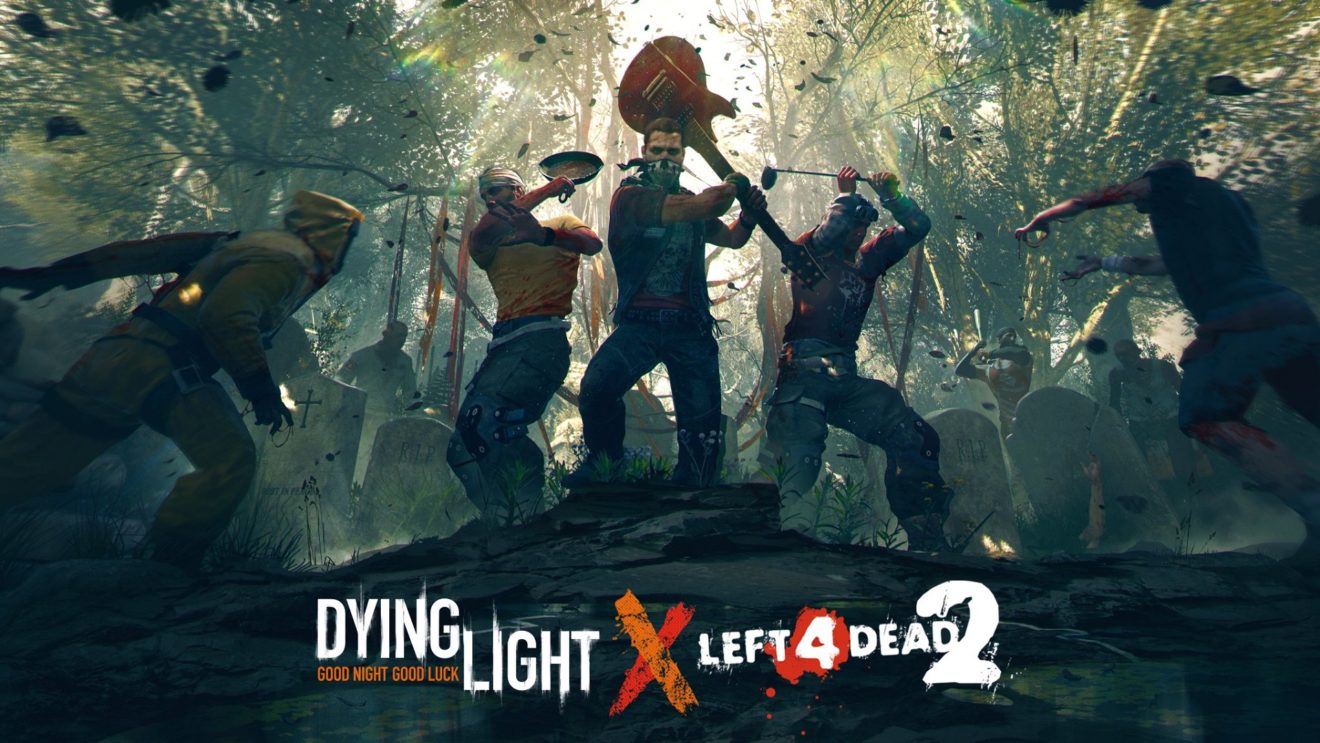 Dying Light is getting a Left 4 Dead 2 crossover

In a surprise announcement, Techland has revealed that its zombie survival game Dying Light is getting a crossover event with Valve’s Left 4 Dead 2.

All we have to go on currently is the image included with the teaser that shows a group of survivors with melee weapons raised surrounded by zombies. The caption adds that players should get ready for some “serious zombie slaying.”

Despite Dying Light launching over four years ago, developer Techland has continued to support the game with events, free DLC, new modes, and more. The developer held a fourth-anniversary event for the game earlier this year in which it offered double XP and gave away a number of items.

Dying Light’s sequel is currently scheduled to release in spring 2020 for Xbox One, PlayStation 4, and PC. Dying Light 2 puts players in control of Aiden Caldwell, an infected survivor who is living in the last great human settlement.