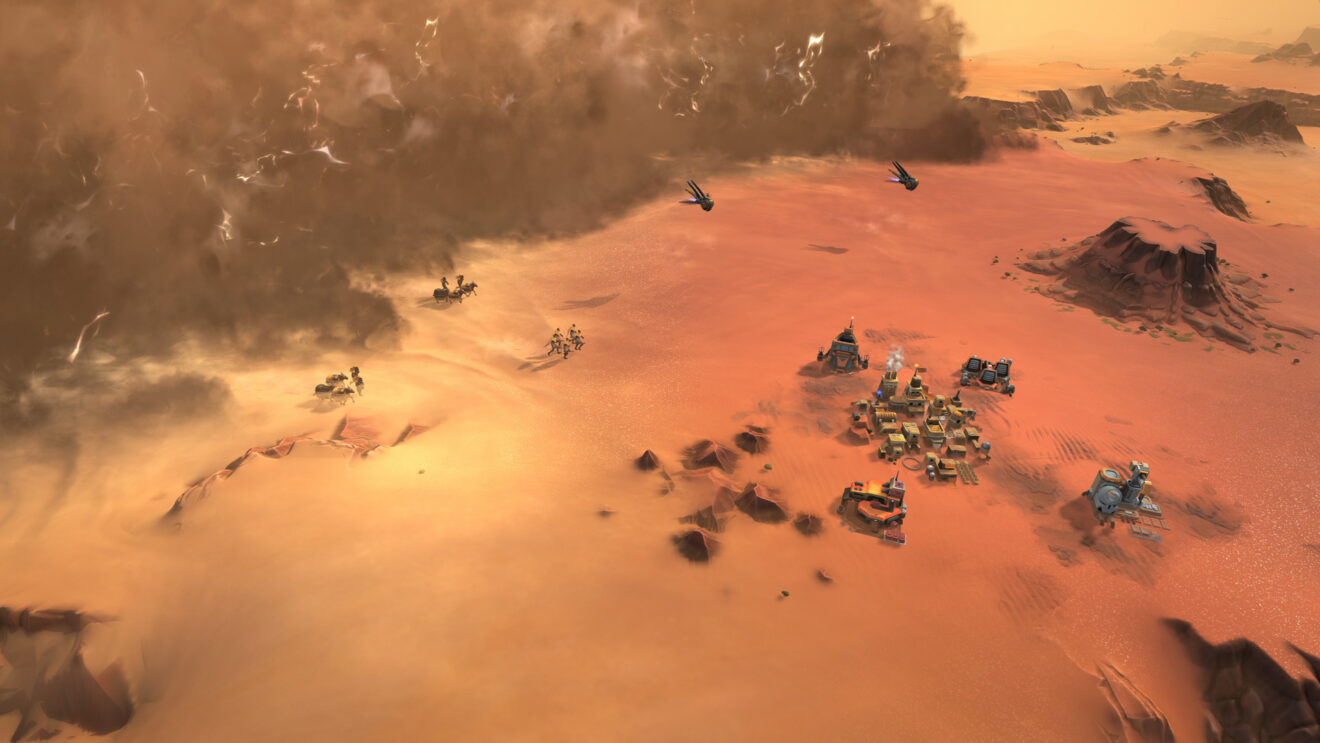 First up is the introduction of multiplayer, which allows up to four players to play at the same time. Players will have the choice between co-op and free-for-all player vs. player modes when multiplayer arrives this summer. Also planned for this summer is a new playable faction and a new victory condition.

Following these additions will be the Air & Sand update, which will let players create new buildings and units, including spaceports, ships, and other “advanced units.” Joining this update will be Heroes of Dune, which brings councilors to the battlefield as special agents or fighting units. Check out the full roadmap below: