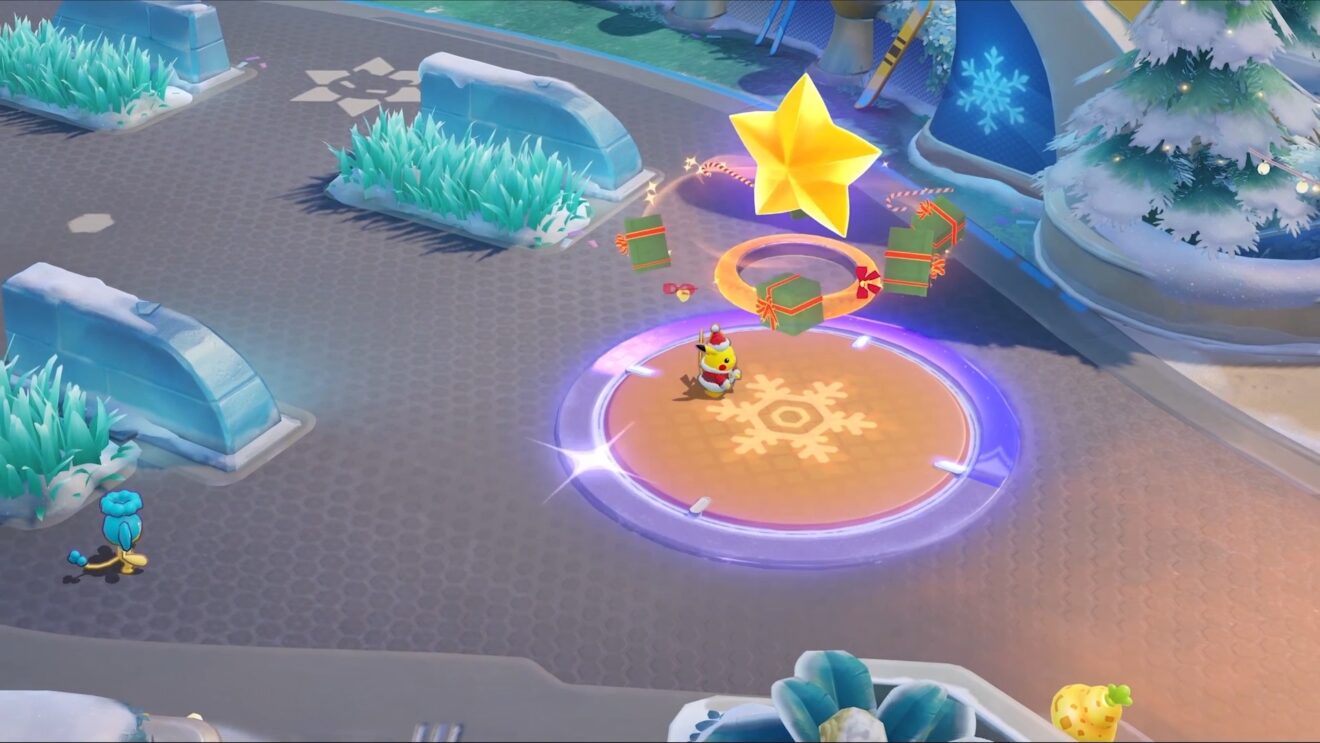 The Pokémon Company has revealed its plans for Pokémon Unite over the festive period.

Starting December 15th, players can take part in the Snowball Battle in Shivre City event. During Quick Battles, KO’d Pokemon will be frozen in place as snowmen until they revive, Delibird will appear on the field and offer players a random item if defeated, and the wild Pokémon in Shivre City’s central area will be replaced with Articuno two minutes into matches. In addition, new festive Holowear and Trainer fashion will be available.

Also going live on December 15th will be the Illumination Challenge. Players will need to light up the festive tree in the lobby by collecting lights earned through daily missions and challenge missions to unlock decorative items and bonuses, including a 1-Day Limited License for Alolan Ninetales.

In addition to the above, Dragonite will be joining the playable roster on December 20th. More information about this new Pokémon will be shared closer to release.

Finally, from January 1st through January 3rd, 2022, players will have access to every Unite license in the game.