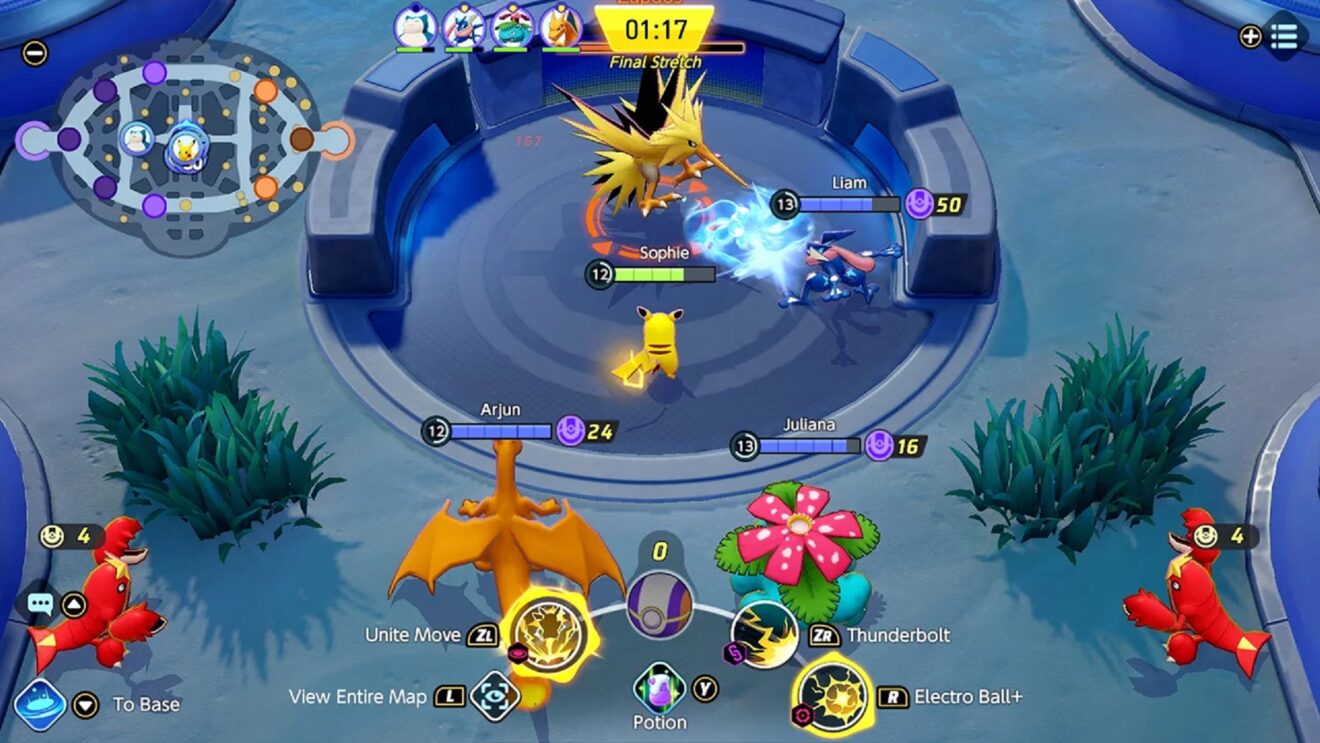 Dragapult is coming to Pokémon Unite

The Pokémon Company has revealed that Dragapult will be the next Pokemon to join Pokémon Unite.

The Attacker is scheduled to arrive on December 29th and “specializes in tricky maneuvers like dashing across the battlefield at high speeds while attacking or hiding itself and ambushing opponents,” according to the company. Dragapult’s Unite Move launches Dreepy at the enemy.

Also announced was that Season 13 of the Battle Pass will be live from December 26th until March 2nd. Players can unlock Dark Hero Style: Buzzwole, Dark Hero Set Trainer fashion items, and more by progressing through the pass.