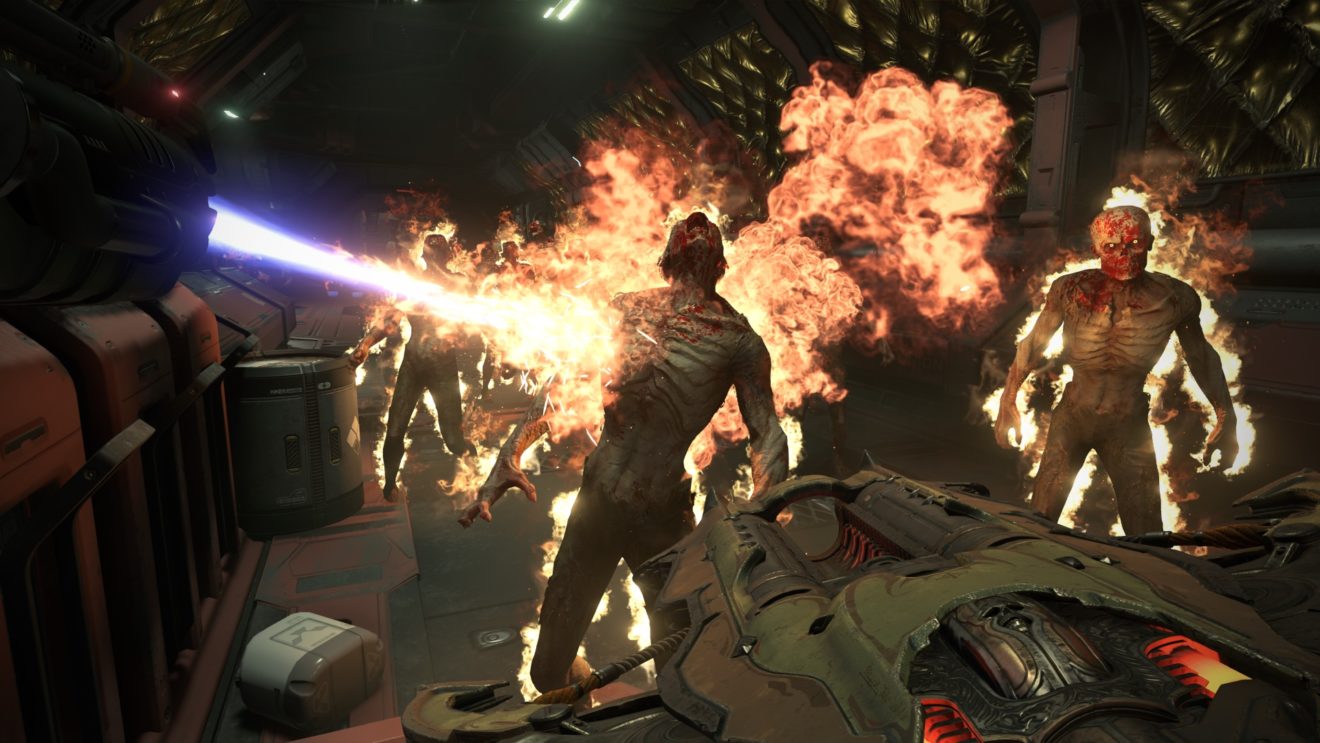 If you’ve already (obligatorily) ripped and torn your way through Doom Eternal‘s main campaign, then you’ll be happy to hear that id Software has teased the game’s first campaign DLC in the form of two whole screenshots.

The first screenshot slightly resembles the Makyr home world of Urdak, though there are enough differences to make us think this is an entirely new planet to explore, possibly delving deeper into Samuel Hayden’s connection to the Makyrs.

The second screenshot looks like it might take place on Earth, though that’s also unclear. Set in a large body of water, the screenshot showcases what looks like a giant, Doom-style oil derrick or outpost, with tracks connecting to more outposts, shipping tankers, and some sort of hover crafts.

As far as what stories the DLC will tell, the official description of the game’s Deluxe Edition on Bethesda’s website states that the DLC will feature “new perspectives and new ways to play” and that these “standalone stories explore the catalysmic events that led to Earth’s fall against the demons.” In other words, it appears that we won’t be playing as the Slayer but new characters, and that the DLC will actually take place between the events of 2016’s Doom and Doom Eternal—like the Rogue One of Doom.

As for when these DLC will launch, we don’t have a firm date, but Bethesda’s website states that they will both release “within [the] first year of Doom Eternal‘s launch date,” which was March 2020.

Doom Eternal is available on Xbox One, PlayStation 4, and PC, with a Nintendo Switch version planned for release at some point.