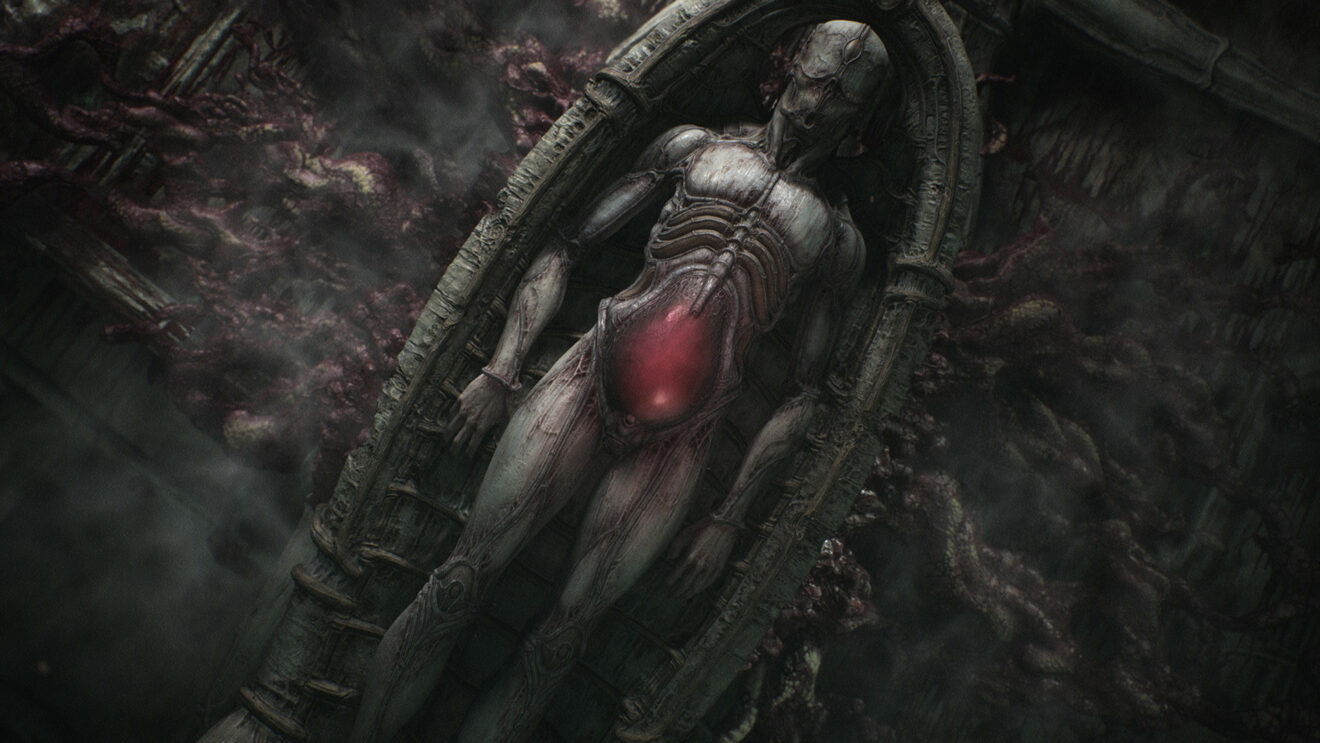 Ebb Software has released a new gameplay trailer for its upcoming first-person horror game Scorn, and it’s not going to help you sleep well tonight.

This latest look at the H. R. Giger–inspired adventure features eight and a half minutes of footage from Scorn‘s prologue, with only a couple of time skips. Most of the footage is relatively tame, at least given what we’ve seen in the past. We don’t even see any enemies outside of a quick montage at the end.

But there’s a moment that more than makes up for it, when the player solves a puzzle by shoving around a bloody, halfway-human body that might best be described as a scrunched-up, writhing man-egg. Our li’l ovoid buddy doesn’t look or sound like he’s having a good time, that’s for sure.

But hey, if being a little disturbed by body horror is your cup of tea, the team behind Scorn certainly looks to be putting a lot of polish into atmosphere that will deliver that in spades.