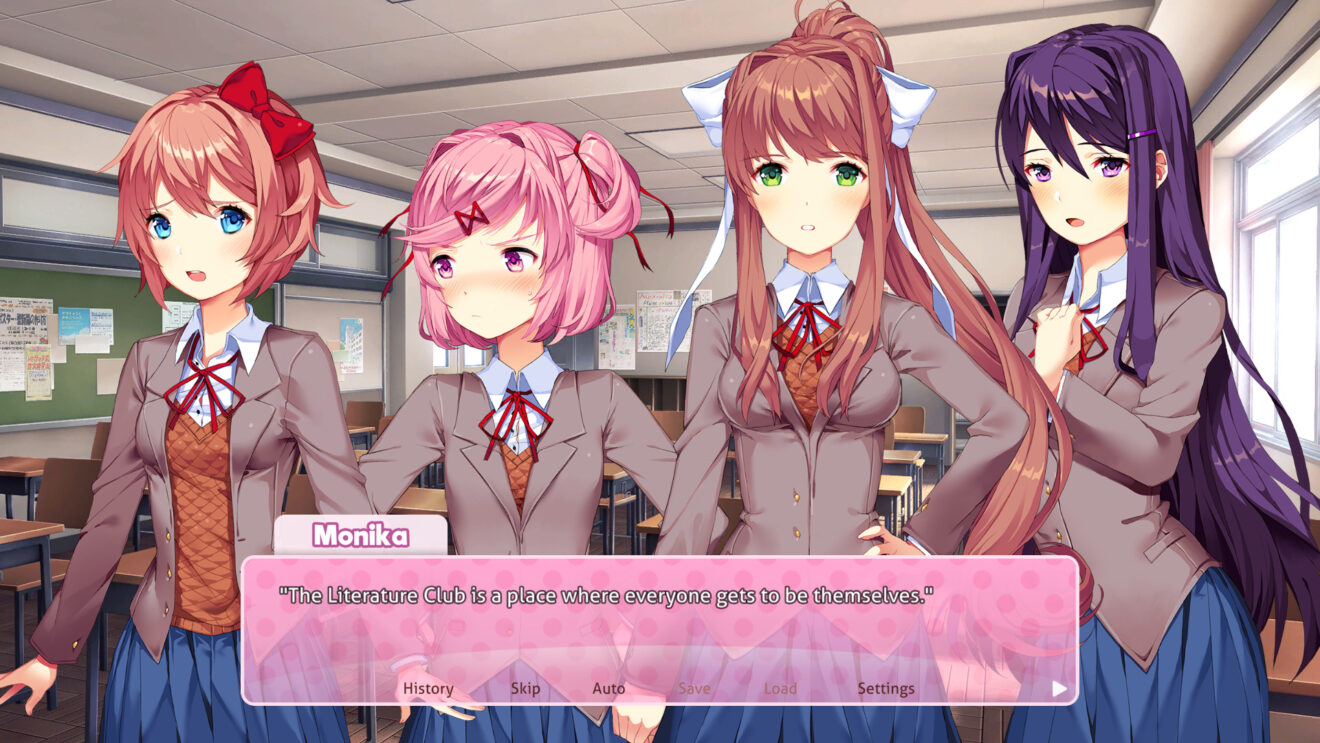 Doki Doki Literature Club Plus revealed for PC and consoles

Doki Doki Literature Club is getting an upgraded Plus release on PC and consoles, publisher Serenity Forge and developer Team Salvato have announced.

This new version of the game comes with HD visuals, new music tracks, and more than 100 images to unlock that contain secrets. Additionally, the Plus release introduces new Side Stories that will expand the world of the game and let players get to know the characters better. Watch the reveal trailer below:

The game originally released for PC in 2017 and follows the story of a student who joins the school literature club after being asked by his childhood friend Sayori. Players must write poems to get closer to the club’s members Yuri, Natsuki, and Monika.

“When we initially launched Doki Doki Literature Club, we never expected fans to embrace us the way they did. Four years later, the game still has a strong and growing community and we wanted to bring new content and upgrades to the game that would respect its legacy while enticing players with new experiences. We think the Plus version of the game with all its refinements and new content will be enjoyed by new and longtime fans alike,” Dan Salvato, the game’s creator, said.