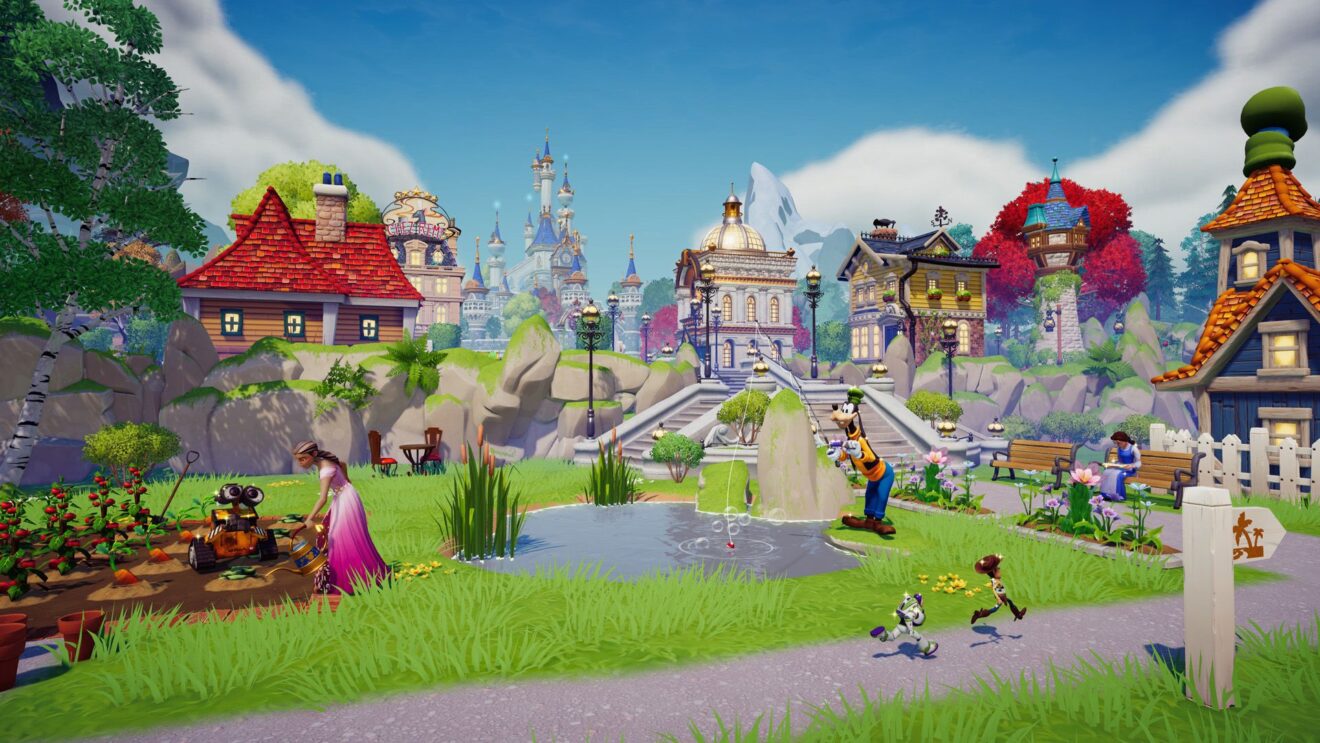 The game places players in the dream world of Dreamlight Valley, a once-idyllic village that is now dark and full of Night Thorns after a mysterious event called The Forgetting. Players will have to uncover the secrets behind the event as they explore diverse realms inspired by classic Disney and Pixar worlds and help various Disney characters regain their memories.

Experience “a multitude of unique individualized story arcs” alongside characters from Mickey and Friends, The Little Mermaid, Moana, Toy Story, and more.

Players will also be able to customize their avatars, homes, and villages with “Disney-princess-inspired ballgowns, Mickey-adorned streetwear, Frozen-inspired antique kitchen designs, and more.”

“Disney Dreamlight Valley will give our fans the opportunity to write their own story and build their ideal Disney and Pixar life within a richly detailed world populated with characters from some of Disney’s most iconic stories,” Luigi Priore, V.P., of Disney and Pixar Games, said. “We are excited to hear feedback from our audience throughout the development of this title as we collaborate with the talented team at Gameloft to bring Disney Dreamlight Valley to life.”

Disney Dreamlight Valley is scheduled to release in 2023 for PlayStation 5, Xbox Series X/S, PlayStation 4, Xbox One, Nintendo Switch, and PC. Before then, the game will be entering early access across all platforms for players who purchase a Founder’s Pack or subscribe to Xbox Game Pass.