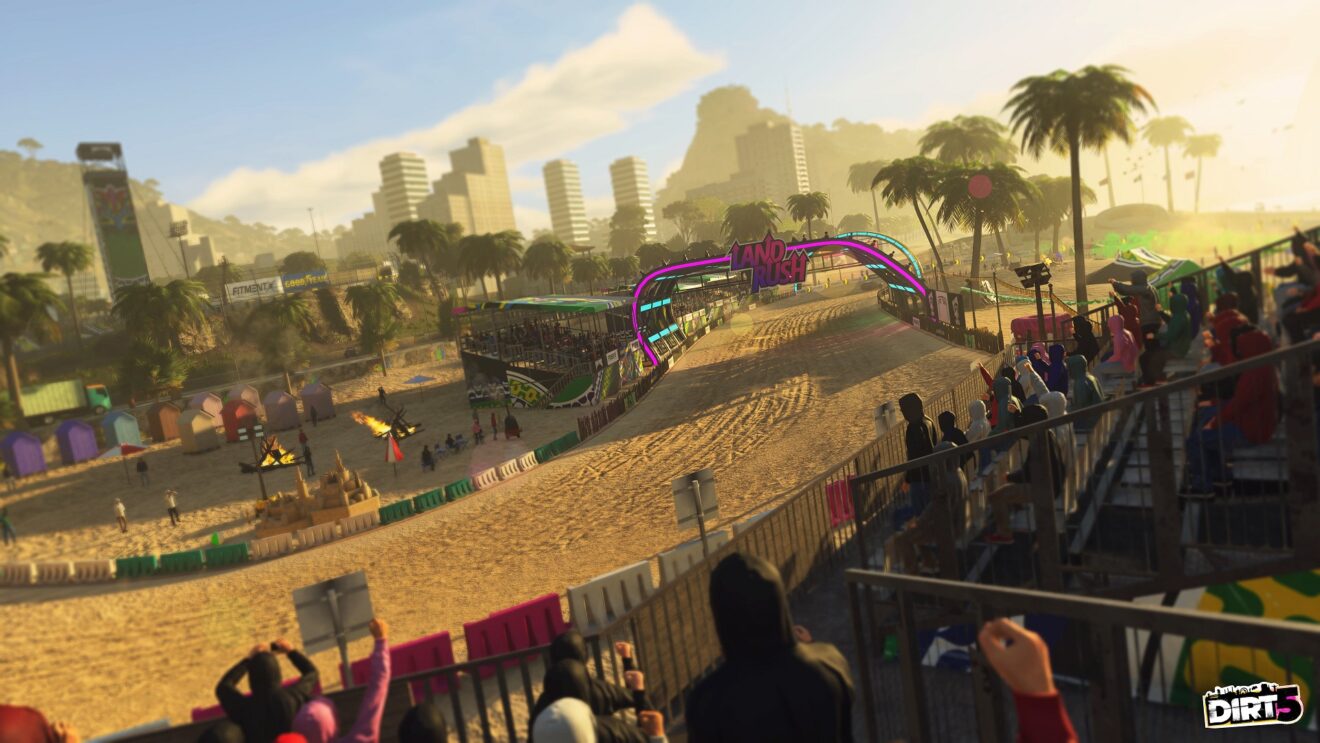 Dirt 5 is getting two new circuits in its 5.00 update

Dirt 5 is getting a big update next week on July 20th that will include new circuits, a Playgrounds pack, new DLC, and more.

Starting things off is the introduction of two new circuits for players to race around in Brazil. São Conrado and Rio Seafront are two new Land Rush tracks “set in the shadow of the impressive Pedra da Gavea peak, with the backdrop of lush rainforest on one side and the Atlantic Ocean on the other.” These tracks and their reverse variants are available in Arcade and Online private lobbies.

Also arriving as part of the update is the Parts Unknown Playgrounds update. This pack contains 20 new sci-fi-themed objects that can be used in Create Mode for Gate Crasher, Playgrounds, and Smash Attack.

Other additions include more real-world liveries for five cars, weekly events in Playgrounds, new achievements/trophies, and full haptic feedback and adaptive trigger support for the DualSense on PlayStation 5.