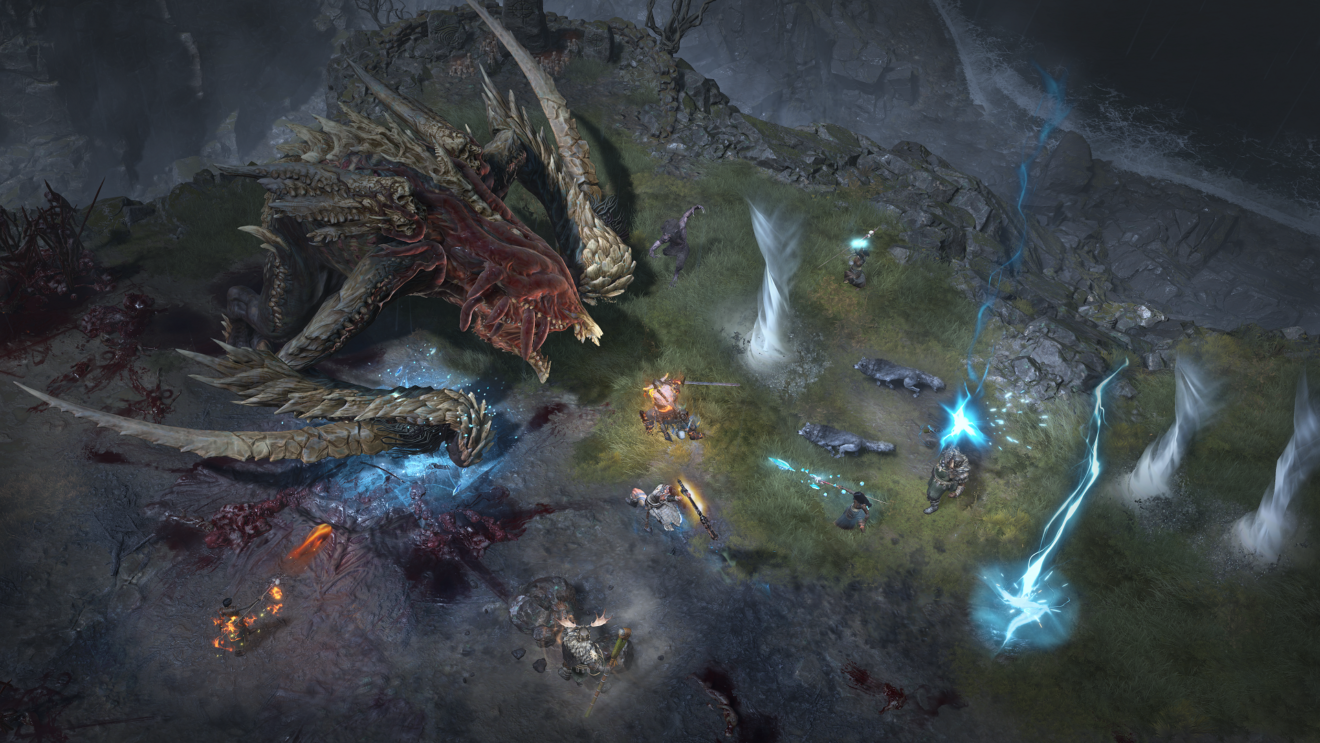 Diablo IV announced for Xbox One, PS4, and PC

Blizzard opened its show with a cinematic reveal trailer that showed four people in some sort of temple. Three of the four fight off monsters while the fourth attempts to get a door open. However, it’s quickly discovered that the blood of three is required. Three work together to open the door and move to the next room, but the fourth member is left behind to die. In turns out the group came looking for treasure, but are met with their demise and the return of Lilith.

The upcoming entry sees players attempting to bring hope back to the world by vanquishing evil, including demon-worshipping cultists and drowned undead, as one of several classes. During the announcement, Blizzard unveiled three of these classes: Barbarian, Sorcerer, and Druid.

Barbarians have access to the Arsenal ability, which allows them to carry and switch between four weapons by assigning them to individual attacks. While Sorcerers use the elements to destroy their opponents with fire, ice, and lightning. Finally, Druids can switch between werewolf, werebear, and human forms. Watch a debut gameplay trailer below:

“Sanctuary has been a home to Diablo players for more than 20 years, and it’s with our own deep passion for the series and a deep appreciation of the community that we announce Diablo IV today,” J. Allen Brack, president of Blizzard Entertainment, said. “We’re excited to be returning to the dark, quintessential Diablo gameplay that players love while expanding the world and story in new ways, and we can’t wait for more people to be able to experience it.”

Diablo IV is in development for Xbox One, PlayStation 4, and PC, but a release date has not been announced.