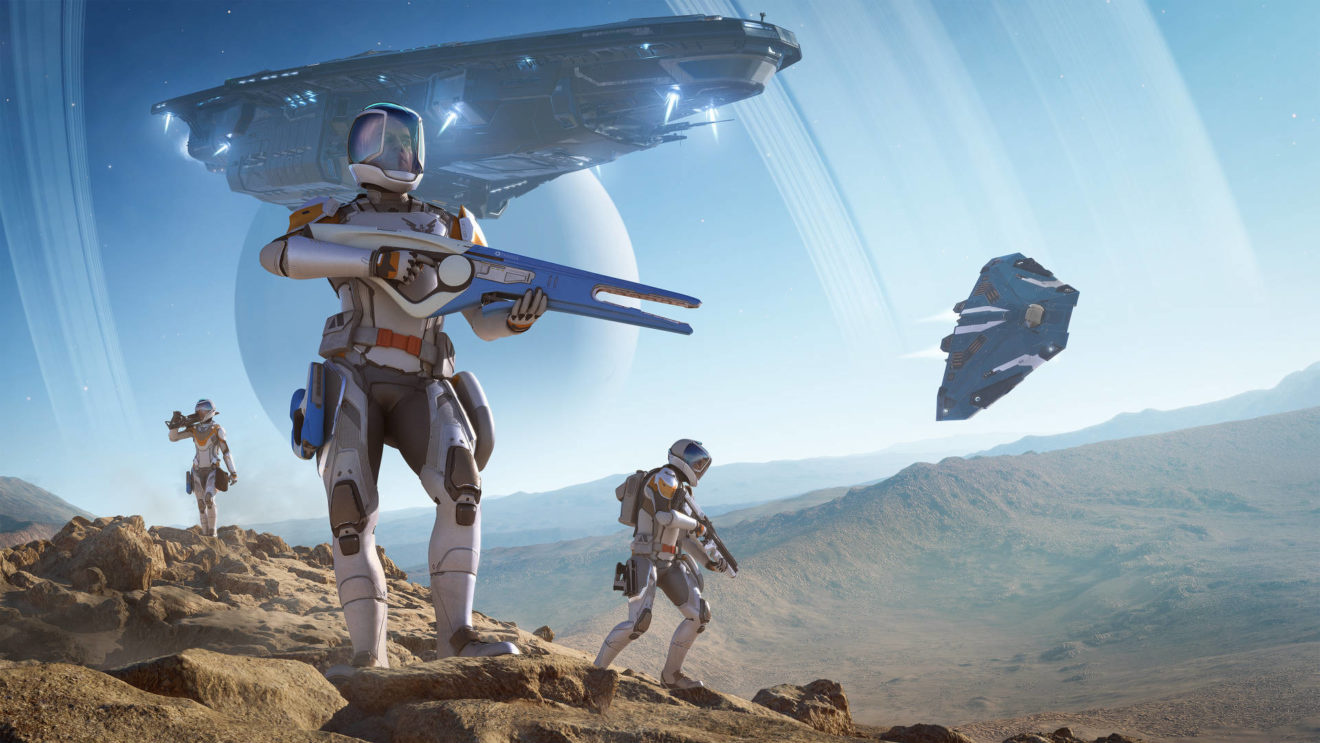 For the first time ever in the game, pilots will be able to step out of their ships in the upcoming Odyssey expansion for Elite Dangerous. And, of course, being on foot means a whole new system of on-foot combat.

Bringing more human-level encounters to a game that’s been centered around spaceships is a monumental task, and members of the team give us a look into just some of the work that’s gone into this goal.

“The Sphere of Combat demonstrates Odyssey’s transformative shift in Elite Dangerous gameplay, showing how Commanders who have found their feet can wield a wide selection of weapons to win out against any opponents,” reads the press announcement that came along with this trailer. “These new weapons will range from assault rifles, shotguns and SMGs, to heavier anti-spacecraft weaponry, each dealing deadly thermal, kinetic or explosive damage, and offering its own distinct advantages.”

Elite Dangerous: Odyssey promises a huge new slate of content for the game when it launched on PlayStation 4, Xbox One, and PC in early 2021.