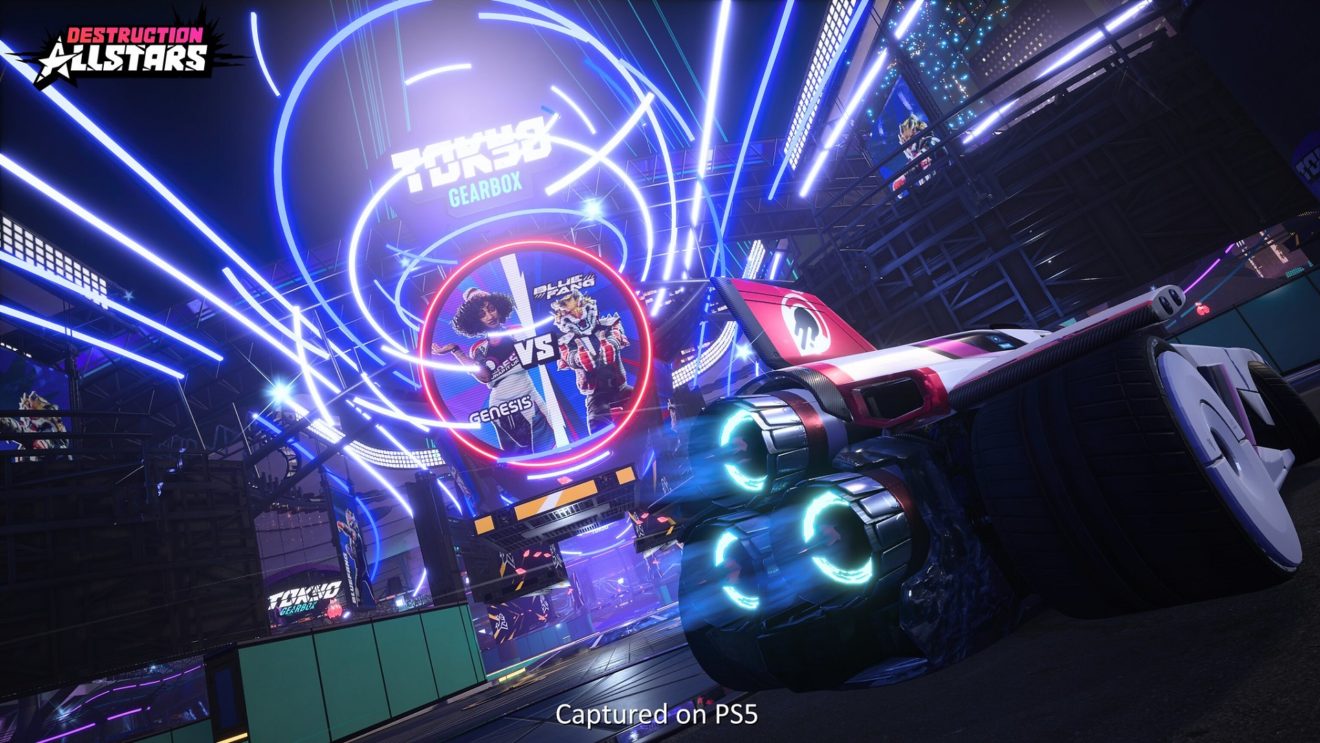 In the video below, game director Colin Berry shares an in-depth look at the game and its systems. Things open with an overview of the game’s cast and a quick look at Mayhem, one of the game’s modes.

We then move onto vehicle and hero abilities, which charge up during the match. Shyft can stealth his car for a limited time for sneak attacks on opponents and while out of his vehicle can turn invisible to disappear from the opponent’s minimap. While Lupita can leave a trail of fire that damages opponents who cross it both in her vehicle and on foot. Characters can also dodge, wall run, vault, double jump, and more.

As for game modes, Destruction AllStars will launch with four: Mayhem, Carnado, Stockpile, and Gridfall. Mayhem is the base mode and is a simple race to score the most points and Carnado requires players to wreck opponents to score points and then deposit them in the tornado in the center of the arena.

Stockpile is a point capture mode, in which players must collect gears from wrecked opponents to bank at one of three points and take control of it. The fourth and final mode, Gridfall, features a floor that will slowly fall away as the match progresses. Be the last AllStar standing to win.

Finally, the video goes over the customization options available in the game. Players can purchase skins, emotes, vehicle emotes, and shouts using two forms of in-game currency: AllStar Coins and Destruction Points. The former is earned by playing online and earning XP, while the latter is available to purchase from the PlayStation Store. However, later in the year, players can earn Destruction Points through daily and weekly challenges.