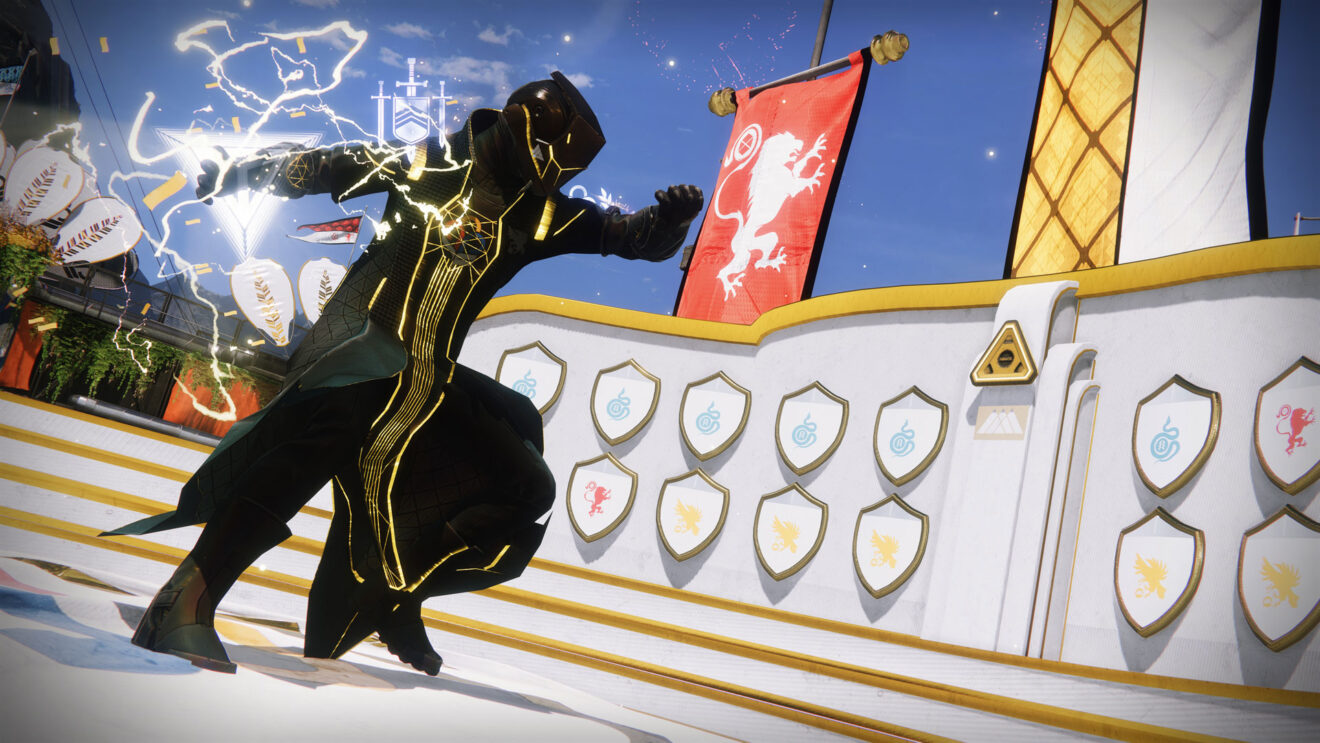 It’s once again time for Titans, Warlocks, and Hunters to compete for supremacy with the return of the Guardian Games.

Players will have to earn Strike medals from the competitive strike playlist and collect Laurels from PvE content to earn points for their chosen class. At the end of each week, there will be a podium ceremony with gold, silver, and bronze auras being granted based on each class’ current standing.

At the end of the event, a closing ceremony will take place and a commemorative trophy will be displayed in the Tower to honor the winning class.

Players taking part in the Guardian Games can unlock the Heir Apparent Exotic Machine Gun and catalyst, as well as a Legendary SMG, Exotic ship, and more. There are also some new Guardian Games-themed items to pick up from the Eververse.

The Guardian Games event is now live on PlayStation, Xbox, and PC until May 24th.