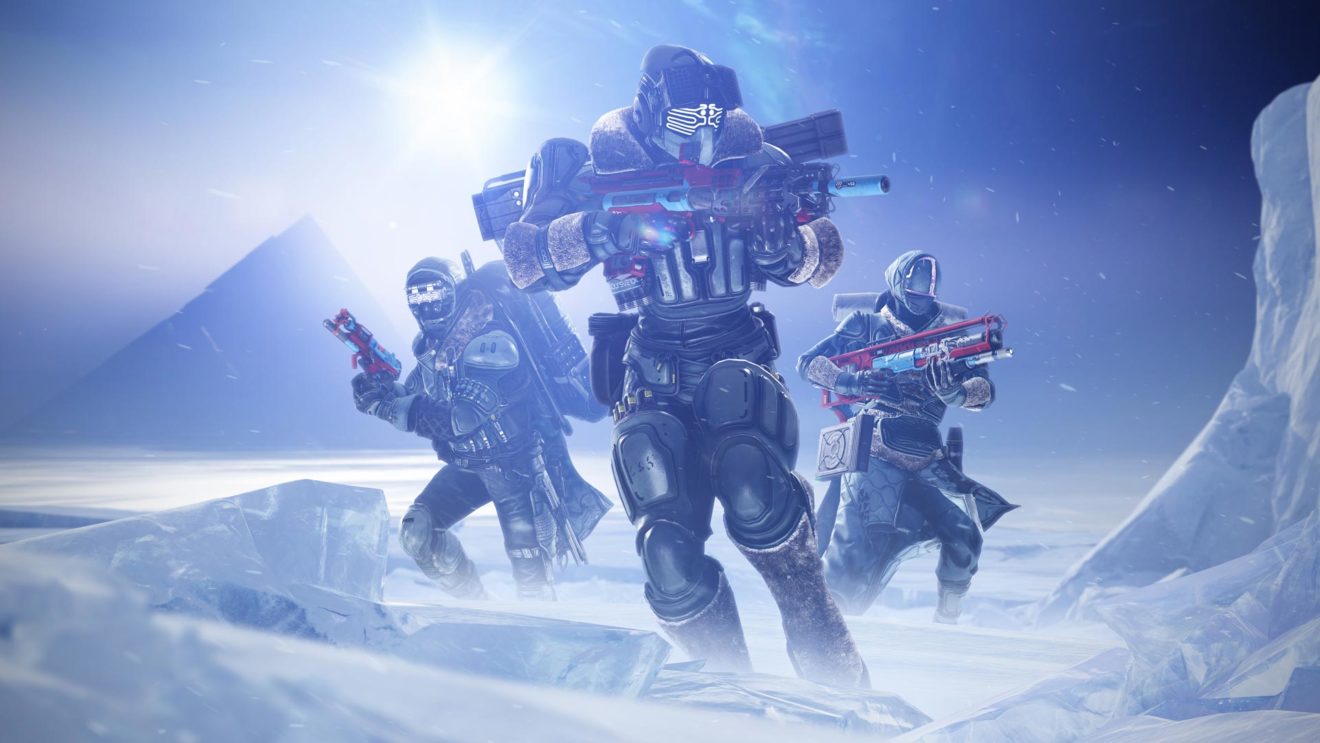 Destiny 2: Beyond Light trailer shows off new weapons and armor

A new trailer for Destiny 2’s upcoming Beyond Light expansion has revealed some of the new weapons and armor that players will be able to get their hands on.

Starting with the exotic weapons, there’s the No Time to Explain pulse rifle that can summon a portal which fires extra bullets from an alternate timeline and The Lament sword that can cut through shielded enemies and heal the wilder. Joining these are Salvation’s Grip, which will freeze nearby targets, and Cloudstrike, which summons lightning bolts with precision final blows.

As for the armor, Titans are getting the Icefall Mantle that replaces Barricade with an Overshield and Precious Scars, which grants an overshield to the player and nearby allies when revived. While Hunters get the Mask of Bakris, which lets them blink when dodging, and Arthrys’s Embrace, which grants a second ricochet to the weighted knife.

Finally, Warlocks are getting the Dawn Chorus, which causes Daybreak projectiles to deal extra damage and burn enemies, and the ability to spread poison to enemies on melee attacks with Necrotic Grip.

Destiny 2: Beyond Light launches November 10th for Xbox One, PlayStation 4, and PC.