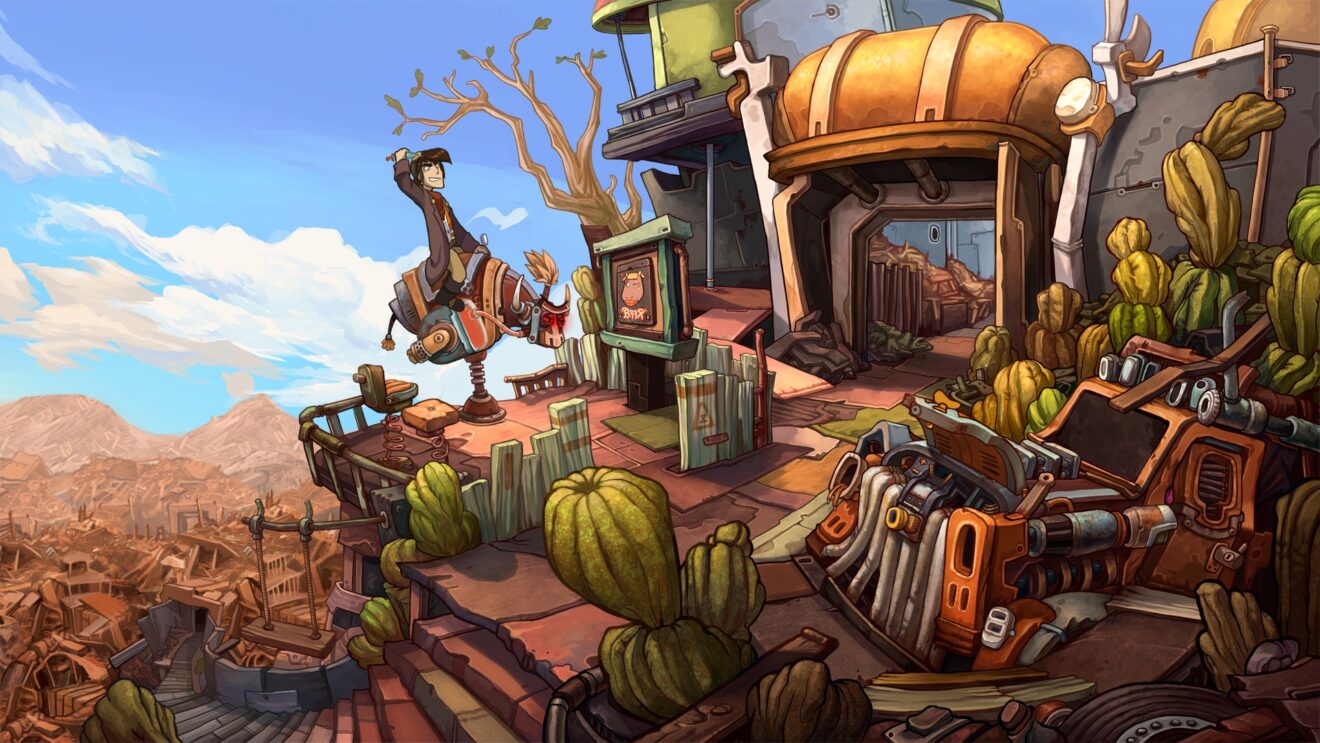 Daedalic Entertainment has teamed up with Super Rare Games to bring the Deponia Collection to Nintendo Switch in physical form.

The four-on-one cart release will come in Standard and Collector’s Edition variants, with the former being limited to 3,000 copies and the latter just 1,000 copies. The Collector’s Edition includes “a 208-page hardcover art book, a soundtrack CD, a full set of trading cards (including a guaranteed holographic), a sticker sheet, as well as the standard game case with all 4 games on cart, a logo sticker, and an awesome collector’s box.”

The game follows the story of Rufus, a citizen of the trash planet Deponia who is constantly trying to escape it. On one of these escape attempts, Rufus meets Goal and accidentally pushes her off her star cruiser and down to Deponia. As a result, he decides to hatch a new escape plan that revolves around getting Goal back to the floating city of Elysium and impersonating her fiance Cletus.