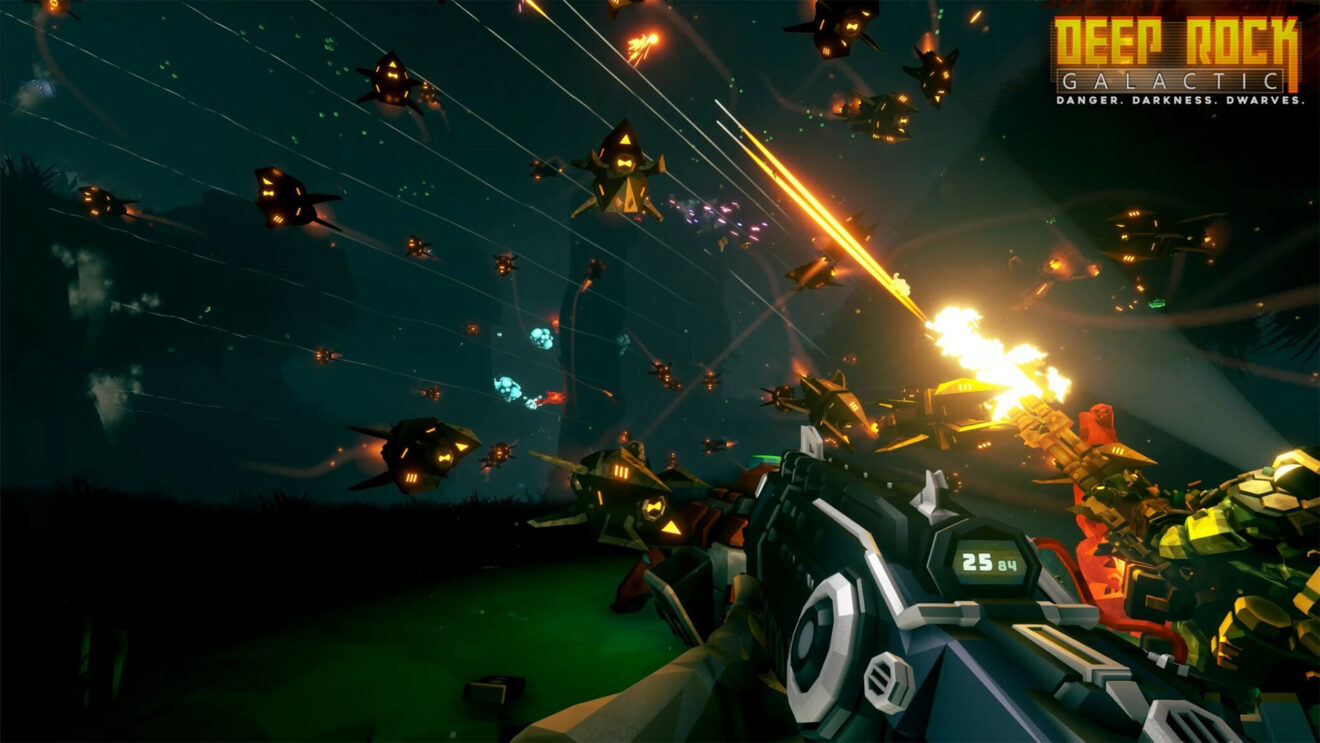 Wake up, miners. Deep Rock Galactic has finally unveiled its next update, and it’s a doozy.

Developer Ghost Ship Games announced Season 01: Rival Incursions. The game’s first themed season will add a ton of new content to the game, including a whole new rival company to contend with. A new mining company of “dastardly robots” has set up shop on Hoxxes IV and Deep Rock’s management “will have none of it.”

This backstory sets up the new mission type, which tasks players with locating and destroying the rival company’s data vault. First, players hack the vault’s power stations, which of course draws the attention of Hoxxes’ natural bug-like fauna. Once they gain access to the vault, players will have to contend with the vault’s guardian—a giant pyramid-like robot.

To aid in destroying the guardian and securing the data, Rival Incursions introduces four new weapons, one per class. Gunners get a remote-controlled micro-missile launcher called the Hurricane. Scouts get a new assault rifle called the Drak-25 Plasma Carbine that features a high rate of fire and no magazines to reload. The Engineer’s Lok-1 Smart Rifle is an SMG with the ability to lock-on target enemies. Finally, the Driller’s Corrosive Sludge Pump dissolves enemies into gooey puddles.

Last but not least, Rival Incursions debuts the Performance Pass, a free battle pass. Players can unlock 100 levels of cosmetics and other goodies without having to pay another dime. If you don’t unlock everything by the end of Season 01, you will still get a chance to do so another way that Ghost Ship will reveal later. If you do want to spend money, the new Rival Tech DLC pack features themed cosmetics for every weapon in the game.